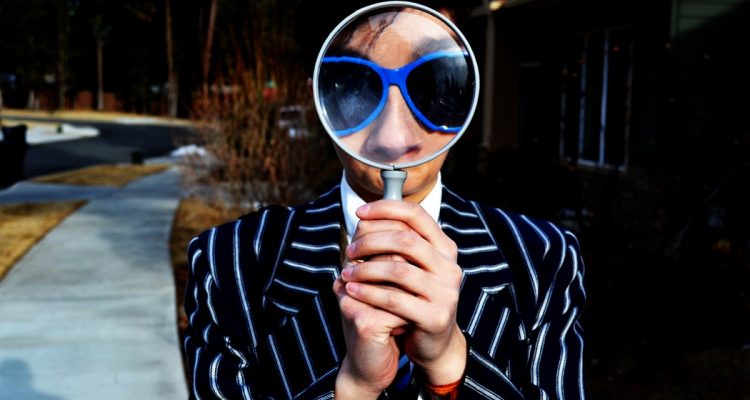 Do You See What I See? Rabbi Simcha Bunim of Pashischa

Every tzaddik has his own way of doing things. For the Seder night on Passover, there were tzaddikim who would invite many guests and some who would invite fewer. Rebbe Bunim would invite only a few of his most special students for his Seder. Thousands of chassidim would come to Pashischa for Passover, but it was forbidden for them to come to Rebbe Bunim’s  Seder. The Rebbe himself would arrange places for all of his chassidim, so that they would have a place to stay and eat with a family in the village. All the chassidim would pray together and hear Rebbe Bunim’s words of Torah together. But the rule was that if you weren’t invited to the Rebbe’s Seder, you don’t come.

One of the regular chassidim, who was not invited to the Rebbe’s Seder, went to the family that the Rebbe had arranged to host him. He saw that they were in great distress. They very much wanted to host him, they said, but they literally had no food for him. Even for themselves, they just barely had the required amount of matzah, and if they would include him, there would not be enough to go around.

Soon it would be nightfall, and the chassid had nowhere to go. With no choices, he went to one of the greatest disciples of Rebbe Bunim – Rebbe Yitzchak of Vorki (the founder of the Vorki and Amshinov dynasties), crying to him that he had nowhere to go for the Seder. “I will do you a great favor,” Rebbe Yitzchak said to him. “Even though it seems like it is against the will of the Rebbe – I will take you with me. I will bring you to the Rebbe’s table and you will sit with me. But there is one condition. You may not say a word. You must sit in silence from the beginning of the Seder until the end. Do not ask any questions. If you accept this condition, I will bring you with me.”

The chassid has no choice and it was also a golden opportunity, by Divine Providence, for him to attend the Rebbe’s Seder, something that only the privileged few merited. “Yes, of course, I agree to your condition,” he answered Rebbe Yitzchak.

Our chassid entered Rebbe Bunim’s home and sat in silence behind Rebbe Yitzchak of Vorki, as if he wasn’t there at all. The Seder went along uneventfully, until they reached the section, near the end, where Elijah the Prophet is invited to enter. When they opened the door for Elijah, somebody actually did enter. He seemed like a very simple farmer. The farmer went over to the Rebbe and began speaking with him about all sorts of mundane matters: the crops, the wheat in the fields and more. This went on for a long time. An absolutely mundane conversation. Try as he could to remain silent, our chassid couldn’t keep his question to himself. He turned to Rebbe Yitzchak and asked. “Who is this man, with whom the Rebbe is conducting such a long mundane conversation?”

“Shhhh!” Rebbe  Yitzchak responded. “You are here on the condition that you don’t speak and that you don’t ask any questions about what you see. But as long as you asked, I will tell you one thing: You see one person, I see somebody else and the Rebbe sees somebody entirely different.”

What do we learn from this story? The uninitiated see the farmer as a simple man, with nothing special about him. But the great disciple, Rebbe Yitzchak of Vorki, says that he sees someone else and that when the Rebbe looks at him, he sees someone entirely different.

Some people judge others according to their externality. They think that what they see on the surface is all there is to the person. Actually, they are judging them according to their bodies or garments. Other people go deeper. They can see the soul and when they speak with someone, they don’t look at his body, but at his soul. Then there is a third type of person, a true Rebbe, who sees not only the soul but the soul root. Every person has a soul root, “An actual part of God Above,” in the words of the Tanya. They can see how this person is connected at his root all the way to God’s Absolute Essence. This is the aspect of “the soul of souls” seen by the Rebbe.

Our story does not tell us who the farmer was. But if we judge by his timing, he could very well have been Elijah the Prophet. What we can learn from this is that when we look at someone, we must not dwell on our first impression, which is very superficial and doesn’t say anything about the person. If we merit and learn much Torah, we will be able to see the person’s soul. Whoever will be a Rebbe – and the Lubavitcher Rebbe said that in our generation everyone can be a Rebbe – can see something entirely different. He can see the other person’s soul root.

This is a beautiful story about Rebbe Bunim of Pashischa, which exemplifies his wisdom. He was the wisest of all the tzaddikim of his time. A wise person of the impure husks can only see superficial things, but the penetrating eyes of a truly wise person learned in the Torah, sees the soul. And the Rebbe can even see a person’s soul root, the very essence of the soul.