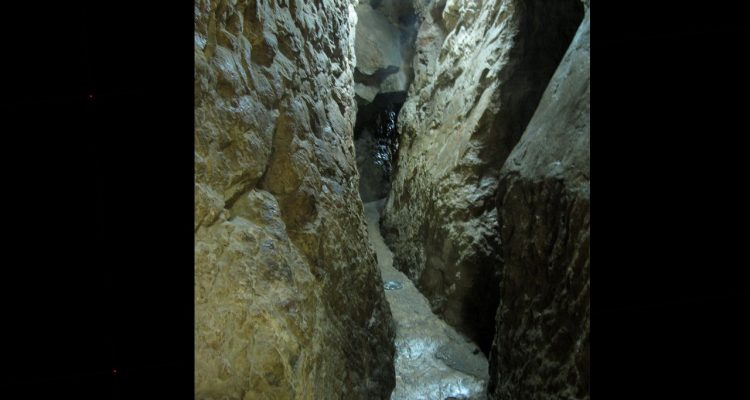 From the Teachings of the Mei Shiloach: Rabbi Mordechai Yosef Leiner

The seventh of Tevet is the day of passing of Rabbi Mordechai Yosef Leiner of Izbica, the author of the book “Mei HaShilo’ach.” Rabbi Mordechai Yosef was one of the illustrious disciples of Rabbi Simchah Bunim of Parshischa. After Rabbi Simcha Bunim’s passing, he followed the leadership of his colleague, Rabbi Menachem Mendel of Kotzk until he understood with his holy vision that he should lead his own congregation. His son and successor was Rabbi Yaakov, author of the Beit Yaakov, who greatly expanded upon his father’s teachings. His grandson was Rabbi Gershon Chanoch Henech, known as “Ba’al Hatchelet,” referring to his book on the identification of the Biblical blue-violet color required for the tzitzit. The Mei HaShilo'ach’s famous disciples were Rabbi Leibel Eiger (known eponymously as the Torat Emet) and Rabbi Tzaddok Hacohen of Lublin.

Dance of the Tzaddikim

The Mei HaShilo’ach explains that when we recite the Shema, we should concentrate on the words of the sages that, “In the future, God will make a dance for the tzaddikim and He will sit among them in the Garden of Eden.”[1] The dance referred to here is the Hebrew word, machol, which means circle. A circle has no beginning and no end. When people are dancing in a circle, they are all equal, since they are all the same distance from the center, and God is in the center of the circle. This is possible when we realize that relative to God’s essence, we are all equal. This depiction of the tzaddikim dancing in a circle reminds us of the Lubavitcher Rebbe’s words, that in the future, we will all dance with God in the Holy of Holies. This dance to is meant to also reveal the equality of all.

The Mei HaShilo’ach explains this four-part teaching as follows: Every time that a person has a thought or a wish, a desire or antiipates joy from a particular event or item, he should analyze it with four soulful tests that build on one another. Testing his expected desire or wish in this way will reveal if it originates from holiness or if it includes some sort of personal interest from which, he should sever himself. A person seeking to serve God fully should be asking himself, “Are the joys and wishes in my life truly what God wants from me? Or are they just the product of my personal whims and cravings?” If he finds that he is self-absorbed, he can rectify the situation by nullifying his own will before God’s will.

The first step of the test is described by the sages’ words, “One should always aggravate his good inclination against his evil inclination.” Contemplate the fact that attaining or fulfilling a desire or lust in this world, i.e., our present reality, can only be temporary and fleeting. Even holy joy in this world has an evanescent element. Ours is the “world of falsehood”. Today we are here, tomorrow we are not. This contemplation helps us identify the fact that the thought or desire we have is not truly for the best and we can reject it. If however, we still feel an attraction, then we know that the thought or desire has passed the first test and we can continue to the next one.

The second test is “engage in Torah study.” The Torah is the spice needed for the evil inclination. It reveals that anything that we can attain in a forbidden manner can also be attained in a holy manner. “Everything that the Compassionate One prohibited, He allowed something similar.”[3] In this test, we should think: If my desire is positive, then I will certainly find a way to satisfy it within the Torah. If the desire is then nullified, good. If the desire persists, we move on to the third test.

The third test is “read the Shema.” There is a touch of pride in the study of Torah. A person may feel that he knows Torah, that he is even quite the Torah scholar. But when saying the Shema, we are all literally the same—like the round circular dance of the tzaddikim. This completely nullifies pride. If after nullifying our pride, the desire is nullified, that is good. If not, we proceed to the fourth and final test of its origin.

The fourth test is: “Remember the day of death.” The first stage of this analysis is to employ the awareness that every person ultimately dies. The fourth step is to generate the feeling that I am literally dying at this very moment (this is the inner intention of bending over with head on the arm in the Tachanun prayer, according to Kabbalah). If after this, I still have the same desire, it is a completely blessed wish, from the side of holiness. Then we can proceed to fulfill the desire, to enjoy it boundlessly with “assertiveness and through material extension”—two foundational concepts found in the teachings of the Mei HaShilo’ach.

Rabbi Leiner uses the principle behind these 4 tests to explain Jacob’s reaction to hearing that his beloved son, Joseph, was still alive. After twenty-two years of disconnection, Jacob feels tremendous joy at the prospect of seeing his son again. However, to do so, he realizes that he will have to, in his very old age, travel to Egypt and leave the land of Canaan, because Joseph would not be able to abandon his duties as viceroy in order to come and visit him. In addition, Jacob wants to determine if this joy and his anticipation and desire to see his son stem from natural fatherly feelings or if it is completely from the side of holiness, which goes beyond nature to add a Divine dimension to nature. Jacob had spent his entire life with apprehension about committing a sin that would distance him from holiness. So he begins to apply these four tests.

First Jacob says, “I will go and I will see him [Joseph] before I die.” Jacob reminds himself that everything in this world is transient. This is the first test. Later, the Torah relates, “And he offered sacrifices to the God of his father Isaac.”[4] This refers to his engaging in Torah study, the second test, for the Torah was given “from the mouth of might,” and Isaac is the archetypal soul of the sefirah (or attribute) of might.

Next, the dramatic meeting between Jacob and Joseph happens. Joseph falls on his father’s neck and cries. Rashi comments that even though Joseph cried on his father’s neck, “But Jacob did not fall on Joseph’s neck and did not kiss him, and our rabbis said, that he was reciting the Shema prayer.”[5] This is the third test, as we saw earlier. Finally, after this, Jacob says to Joseph, “I will die this time, after I have seen your face, that you are still alive.” This is the fourth test. Now Jacob returns to the starting point. “I will die this time” parallels his words during the first test, which were, “before I die.” After he has successfully passed all the tests, he returns to his initial emotion of joy, with even more intensity. The words “after I have seen your face” are added here. I see your face literally means (in Hebrew) that I see your internal qualities. I see that you have remained righteous and sense that all is in line with the inner dimension of God’s will.

Pictured: The waters of the Shiloach in Jerusalem