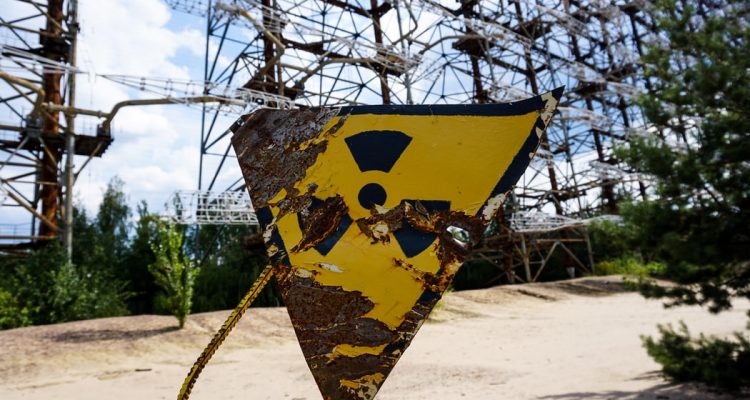 Rabbi Nachum of Chernobyl: Is the World Refined Enough to Turn Evil to Ashes?

Rebbe Menachem Nachum of Chernobyl (also known by the title of his book, the Ma’or Einayim) founded the dynasty of the Chassidut of Chernobyl. He was the eldest of the disciples of the Maggid of Mezritch and even had the merit to learn directly from the Ba’al Shem Tov, himself. According to the Lubavitcher Rebbe, Rebbe Nachum was the grandson of Rabbi Adam Ba’al Shem.

Rebbe Nachum traveled from Jewish town to Jewish town to awaken the people to follow the path of ethics and Chassidut. After the passing of his mentor, the Maggid of Mezritch, many chassidim saw Rebbe Nachum as his successor, and Rebbe Nachum became a Chassidic Rebbe. He established his court in a number of places until it settled permanently in Chernobyl (Ukraine).

Among Rebbe Nachum’s disciples were the Bat Ayin (Rebbe Avraham Dov of Avritch) and his son, Rebbe Mordechai of Chernobyl. His famous book, Ma’or Einayim, is one of the fundamental books of Chassidut. Additional Chassidic sects that stemmed from the Chernobyl court are Tulna, Skver and Rachamstrivska (Rachmistroika).

Rebbe Nachum passed away on the 11th of Cheshvan and was laid to rest in Chernobyl.

There were two situations in which Rebbe Nachum of Chernobyl would act with particular self-sacrifice: Redemption of captives (like many of the disciples of the Ba’al Shem Tov) and spiritually helping women in the throes of a difficult childbirth.

Once, a case of a particular woman in the midst of a most difficult birth was brought before Rebbe Nachum. She was literally in danger of death. Rebbe Nachum had ruach hakodesh (holy spirit) and saw that he could not help this woman. He did not have the power to hasten the birth.

(Just as nowadays, there are technical methods to hasten a birth, a tzaddik has his own methods – a special power to inject [l’hazrik in Hebrew, the secret of the zarka segol in the cantillation notes] spiritual power to hasten a birth). In the case of this woman, Rebbe Nachum felt that he did not have the power to help. As Rebbe Nachum was contemplating this sorry state of affairs – and of course, feeling sorrow to the depths of his soul, for this was one of his personal areas of self-sacrifice—a messenger ran into Rebbe Nachum’s study hall and happily announced that the woman had given birth to a son, in good health.

Rebbe Nachum joined in the hearty rounds of mazal tov (congratulations). But inside, he was perplexed. After all, he had seen with his ruach hakodesh that this was a lost cause (the numerical value of Mashiach (משיח) also equals “a lost cause” (מקרה אבוד); we must give birth to him). Thus, he found it difficult to understand how this woman gave birth in good health. Rebbe Nachum began to ask exactly what had transpired.

This woman did not live in Chernobyl, but rather, in a nearby village. The people present told Rebbe Nachum that in that village, there lived an elderly non-Jew who would give medicines and charms for all sorts of situations. When the people caring for this woman saw her desperate situation, they called the elderly non-Jew, and his medicine immediately worked.

“I must meet this old man,” said Rebbe Nachum. “I also have charms, but this time they did not work. I want to meet this man and discover the source of his power.”

Rebbe Nachum went to meet the old man, who received the rabbi cordially.

“What is the source of your power?” asked Rebbe Nachum. Where did you learn to make these medicines and charms?”

The old man answered directly. “I am connected to powers of impurity, demons and spirits and I learned my profession from them.

“I would also like to learn this profession,” Rebbe Nachum said. “Can you take me to your mentors?”

The old man agreed and led Rebbe Nachum to a certain place in the field, where they sat and waited. After some time, a cat with two tails suddenly came out of a hole. The Rebbe and the old man looked at the two-tailed cat for a few seconds and suddenly Rebbe Nachum heard a booming voice from heaven commanding him, “Bow down to the cat!” As soon as he heard that, Rebbe Nachum shouted with all his might, “Shema Yisrael, Hashem Elokeinu Hashem Echad!” (Hear O’ Israel, Havayah is our God, Havayah is One). The cat evaporated into thin air and the entire area, which was full of spirits, demons and impure forces, quaked.

Rebbe Nachum did not want to harm the old man. “Let us leave quickly,” he told him, “before I obliterate the entire reality in this valley.”

A Good, Good Jew and a Good, Bad Jew

This story was told by one of the great tzaddikim of that generation, Rebbe Baruch of Mezhibuzh, who was the Ba’al Shem Tov’s grandson. Rebbe Baruch was also a very good friend of Rebbe Nachum’s. When Rebbe Baruch would tell this story, he would end it by saying, “If I had been there, I would have turned them into ash. I wouldn’t have sufficed with the disappearance of the cat and the quaking and then left. I would have turned the entire area into ashes.”

Why didn’t Rebbe Nachum, whose power was certainly as great as Rebbe Baruch’s,  turn everything into ash? Why was he content with a minor earthquake and then quickly left, “before he would obliterate the entire area?”

Apparently, Rebbe Nachum understood that the time was not yet ripe for the complete fulfillment of the verse, “And the spirit of impurity, I will remove from the land.”[1] The elimination of the spirit of impurity is one of the signs of the redemption and it is also one of the signs of our generation – that things for which the time was not yet ripe in previous generations have now matured and their time has arrived.

All the tzaddikim who were disciples of the Ba’al Shem Tov—except for those in the Chabad tradition—were called “a guter yid” (a good Jew). When Rebbe Baruch of Mezhibuzh spoke about his friend Rebbe Nachum, he depicted the difference between them, saying, “I am a beizer gutter Yid (a good bad Jew) and Rebbe Nachum is a guter guter Yid (a good, good Jew). In other words, one can be a good, good Jew, and one can be a good, bad Jew—bad toward those who deserve to be related to in this way—bad in order to rectify the reality through the attribute of might.

The good bad Jew would have turned them into ash, but the good, good Jew just caused a shake-up and temporary nullification of the impurity. Until the Mashiach comes, however, that reality still needs rectification.

The Matriarch Rachel: The Root of Salvation for Difficult Childbirth

The 11th of Cheshvan is also the day of the passing of our Matriarch Rachel, who died in childbirth. Why couldn’t her husband Jacob activate some spiritual power to help her? Was he less powerful than the Ba’al Shem Tov and all the tzaddikim who knew how to arouse mercy on women in difficult childbirth?

First, sometimes, it is necessary for someone to volunteer to actually sacrifice his or her soul so that afterward, it will be possible to save tens of thousands of similar cases. The power of Rachel’s self-sacrifice gave power to the tzaddikim in all the generations to help women in difficult childbirth.

The core event that propelled the world forward was the giving of the Torah, but in every generation, there is a greater drawing down of the energy of the Giving of the Torah: “Every day they should be new in your eyes,”[2]—literally new.  The Giving of the Torah and progress toward Mashiach takes place in every generation—even though thousands of years have passed. This is why there are things that are possible today, that would have been impossible yesterday. Even in external reality, in technology, for example, there is progress all the time. Just as there are new innovations today that did not exist previously in external reality, the spiritual realm is progressing as well.

Photo by Ilja Nedilko on Unsplash