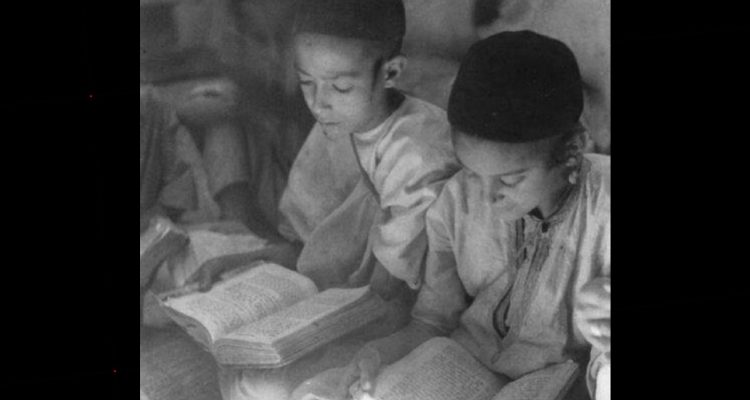 Rabbi Berish of Biala: Wise at any Age

The holy Rabbi Dov Berish Landa of Biala was born in 5580 (1820) to his father, Rabbi Avraham Landa, the Gaon of Metchanov. Initially, Rabbi Berish was a disciple of the Alter Rebbe of Vorki, but even then, he belonged to the holy group that followed his son, Rabbi Menachem Mendel of Vorki. After the passing of the Alter Rebbe of Vorki, he became completely devoted to Rabbi Menachem Mendel, until his passing in 5628 (1868). Following his rebbe’s passing, Rabbi Berish was a rebbe in Biala for eight years, until his passing on the 25th of Sivan 5636 (1876). Two Chassidic dynasties were established by his followers: The dynasty of Alexander, established by his disciple, and the dynasty of Strikov, established by his son.

The sages teach that according to the Torah, the word for “elder” (זָקֵן) is not an indication of age, but rather, of the level of the person’s wisdom. Following this principle, the letters of the word “elder” can be viewed as initials of the phrase, “this person has acquired wisdom” (זֶה קָנָה חָכְמָה). Thus, even a child or young man can be called a wise elder, as it refers to his wisdom.

Chassidut explains that the wisdom in question is not the mastery of masses of information, but rather, the inner power of the sefirah of wisdom, whose inner experience is the power of nullification. A person who has an internal sense of standing nullified before God in his heart, is considered an elder who has acquired wisdom. This power of nullification within wisdom is alluded to by the permutation of the word for “wisdom” (חָכְמָה) into the phrase, “power of naught” (כֹּחַ מָה), meaning the power to nullify one’s self.

Wisdom is also related to the power of sight. It is the intelligence that integrates reality with direct experience. The acquisition of wisdom is expressed by seeing Divinity, the feeling of God’s presence and clearly seeing Divine Providence in reality.

Sometimes, it is specifically small children or young people who can see Divinity much more clearly than adults. Rebbe Berish of Biala was a true avreich (a young learned man), as Joseph was called in Egypt when he ascended to greatness at an early age (Genesis 41:43): “And they called him avrech” (Av, father—in wisdom—and rach—tender in years; Rashi Ibid.).

The illuminating wisdom of Rebbe Berish, who had a great soul and was an elder sage even when he was young, is expressed in this story in two ways:

Rebbe Berish exemplifies the saying of the sages in Pirkei Avot: “Who is wise? He who knows his place.” He clarifies his place for himself and his rebbe endorses him. From this story we see that a wise person has an ample portion of holy chutzpah. The young Rebbe Berish was not embarrassed to sit in his worthy place—according to his wise perception—even though it may have raised some eyebrows and seemed audacious to others. This holy chutzpah is relevant to the true wise person, about whom it is written, “Wisdom is a stronghold to the wise man” (Ecclesiastes 7:19). Wisdom affords the wise with dauntlessness, strength of character and even holy boldness (particularly as we approach the coming of Mashiach, when one of the signs of the footsteps of Mashiach is that chutzpah will increase).

This story was told by