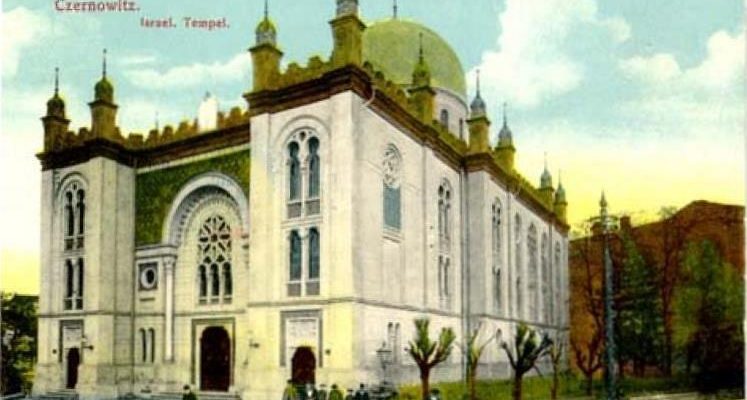 Rabbi Haim Tirrer, known eponymously after his book, “Be’er Mayim Haim”, was the disciple of Rebbe Yechiel Michel of Zlotschov. He was born in 5506 (1745) to his father, Rabbi Shlomo, who was a disciple of Rabbi Nachman of Horodonk. In 5542 (1786) Rabbi Haim was asked to be the Chief Rabbi of Chernowitz, a position that he maintained for many years. Following the annexation of the Bukovinah district by the Austrian empire and after he battled the Austrian government on behalf of the Jews of Vienna who were expelled then, Rabbi Haim left his position in Chernowitz so that he could make aliyah to the Land of Israel. After crossing the border to Moldova, he became the rabbi of Botosha and later of Kishinev. Rabbi Haim finally arrived in the Land of Israel in 5573 (1812) and settled in Tzfat. He passed away on the 27th of Kislev 5578 (1817), the third day of Chanukah, and was buried in the ancient cemetery of Tzfat.

When Rabbi Haim arrived in Chernowitz, he discovered to his dismay that on every Shabbat, in Chernowitz’s central synagogue, a special Shabbat event with mixed dancing was held. Mixed-gender dancing is prohibited by Jewish law. On his very first Shabbat as Rabbi, Rabbi Haim declared: “You have appointed me to be your Rabbi. And now this negative custom shall be nullified!” The community leaders came to Rabbi Haim and complained: It is impossible to cancel a major weekly community event.

When Rabbi Haim heard their appeals, he became very serious and promised: “If you agree to permanently cancel the dance, there will not be a fire in the city. Fires were the bane of all the communities in the region, as the homes were all built of wood and fires would occasionally destroy them. This promise was very convincing, and the community leaders promised to abide by the Rabbi’s ruling.

Rabbi Haim was the rabbi of Chernowitz for forty to fifty years. During that time, no fires broke out in the city. Even thirty years following his passing, as long as his ruling was still honored, the city was protected from fire. Seventy years later, the community reinstituted the mixed dancing. The following morning, a huge fire broke out in Chernowitz and its houses were reduced to ash.

As opposed to what is generally depicted in stories, there were all kinds of Jews at different levels of religious observance even during the era of the rise of Chassidut in Europe. It is specifically because of this that we can learn much from this story. Although fires are less prevalent in our generation, Jewish communities can still be completely erased by modern-day “fires” such as government-initiated expulsion, for example. According to this story, large-scale debauchery causes fires to break out, as the sages say, “A man and woman, if they merit, the Shechinah—the Divine Presence—dwells between them. If they did not merit, fire consumes them.”

It is not only the destruction of Jewish towns and villages that is connected to debauchery. The root of Israel’s continuous war with the Ishmaelites is the blemish of the covenant, i.e., improper sexual conduct. The Zohar writes that as long as the Jewish Nation does not properly safeguard the covenant, the children of Ishmael (who circumcise themselves partially) have the power to prosecute against Israel’s possession of the Land of Israel. This is also the image that they try to create for themselves: waging a holy war against western civilization.

If our generation’s battle is rooted in safeguarding the covenant, we must be particularly interested in rectifying this area of life. Normally, Chabad philosophy asserts that the most important tool in combating debauchery is averting and suppressing one’s thoughts from it (there are other Chassidic groups that advocate other methods). Chabad philosophy views an open, conscious battle against debauchery as intensifying the problem—not solving it. Still, there are times, as in our generation, when our analysis leads us to conclude that all the communal problems we face (as Jews in the Land of Israel) stem from the blemish of the covenant, that we have to address the problem directly. Indeed, a single individual attempting to free himself from improper thoughts will not triumph by waging a direct battle against them. But when we care and love for the entire community and seek to rectify things in the public sphere, then we must deal with the problems directly.

The holiday of Chanukah, during which Rabbi Chaim passed away, is about the waging of a struggle against foreign approaches and culture inundating the world. The fire is also connected to Chanukah in a very interesting association: The only time that Chanukah candles are mentioned in the mishnah, it is as a cause of fires. What is the inner connection between the two?

The midrash says that the primary event that aroused Matityahu and his sons to go to war was the Greek decree that every Jewish bride would have to spend a night with the local Greek ruler prior to her wedding. Even Matityahu’s daughter was taken to the Greek ruler. Her brothers refused to sit idly by and killed him and his men. The primary motivation for Jewish zealousness—ever since the days of Shimon and Levi on through Pinchas and to our days—revolves around sexual purity. The holy fire of the Hasmoneans is the fire that bursts forth from the Chanukah candles and calls upon us to take action for the sanctity of the nation. This time, however, our weapons are not physical, but rather the spirit of the daily increasing Chanukah candles. Like the candles, it is incumbent upon us to bring more and more of our brothers into the circle that dances around the holy fire.