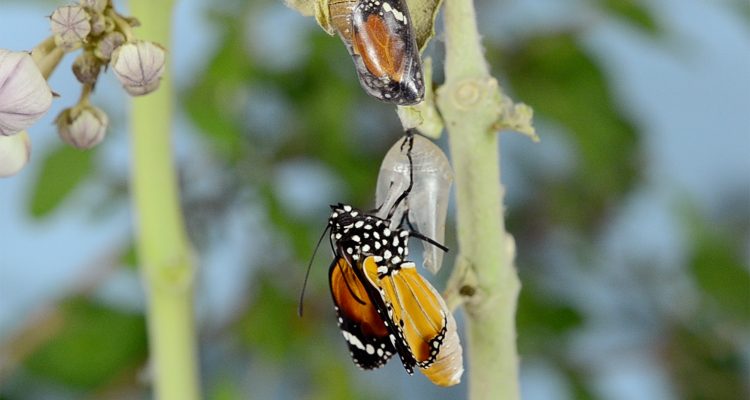 Rabbi Hillel of Paritch: Breaking Through the Limits

Rabbi Hillel Halevi of Paritch (Parwich) was born in the town of Khmilnyk in 5555 (1795), to his father Rabbi Meir, who was a Chernobyl chassid. In his childhood, Rabbi Hillel was already well-versed in the Talmud and Jewish law, learned books of Kabbalah and prayed according to the intentions of the Ariza”l. It is no wonder that he was called, “the genius of Chemtz,” after the town in which he grew up. When he came across the Tanya, by the Alter Rebbe, he became an ardent chassid of Chabad. Despite all of his efforts, however, he never managed to actually see the Alter Rebbe.

In 5578 (1818), Rabbi Hillel was sent by the Mittler Rebbe [the second Lubavitcher Rebbe] to tens of farming settlements that the Rebbe had established in Kherson, “to sow spirituality and to reap materiality” for the needy. In this way, Rabbi Hillel became the spiritual teacher for tens of thousands of Jews whom he taught and supported. He dedicated his life to disseminating Torah and Chassidut and worked with self-sacrifice to provide kosher food for the Jewish soldiers who had been forcibly drafted into the Czar’s army. In 5600 (1840) he became the Rabbi of Paritch in White Russia, near Minsk and then became the Rabbi of the nearby city, Babruysk. Rabbi Hillel would write everything that he heard from his rabbis and add his own explanation. He also composed deep, chassidic melodies. His words of Torah were compiled in the books, Pelach Harimon, Imrei No’am, and others. Rabbi Hillel merited a long life and was also a chassid of the third Lubavitcher Rebbe, the Tzemach Tzedek. He passed away on Shabbat, 11 Av, Shabbat Nahamu 5624 (1864) and is buried Kherson.

Rabbi Hillel of Paritch, the greatest of the “oyvdim” (chassidim who perfect the service of the heart in their service of God) of Chabad, made the following observation: “A mitnaged (one who opposes Chassidut) can be described as “a limit”; a chassid is “the limitless”; and, a Rebbe is, “the limitless within limits.”

These three stages (thesis-antithesis-synthesis) actually describe a life-process that was common among the Chassidic giants—particularly in the early years of Chassidut. In their youth, these chassidim were educated according to the ways of the “old world,” in what can only be described as a mitnaged [opposed to Chassidut] type of education that was contracting and limiting. As they grew older, at a certain stage, they rebelled against the limitations and broke through their barriers. This included making biting comments against the old ways and rude behavior, which created a scornful backlash among those who kept in line with the traditional ways. (A bit of a desire to outsmart those mitnagdim was also present in the eyebrow-raising behavior of those early chassidim).

Those boundary-breakers who had been educated within the confines of severe limitations and went to the opposite extreme knew (at one point or another) that the ultimate purpose is to reach a balance and to return to the world of limitations while remaining empowered by the limitless. This return was necessary if they wanted to influence the world at large. Such is the transition from a chassid to a Rebbe. The Rebbe is not limited within the confines of the natural world, but does work to infuse those confines with God’s limitless, infinite light. (Even establishing a Chassidic court and public movement already creates some limitations on the Rebbe’s great lights).

In our own times, we can see a certain similarity with those young rebels known as “hilltop youth.” These young people were largely educated within the confines of rigid religious and social frameworks and have reacted by rebelling against all limitations with the brash energy of the limitless. They challenge the old frames of mind and world-views and even threaten them. A person with a loving eye and the patience expected from an expert educator can identify the fact that these energies will ultimately endow these youths with leadership abilities that they can employ to positively influence the limited system.

This is the basis of the Alter Rebbe’s advice to the average person, which appears in his book the Tanya. The Alter Rebbe realized that most people cannot harmoniously resolve the extremes of boundaries and the unlimited in their lives by becoming Rebbes and synthesizing them (at least not until the final redemption). Thus, the Alter Rebbe suggests a different synthesis: Education should be founded on the recognition of God’s infinite good and the unlimited power concealed in the soul before its descent into the world. On this backdrop, we identify the boundaries in our lives as originating from the natural inclinations of the animal soul (it is almost impossible for us to be rid of these innate inclinations) and the pervasive heaviness of the world. The synthesis is to employ our limited human energies to uncover the limitless and to nurture it from within the boundaries. The Alter Rebbe teaches us to reveal that we can make a dwelling place for God here in our lower world with every mitzvah that we fulfill and with every positive action that we have to force ourselves to take in our limited world.

Breaking down old boundaries is a task delegated to a select few individuals. The majority of people have to learn how to change the world for the better without breaking the boundaries and limits of life. To rectify the world and change our reality, we must slowly but surely employ the energy of the infinite and the limitless within the boundaries of life in this world.

Photo by Bankim Desai on Unsplash

The Transformative Power of Tz...