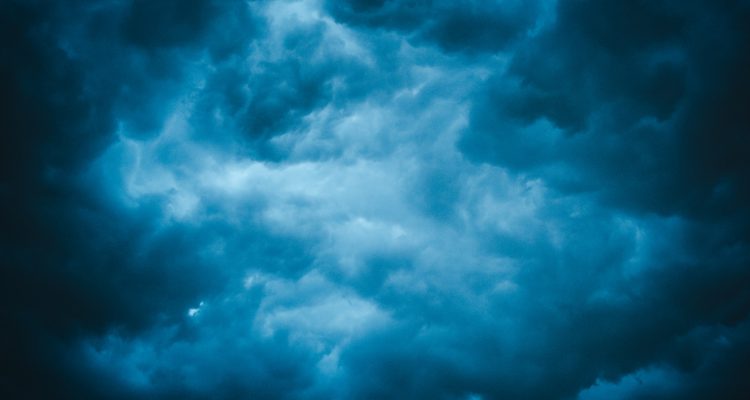 Rabbi Meir of Premishlan: The Clouds and the Kerchief

Rabbi Meir of Premishlan was born in 5540 (1780) to Rabbi Aharon Aryeh Leib, one of the sons of the great Rabbi Meir of Premishlan, a disciple of the Ba’al Shem Tov. Rabbi Me’irel, as he was known, was one of the primary disciples of Rabbi Mordechai of Kreminitz. After the passing of his father in 5573 (1813) Rabbi Me’irel took the mantle of the leadership of the chassidic community upon himself. From a young age, he focused on charity and caring for the poor. He was known as a simple and humble tzaddik, who relayed his Torah teachings on a level that could be understood by the average person and even spoke in the local language. He was also famous for his great love of his fellow Jews and would find good points in sinners as well. Rabbi Meir’el was known for his ruach hakodesh (Divine inspiration), as well, and for the countless miracles that he drew down into reality. He passed away on the 29th of Iyar 5610 (1850). His Torah teachings and stories about him were written in the books “Or Hame’ir,” “Divrei Me’ir” and “Marganita DeRabbi Meir.”

Once, in the days of the Tzemach Tzedek, the winter was extremely cold, snowy, and cloudy. Days passed and the cloud cover was so thick that the chassidim in Lubavitch had not yet found the opportunity to recite the Kiddush Halevana prayer, which must be recited outdoors when the moon is visible. On the last possible night for saying the prayer, the chassidim were very troubled. They wrote a note of request (pidyon nefesh) to the Tzemach Tzedek with a request for him to arouse great compassion upon them so that the clouds would clear enough for the moon to be seen – and make it possible for them to recite the prayer.

The Rebbe read the request with great seriousness, went outside, and stood beneath the cloud-heavy skies. All the chassidim followed, looking up at the sky and waiting for the Rebbe’s words. “I would like to tell a story,” said the Rebbe Tzemach Tzedek:

A similar situation happened with the tzaddik, Rabbi Me’irel of Premishlan. His chassidim were in a state of great sorrow because of the thick clouds that covered the sky. They too wrote a pidyon nefesh to their Rebbe, with a request that he should take action to clear the clouds and let the moon be seen.

Rabbi Me’irel went outside with all his chassidim and with a kerchief in his hand, he said:

While he was relating the story, Rabbi Me’irel himself waved a kerchief, as if he was demonstrating what Moses did. And sure enough, the clouds dispersed, and the moon could be seen.

As the Tzemach Tzedek was telling this story, he also waved his kerchief toward the sky, the clouds dispersed and the chassidim joyously recited the Kiddush Levana prayer.

One after the other, the cloud screens in this story are dispersed. The Tzemach Tzedek, tells the story about Rebbe Meir, and Rebbe Meir tells the story about Moses. Each of them disperses the clouds with a kerchief. The power of the story is to connect us to the previous generation, to identify with them, and to be inspired by them to act by feeling that all we can do is to relate what happened in the past. And then, by the power of the tzaddikim of the previous generations, the miracle occurs.

Interestingly, the gap between the generations in this story is not at all symmetrical. While Rabbi Meir told the story about Moses, who lived thousands of years before him, the Tzemach Tzedek told the story about Rabbi Meir, who preceded him by just a short time. We can learn from this that to some extent, since the days of the Ba’al Shem Tov and on, the tzaddikim of Chassidut are the closest connection to Moses that can be found. (As Rabbi Levi Yitzchak of Berditchev said about himself that he is fifth in line from Moses: Moses, Achiyah Hashiloni, the Ba’al Shem Tov, the Maggid of Mezritch and him). Rabbi Meir’el of Premishlan lived in a world in which Godliness was clear to see. He told the story about Moses as if he was relating a story about one of his contemporary tzaddikim. Thus, when he looked at the heavens, instead of seeing the moon being covered by clouds, he saw the Clouds of Glory. The following story helps to illuminate this point.

Rebbe Meir’el’s answer turned into a classic chassidic saying. With his statement, Rebbe Meir’el was expressing the way he conducted his entire life—living in the world and outside the world, simultaneously. When a person is connected to heaven, he can walk on the ground even if it is muddy and slippery, and he can see the Clouds of Glory in the fog. This chassidic foundational thought is relevant to every person in their efforts to rectify their soul. It finds practical expression when a person is occupied with mundane matters yet can continually maintain his or her connection with God.

Chassidut explains that regarding Moses, there was no difference between his soul root as it was above and as it manifest below in his body. For everyone else—including great tzaddikim—the two appearances of the soul diverge; the soul above appears differently than the way in which it manifests below, on earth. Above, in the World of Emanation, the soul is part of God. But when it descends, it is influenced by the lower three Worlds (Creation, Formation, and Action) and is transformed into an independent personality. Moses is the only person who spoke in the Name of God without being influenced in any way by his personal understanding or by the corporeal images of the material world. Thus, the Torah that Moses brought down to the world has the power to connect even the most physical and coarse reality to God, bringing to mind the way in which the hide of a kosher animal can itself be made into a holy Torah scroll.

The Tanya explains that each and every person has a spark of Moses’ soul within him. This spark affords us all the ability to sense this clarity—if only a bit—as long as we connect to the generations of the tzaddikim and identify with them, as demonstrated by both the Tzemach Tzedek and Rabbi Meir’el in their respective stories.

In addition to the three tzaddikim explicitly mentioned in this story, there is an additional, concealed tzaddik: The Mashiach who is symbolized by the moon whom everyone was waiting to bless with the Kiddush Levana prayer. The moon’s monthly renewal reminds us anew, every month, that David, the King of Israel is alive and exists! Just as the moon wanes and waxes—going from invisibility to full size—so too the fallen kingdom of the House of David will rise once again. Strengthening our bond with Moses through relating these stories about tzaddikim, serves to disperse the cloud cover—i.e., the screen that hides the Mashiach from revealing his light universally.

Photo by Anh Nguyen on Unsplash