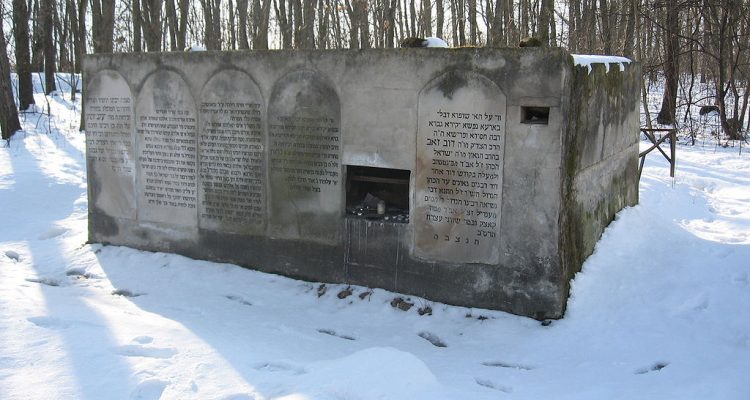 Rabbi Menachem Mendel of Kotzk and Rabbi Leibeleh Eiger: Picking Up Where God Leaves Off

Rabbi Menachem Mendel Morgenstern of Kotzk was born in 5547 (1787) in Gurai, Poland. He studied with the Chozeh of Lublin and mainly with his disciple, the “Holy Yid,” Rabbi Yaakov Yitzchak of Parshischa, and Rebbe Bunim of Parshischa. He was known for his keen intelligence and his piercing, uncompromising quest for inner truth. His disciple, Rabbi Yehudah Leib Eiger—the grandson of the illustrious Rabbi Akiva Eiger—was born in Pozna (Pozen) in 5571 (1811). As a youth, he was drawn to Chassidut, despite the opposition of his family. Rabbi Menachem Mendel of Kotzk passed away on the 22nd of Shevat 5619 (1859) and Rabbi Leibel on the 22nd of Shevat, 5648 (1888).

Rabbi Leibel’s grandfather was the illustrious Torah scholar, Rabbi Akiva Eiger. He was not a chassid but was not opposed to Chassidut either, as he is reported to have told the Mittler Rebbe, who visited him once. However, Rabbi Akiva’s son, Rabbi Shlomo, who was Rabbi Leibel’s father, was so opposed to Chassidut that he is said to have sat shivah—the seven-day mourning period following the death of a relative—for his son when he became a chassid. Of course, he made every effort to get his son to return to his pre-Chassidic ways but was not successful.

The first time Rabbi Shlomo Eiger came to the Kotzker Rebbe to demand that he return his son to him, the Kotzker did indeed tell Rabbi Leibel to go home for a short while. His father and father-in-law wanted Leibel to divorce his wife. But the Chiddushei Harim—Rabbi Itche Maier, the first Rebbe of Gur—and others intervened, and the couple did not divorce. When Rabbi Leibeleh first returned home, his father and father-in-law asked him—like in other stories about similar circumstances—what he had learned in Kotzk. “What could such a brilliant Torah scholar like you, the son of a great rabbi and the grandson of the greatest rabbi of the generation, learn in Kotzk?”

Rabbi Leibel was still young and had to answer his parents’ questions. He responded that he learned three things in Kotzk:

Let us focus on the most important of these teachings, the third. God creates the beginning, everything else is dependent on us. How would this idea be phrased in Chabad terminology?

The Ba’al Shem Tov expounded upon the teaching of the sages, “Every day a voice rings out from Heaven from Mount Horeb [Mt. Sinai, where the Torah was given] and proclaims, ‘Return, mischievous sons.’” He explained that even if we do not hear the heavenly voice, our soul does hear the primordial arousal from Above to return to God. It is our job to capture that arousal and to do our part from below.

The seminal idea implied in explaining the Torah’s first verse this way is that God recreates the world at every moment. Every moment is a beginning. But it is only a point. We have to seize the arousal from Above and get to work to extend that singular point with the consciousness that now, everything depends upon us and our work here below.

This third teaching that Rebbe Leibeleh Eiger learned in Kotzk dovetails with the two previous teachings. A human (who has been entrusted by God to do work here below) and an angel (who receives his power from Above) are entirely different. But when a person works with his own power – after the ‘beginning point’ given to him from God Above, he can ascend to heights loftier than an angel.

Question: Why are so many

The Tikun of the Seventh