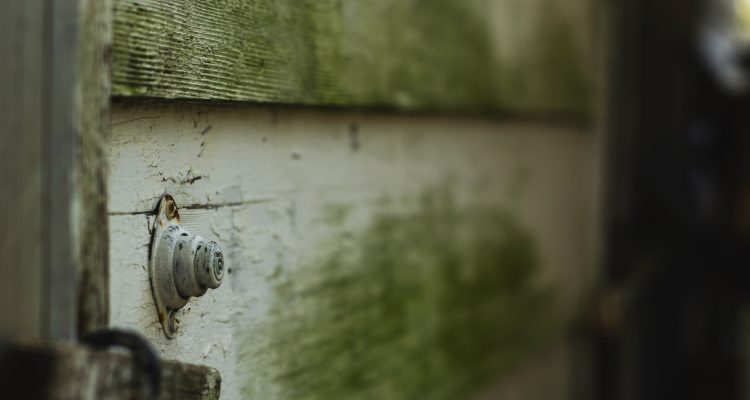 Rabbi Mordechai of Chernobyl: Out of the Closet

Rabbi Mordechai Twersky was born in Chernobyl to the famous Rabbi Menachem Nachum of Chernobyl (author of the book Ma’or Einayim and a disciple of the Ba’al Shem Tov and the Maggid of Mezritch). When he was required to choose a surname, Rabbi Mordechai chose the name Twersky, for the city of Tiberias in the Land of Israel, where Rabbi Menachem Mendel of Vitebsk and his disciples had settled. Chasidim flocked to Rabbi Mordechai and many nearby towns appointed him as their maggid. He conducted his court with wealth, which had not been his father’s custom. Nonetheless, he ate very little and felt practically no enjoyment from material pleasures. Rabbi Mordechai of Chernobyl passed away in Kiev on the 20th of Iyar 5597 (1837). While he was still alive, Rabbi Mordechai prepared his burial place on the outskirts of the shtetl of Anatevka, saying that there were no churches there and their bells would not disturb his rest. After his passing, Rabbi Mordechai’s eight sons served as chassidic rebbes throughout Ukraine and were among the greatest disseminators of Chassidut in their era.

When his chassidim would come to him for a blessing or advice, Rabbi Mordechai of Chernobyl would demand large sums of money from them, called a “pidyon” (charity given to a tzaddik).  The large sums demanded angered many of those who were not his chasidim. Once, Rabbi Mordechai visited a certain town. Before his arrival, a group of people who were not his chasidim decided to catch him “in the act,” and make fun of him, thus saving their fellow townsmen from the rebbe who “wanted to make huge amounts of money at their expense.” They planned to hide a very respectable and reliable Torah scholar in the closet where Rebbe Mordechai would be receiving his audience. Then the Torah scholar would be able to report the scandals that he had witnessed with his own eyes.

The Torah scholar sat in the cupboard and through a crack, witnessed how a poor shoemaker sat before Rabbi Mordechai, who instructed him to give 30 rubles—practically his entire life’s savings. In this manner, people came and went, while the tzaddik instructed them to give sums of money far beyond their means. The hidden scholar witnessed and watched, shocked on the one hand and self-satisfied on the other, imagining how he would relate what he had witnessed to all who would be willing to hear. His shock increased even more after the last of the chasidim left and Rebbe Mordechai began to play with the money, moving stacks of bills from one place to another and piling up the coins.

Suddenly, the Torah scholar heard a thundering noise, cries, and terrifying screams. When he calmed himself down a bit, he realized that the source of the noise was souls begging for ways to rectify their sins. Rabbi Mordechai gave instructions for rectification to each soul. One soul continued to sob:

“I am so wicked that I have no hope?” asked the soul.

“Not necessarily,” answered Rabbi Mordechai. “But we lived in the same city, near each other, and you never gave me a coin for a pidyon. Because there was no connection between us, I have no way to help you.”

“What will I do now?” asked the soul.

“Right next to you, your former neighbor is buried. He would give me large sums of money for charity. Ask him to give you one coin in your merit,” Rabbi Mordechai instructed him.

“But not only was I stingy in my lifetime,” the soul mourned. “I was also a little bit of a liar. If I go to my neighbor and relate your instructions, he will not believe me.”

“I have a solution,” Rabbi Mordechai responded. “Sitting here in the closet is a Torah scholar upon whom people depend. Let us ask him to go to your neighbor’s grave, knock on it and testify that you are telling the truth and it is true that I sent you….”

We can assume that the planned protest against Rabbi Mordechai did not take place. But like the angry chasidim in the story, many people still find it objectionable for a rebbe to take money from his chasidim. Even if they know that by doing so, the rebbe granting their souls a chance to redeem themselves, it is not sufficient. Why take such large sums of money?

Let us clarify this through the teachings of two additional tzaddikim: Rabbi Yitzchak Isaac of Komarna and Rebbe Nachman of Breslov. In his book, Notzer Chesed, the Rebbe of Komarna provides a unique explanation for the mishnah in Pirkei Avot 4:1, “Who is wealthy? He who is happy with his lot.” He explains that the mishnah is referring to an individual that is actually wealthy. If so, why would he be considered wealthy only if he is happy with his lot? Because “his lot” is a relatively small part of his bank account. It is the part that suffices for his livelihood. If a person does not give charity from the remaining portion, his wealth will dry up—already during his life in this world, and all the more so in the World to Come. But a wealthy person who is happy with his lot and distributes the rest to charity is the truly wealthy person in this world and in the next.

Rabbi Yitzchak Isaac explains this according to the Zohar, which says that Torah scholars can be likened to the Shabbat. On Shabbat work is prohibited and all of one’s needs must be prepared during the other days of the week. But in the inner dimension, Shabbat is the source of all the blessings that descend upon the other days of the week. The same is true for Torah scholars. They do not work, and they have nothing of their own. But in the inner dimension, everyone else is sustained by them. Just as we honor the Shabbat with special foods, drink, and garments, so we must honor Torah scholars and tzaddikim.

Giving the pidyon to the tzaddik is not only for his physical sustenance. It also creates a deep bond between him and his chasidim. Not only is the Shabbat (and the tzaddik) the source of blessings; they are also the source of the attribute of da’at (knowledge)—the faculty that connects people with one another and connects man and God. Rebbe Nachman of Breslov explains why in reference to Shabbat it is written: “It can elicit compassion.”[1] This means that by means of the da’at the Shabbat draws down, it can cause us to have compassion. By means of da’at, an ill person can also feel and identify with the pain of another and identify with him, manifesting in him the words of the verse,[2] “and He will give you compassion [on another, and so] and He will have compassion on you.”

The thick figurative rope that Rebbe Mordechai formed from the large sums of money he demanded for charity was part of the service of God that he innovated. Rebbe Mordechai believed that true connection to a tzaddik greatly decreases the chasid’s need for personal service of God. For the charity to replace the service of repentance and prayer, however, the chasid must act with the self-sacrifice of, “with all your might or possessions.”[3] With every amount of money that the tzaddik instructs you to give, thank him—even with literally all your possessions.

By contrast, the Alter Rebbe of Chabad was ardently opposed to Rebbe Mordechai’s approach to the personal service of the chasid through giving charity to the tzaddik alone. He directed his chasidim to invest great effort in repentance and prayer. He also taught that the service of charity is very significant—and that the redemption will come in the merit of lovingkindness, specifically.

Photo by Matt Hoffman on Unsplash 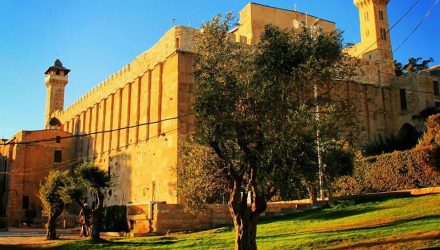