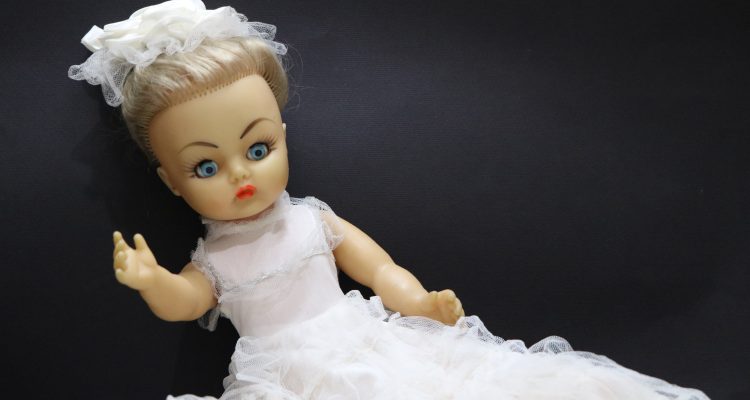 At the start of his leadership, Rabbi Noach’s disciples saw that he conducted himself differently from his father. When they asked him about this, he answered, “I am conducting myself just like my father. My father did not imitate anybody, and I do not imitate anybody either.”

It was not Rabbi Noach’s custom to speak words of Torah in public. His student, Rabbi Moshe of Kobrin, related this to the verses in Psalms 19: “There is no speech, there are no words…” but nevertheless “their line is gone out through all the earth, and their words [reach] the end of the world.”

Rabbi Noach passed away in Lechovitz on the 8th of Tishrei, 5593 (1832) at the age of 58 (the numerical value of Noach—נח). After his passing, Rabbi Mordechai of Chernobyl said, “I don’t know if he died from an abundance of love of God or an abundance of fear of God.”

One of Rabbi Noach of Lechovitz’s students was an accomplished and busy tailor. The local nobleman heard of his talent and asked him to sew new clothing for himself, his wife, and the entire family. The chassid was very happy about the large profit that he would make and worked hard to finish all the clothing by the agreed deadline. When he brought the clothing to the nobleman’s castle, he discovered to his horror that the dress that he had sewn for the noblewoman was too small for her. Not only would he not get paid for all the work he had done, but his reputation would be ruined, and he would lose his wealthy clients.

What does a chassid do when he is in trouble? He ran immediately to his rabbi, Rabbi Noach of Lechovitz and presented his problem. “What do you prefer?” Rabbi Noach asked the chassid. Should the dress expand? Or should the noblewoman shrink?

“I really don’t feel like re-sewing the dress,” the chassid answered. “So let the noblewoman shrink!” Rabbi Noach agreed with his analysis of the situation and so it was. The tailor returned to the noblewoman and asked her to try the dress on again. Amazingly, it fit her perfectly!

With a bit of imagination, which Chassidut rectifies, we can apply this story to our times: There are plenty of simple Jews nowadays and there are tzaddikim as well. Even the noblemen are still alive and well—now in the form of government officials and institutions. All of us live under the patronage of the noblemen and earn our sustenance from their far-reaching economic system. In exchange, we give the government “clothing” in the form of taxes, in the authority to make decisions for us, etc. Sometimes, however, things do not go as planned: The government begins to get fat and to demand that the people give it more and more authority while raising taxes and instituting strange norms. At this point, the damage that the “nobleman” has done outweighs any possible benefit. The average person has a healthy analytical sense and sees that the clothing that truly fits the institution is much smaller than what he was being told.

What happens when he is not happy with the way the government is functioning? In the eyes of the tailor, things look bleak. The government is stronger and if the clothing that he has sewn looks small to the nobleman, the tailor loses. In our story, however, this is the point where the tzaddik gets involved. His mode of thinking is completely different: The tzaddik sees the world as being much more flexible than what meets the eye. According to the tzaddik, all the factors that make up the equation can be changed.

“What do you want?” the tzaddik asks, assuming that the will is what determines the outcome. You can be flexible and back down, but the noblewoman can also shrink and take off a few pounds. If we turn to the tzaddikim and ask for the noblewoman to fit into the dress, that is what will be!

Even after he became a rebbe, Rabbi Noach of Lechovitz would still journey to his rabbi, Rebbe Baruch of Mezhibuzh, who was very fond of him. Once, Rabbi Noach sent a silver box lined with gold to his rabbi. In order to protect the precious gift, he wrapped it in newspaper. When Rabbi Baruch received the gift, he said that it was just like Rabbi Noach: On the outside simple paper, but inside the paper, there was silver, and in the innermost dimension, there was pure gold.

Rabbi Baruch did not hold the other tzaddikim who came to him in high esteem, but he would always give special honor to Rabbi Noach. “When all the rebbes come to me,” he would say, “they become simple Jews. It is Rabbi Noach alone who remains as he really is even when he is not in his own home.”

Similar to what Rabbi Baruch said about the spiritual descent of the tzaddikim who came to see him, the Noam Elimelech (Rebbe Elimelech of Lizhensk) writes that when Abraham said, “And she is my sister, the daughter of my father,” he was actually referring to his love for God, which was dimmed by the hardships of the journey. Even the greatest tzaddik may experience a spiritual descent. Abraham’s lofty love of God, which was on the level of “my father” descended to love on the level of “my sister.”

All forms of love of God are defined by the relationship that they create between God and man. Regarding the love of brother and sister, each party desires the love of the other, but there is no full union between them. The love of a son for his father, by contrast, is characterized by the son’s feeling that he is part of the family that the father created, and is actually part of the father himself, following the sages’ saying that “a son is like the legs of his father.” When the lofty love is dimmed and the person no longer feels like an inseparable part of God, the daughter of this love is born and his love for God becomes like the love of a brother for his sister.

What was Rabbi Noach’s secret? How did he escape the spiritual descent of the journey?

We can surmise this from Rabbi Baruch’s own words: on the outside, he is simple paper, in the middle—silver, and on the inside—pure gold. Just as the newspaper that wrapped Rabbi Noach’s gift protected it from damage, so Rabbi Noach wrapped himself in simplicity and lowliness, which protected him from the bleakness of the journey. Lowliness helps a person keep his head above the water, even when external circumstances make it impossible for him to maintain the standards that he has set for himself.

We can find support for this explanation in a different version of Rabbi Baruch’s words. According to this version, the spiritual descent of the tzaddikim is brought about by the very act of coming close to Rabbi Baruch, which causes them to turn into simple Jews by comparison. Only Rabbi Noach still felt like a simple Jew even when serving as rabbi. This is why Rabbi Baruch held him in such high esteem. This also fits with the original version: If at home Rabbi Noach did not feel that he was special, the dust of the journey would also not cover his interior of pure gold.