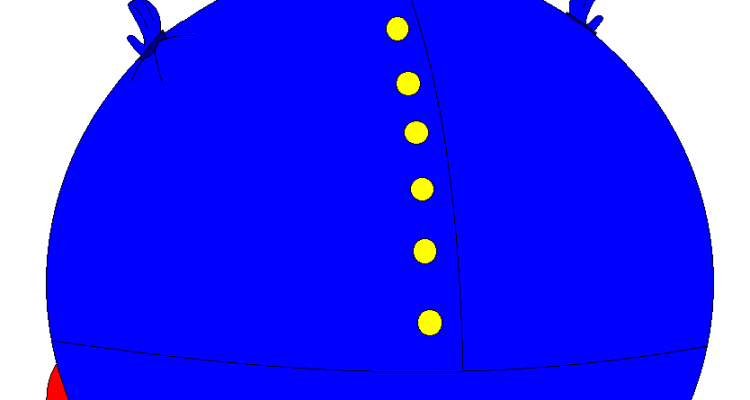 Rabbi Pinchas Shapira, who was known as Rebbe Pinchas of Koritz, was born in Shklov to his father Rabbi Avraham Abba, grandson of the Kabbalist, Rabbi Natan Nata Shapira, author of the book Megaleh Amukot. As a son of a Lithuanian, non-Chassidic and scholarly family, Rebbe Pinchas studied and delved into the Talmud and Jewish law. From a young age he would write his deep Torah novella in the revealed dimension of the Torah. When the family moved to the Chassidic town of Wohlin, his father, who was initially opposed to Chassidut, became familiar with the Ba’al Shem Tov and his teachings and became his student. Rebbe Pinchas followed in his father’s footsteps and became one of the Ba’al Shem Tov’s most important disciples.

Rebbe Pinchas first lived in Koritz and then in Ostraha, serving as a Rebbe in both towns. His famous disciples were Rebbe Baruch of Mezhibuzh (the grandson of the Ba’al Shem Tov, who grew up in his home), Rebbe Refael of Bershid and Rebbe Yaakov Shimshon of Shipitovkah.

All his life, Rebbe Pinchas desired to make aliyah to the Land of Israel. At the end of his days, he left Ostraha on his way to Israel. When he reached Shipitovkah, he became ill and passed away on the tenth of Elul, 5551 (1791). He was buried in Shipitovkah.

There is a wondrous story about Rebbe Pinchas of Koritz, who brought someone close to God in a very original manner, as befits him. It may be said that the greatest transgression in the Torah in our time, and in all times, is informing on a fellow Jew. One may think that the person who worships idols or murders or commits incest is the most evil of sinners. But, according to Jewish law, it is permissible and even a mitzvah to use any means necessary to prevent a Jew from informing, be it against a fellow Jew or a fellow Jew’s property. The underlying assumption is that the Jew who is being informed upon is actually innocent or that even if guilty, he will be dealt with very harshly because of anti-Semitism.

In the town of Koritz there lived an informer. It is not always easy to neutralize an informer, even though it is permissible and even a mitzvah to do so. Generally, these people are well-connected to the authorities, are violent and have personal bodyguards.

The entire town of Koritz suffered at the hands of this informer and nothing could be done to stop him. The Chassidic perspective on this fellow was that he could repent and Rebbe Pinchas was sure that this was so. One day, the informer walked past Rebbe Pinchas’ window. Rebbe Pinchas called for him to enter his home and the informer, who was a very respectable gent, entered. “I have one request of you,” said Rebbe Pinchas. “But I am asking you to promise me up front that you will fulfill my request.” Surely the Rebbe wants me to stop informing on my fellow Jews, the informer thought in his heart. That is not something that I can agree to. Not only is it my livelihood, but it is all the enjoyment in my life. It is my very essence. This fellow was addicted to informing on his brothers. Nonetheless, thinking that perhaps the Rebbe had a different request, he decided to take his chances and agreed.

“I see that you are a very important and respectable person,” said Rebbe Pinchas. “You should start to put on Rabbeinu Tam tefillin every morning.” In that era, ordinary Jews would only don the tefillin made according to the guidelines of Rashi, while Rabbeinu Tam tefillin were reserved for great rabbis and the pious.

“That is fine,” the informer agreed and went to the mikveh every morning, after which he would pray with the tefillin of both Rashi and Rabbeinu Tam, and then go to work and inform on Jews. In the meantime, these positive undertakings had no influence over his behavior whatsoever. He was simply happy that the tzaddik thought so highly of him and instructed him in these holy ways.

Once, the informer had a major victim – a Jew who was apparently evading taxes. Informing upon him would be very lucrative, but our informer had to hurry up and inform on him immediately to the nobleman, who was the local authority.  On his way, he realized that he had been in such a rush that he had forgotten to immerse in the mikveh. He was passing right by a river, so he decided to jump in and immerse. He was already used to immersing every morning and it was second nature to him. He jumped in the river, ran out, dressed, and did not notice that his long sidelocks and beard (after all, he was a very distinguished Jew) were dripping. He ran with all his files against the Jew into the nobleman’s home. The nobleman looked at the dripping informer and thought that he had gone crazy. He threw him out of his home and told him not to dare to ever return.

The story does not even relate that the informer repented, but we can assume that he was so ashamed that he did indeed repent. We can say that all Rebbe Pinchas accomplished was to prevent him from informing on more Jews. But presumably, after what happened to him he certainly thought about repenting and we can give him the benefit of the doubt that he actually did mend his ways and return to God.

If so, this is a wondrous way to bring people back to God. Simply to give the most wicked people the feeling that they are pious without even a hint of criticism. It is written that for people who belong to the impure husks – people like Haman – the great honor that Esther gave him was his downfall. The verse in Proverbs (16:18) says, “Before a downfall comes pride.” Before a person breaks, he is filled with pride. If we want to break him, we can inflate him until he falls and breaks.

If we are dealing with a Haman, we really do want to break him and let him be hung on the highest gallows. But most people do not need to be hung. They can repent, and this can be accomplished by elevating them spiritually. First, we inflate their egos and when they fall and are shamed, they return to God.

There are many Chassidic teachings in praise of being embarrassed. There are even Chassidic books that say that the main path to repentance is to be embarrassed. We may have thought that Rebbe Pinchas’ plan of action in this story was completely opposed to his attribute of truth. But he had acquired the attribute of truth on its essential level and merited an extra portion of understanding. This gave him the wondrous insight that by inflating the informer’s ego, he would actually uncover the Divine spark in his soul – bringing even a Jew who had transgressed the most serious of sins back to the truth.