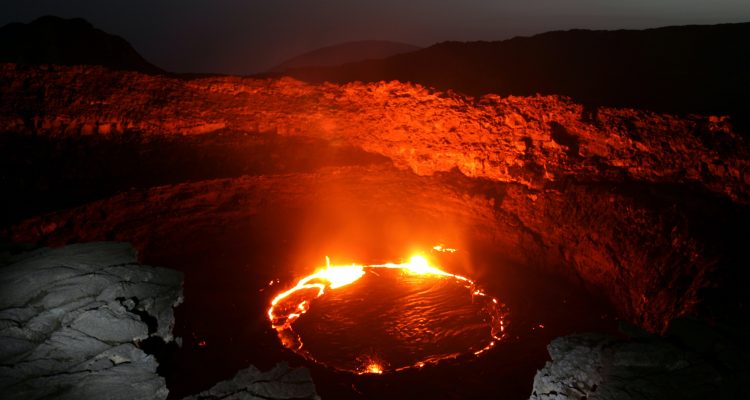 Rabbi Shmuel of Kaminka: A Leader in Purgatory

Rabbi Shmuel Marbino of Kaminka-Mariopol was born in 5538 or 5539 (1778 or 1779) to Rabbi Moshe Aharon, the son of Rabbi Tzvi Hirsch of Kaminka. Rabbi Shmuel became the disciple of Rabbi Levi Yitzchak of Berditchev, Rabbi Avraham Yehoshua Heschel of Apta, and Rabbi Moshe Tzasis of Metchondov. He merited the admiration of Rabbi Moshe Tzvi of Sweron and Rabbi Yisrael of Ruzhin. He succeeded his grandfather as the rabbi and chassidic Rebbe of Kaminka and later of Mariopol. After his Rabbi, the Ohev Yisrael of Apta, directed him to become a rabbi, when he would receive a note with a request from one of his chassidim, he would say, “Why did the Apter Rav force me to be responsible for the troubles of Israel? If he has already sent you to me, I bless you that God Almighty will help you speedily so that you will not come here anymore to give me sorrow.” In this manner, he would affect great salvations. Rabbi Shmuel also became famous as an exorcist. His Torah teachings were printed in two books: Shnei Hame’orot and Beit Shmuel. He passed away on the 10th of Iyar 5603 (1843).

The holy Rabbi Shmuel of Kaminka was the disciple of the holy Rabbi of Apta, may his merit protect us. After some time, the Rabbi of Apta directed him to be a leader of the Jewish people. Rabbi Shmuel refused and would not agree under any circumstances. The Apter Rebbe then told him that he should think that being a Jewish leader is hell (Gehennom) and that one must go to purgatory for the Nation of Israel. When Rabbi Shmuel heard his words, he agreed to accept the yoke of leadership upon himself, saying:  “For Gehennom, I am accepting leadership.”

Rabbi Shmuel suffered much hardship and illness. Once, during an illness, he sent a request to the holy Rebbe of Ruzhin to pray for him. The holy Rebbe of Ruzhin said, “What can I do for him? For him, ‘Love your neighbor’ is greater than ‘as yourself.’” The Ruzhiner Rebbe meant that Rabbi Shmuel’s love of his fellow Jew was greater than his love of himself, so he would accept the hardships of every Jew upon himself.

What does a manhig (leader) do in Gehennom (same letters in Hebrew as manhig)? We can say that this is just a poetic expression of the great danger in accepting responsibility for the Nation of Israel. The Rebbe of Apta combines leadership and Gehennom as literally one and the same. From the great love for his fellow Jews with which his disciple was blessed, we can discern another explanation: A leader goes to Gehennom and literally lives there, to take the Jews out of there. This is how we can explain the saying of the sage (Kidushin 82) “The best of the doctors to Gehennom.” The good doctor is he who is willing to descend to Gehennom for his patients.

Descent into Gehennom also means complete identification with its residents and a feeling of being one of them – even the worst of them. The Alter Rebbe compared the tzaddik to a crane, which must be inserted at the lowest level of a building in order to lift it. Through his lowliness, the tzaddik enters under the most wicked person and elevates him. Through the tzaddik’s actions, the entire community (tzibur, an acronym for tzaddik, beinoni [intermediate person], and rasha [wicked person] is elevated.

We can see how important lowliness and humility were for Rabbi Shmuel through his commentary on the verse in Psalms 116:12 מה אשיב לה'" “(What can I repay to God). According to the Rebbe of Kaminka, the word אשיב (repay) can also mean אשוב (return): How can I return to God? Only with my "מה" – with my recognition that I am nothing and that God is everything. This is the only thing that a person has with which to “repay” and give to God, as in the simple meaning of this verse.

In these days of the Counting of the Omer, we can also understand the meaning of this phrase 'אשיב לה' כל ' (I will repay to God all) in an additional manner. The numerical value of כל (all) is 50, referring to the rectification of the 50 Gates of Understanding of the Counting of the Omer, which focus on the foundation called "כל בשמים ובארץ"  (“all in the heavens and the earth). In addition, the special word that follows כל,    (תגמולוהי bountiful dealings) equals 500, which is also the numerical value of "פרו ורבו" (“Be fruitful and multiply”). The greatest bountiful reward given from Heaven is many children in both the physical and spiritual realms, as disciples and many new Torah innovations.

Amazingly, the numerical value of the beginning of this verse alludes to the second characteristic of Rabbi Shmuel, to which Rebbe Yisrael of Ruzhin testified: "מה אשיב להוי'"  (What can I repay to God) has the same numerical value as ואהבת (“And you shall love”). In this directive to love, two loves are included: Love of one’s fellow Jew as in the verse, “And you shall love your neighbor as yourself” and “You shall love him (the convert) as yourself – and the love of God, as in the verse, “And you shall love Havayah your God.” The way in which the feeling of self-nullification is expressed is by a great love for God and for His beloved: Israel and converts.

Lowliness and self-sacrifice like Rabbi Shmuel’s have not even a hint of sadness or misery. It is told that one Friday night, Rabbi Shmuel became very ill – so ill that his entire chest swelled up and he could not pray with the congregation. His students, who wanted to cheer him up, stood under his window following the Shabbat evening prayers and sang. Rabbi Shmuel said jokingly, “They are singing and they don’t know that I, in my sickbed, am happier than they are.”

We can also learn about the importance of happiness for Rabbi Shmuel in the following story:

The daughter of the holy Rabbi Shmuel of Kaminka was initially barren. Once, the tzaddik Rabbi Refael of Bershid came to Kaminka, at a time when Rabbi Shmuel was not home. Rabbi Shmuel’s daughter went to the visiting tzaddik and requested a blessing for her to bear children. Rabbi Refael said to her: “A segulah (charm) for children is joy.” When her father, Rabbi Shmuel returned home, his daughter related the words of the tzaddik. “The tzaddik learned this from the Torah, the Prophets and the Writings” Rabbi Shmuel replied. “It is written in the Torah, ‘And Sarah laughed’ and afterward she gave birth to Isaac. In the Prophets it is written, ‘Rejoice, the barren woman.’ And in the Writings: ‘The mother of children is happy’”.

“If Sarah laughed as a segulah, why was God angry with her?” asked Rabbi Shmuel’s daughter. “A segulah should be done when a tzaddik promises salvation,” Rabbi Shmuel replied.  “But when the Holy One, Blessed Be He promises, there is no need for segulahs.”

Photo by Marc Szeglat on Unsplash