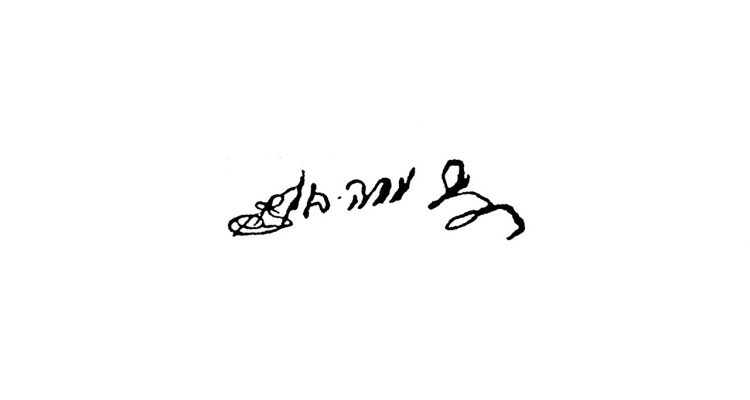 Rabbi Simcha Bunim of Peshischa: Let’s Do Teshuvah Together

Rabbi Simcha Bunim Bonhardt of Peshischa (Przysucha) was a disciple of The Holy Jew, Rabbi Yaakov Yitzchak Rabinowitz of Peshischa. Both were disciples of the Choizeh of Lublin. Rebbe Bunim was known for his great wisdom and his first rebbe, the Choizeh of Lublin, said about him in Yiddish, “Er is meiner chochom,” meaning, “He is my wise man.” The Choizeh of Lublin had 120 great students. Each of them was a tzaddik and each became a rebbe in his own right. Yet, from among all those tzaddikim, the Choizeh called Rebbe Simcha Bunim alone, “my wise man.” Rebbe Bunim was very wise and very happy as well, as indicated by his name, Simchah. He passed away on 12 Elul, 5587 (1827).

When he was a young man, Simchah Bunim was the financial director for the wealthy Bergson family. He would travel around the world on business and he learned many languages. Even after he became a Rebbe, Simchah Bunim would travel incognito to Germany in order to bring Jews living there closer to God.

Once he traveled to Germany to reach out to a particular Jew. He saw him entering a place that was totally off-limits to God-fearing Jews. Rebbe Simchah Bunim had no problem entering bars and taverns, where he would place chess and cards with the other customers and by doing so, eventually bring them close to God. But this was a place that was absolutely prohibited to enter. The tzaddik stood outside and began to sing a chassidic melody. He sang and sang, until the Jew exited and Rebbe Simcha Bunim managed to bring him back to God.

For many tzaddikim, song was an important tool for awakening Jewish hearts. (Among the melodies that they would sing was Kol Dodi, composed by the Alter Rebbe of Chabad). The Zohar explains that the root of the Levite’s service of song in the Holy Temple was in the sefirah of understanding, the place that teshuvah (return to God) takes place. Even when a person has sunk into sin, raising his voice in song arouses his soul’s desire to ascend to its Creator.

One of Rebbe Simcha Bunim’s disciples suffered a spiritual descent. Although he did not leave the group of Rebbe Simcha Bunim’s disciples, his service of God was nowhere near what it had previously been. On the holiday of Shavuot, this chassid came to Rebbe Simcha Bunim and complained that the other chassidim were distancing him from the group. Rebbe Bunim did not answer him and waited until Yom Kippur eve. On Yom Kippur eve Rebbe Bunim called his chassid for a special audience and wholeheartedly said to him, “I am worth nothing, and you are also worth nothing. Let us repent together.” These words elevated the fallen chassid and he returned to God.

Later, Rebbe Simcha Bunim explained that one of the signs of spiritual descent is the feeling that others are thinking poorly of you and distancing themselves from you. Nothing had really changed, but the chassid’s spiritual distance triggered this feeling inside him.

The first thing that we can learn from Rebbe Bunim in this story is his ability to patiently wait until the right moment, when his words would enter the man’s heart. In a similar story, once the Mittler Rebbe of Chabad was in such an intense state of cleaving to God that he did not hear the cries of his baby, who had fallen out of his cradle. The Mittler Rebbe’s father, the Alter Rebbe, who was upstairs at the time, came down to comfort the baby. Later, at the appropriate time of open-heartedness, the Alter Rebbe reproved his son, saying that even when he has ascended to the lofty heights of cleaving to God, he has to be able to hear a crying baby. Thus, we see that even when the recipient of the reproof is a great tzaddik, one should wait for the appropriate moment, when his heart is open. This is even more true when the recipient of the reproof is not a tzaddik and thus, also suffers from a feeling of rejection and distance. (Recognizing the sign of emotional distance is also important in our era, and perhaps primarily in our era).

The identification that Rebbe Simcha Bunim displayed toward his chassid, telling him that he is also worthless, refers to the common denominator that exists between all Jews. It is the essence of the words, “I am not worthy” that we all say on Yom Kippur. In the merit of his love-saturated lowliness and his ability to wait for the right opportunity, Rebbe Simcha was able to connect on a much deeper soul-level to his student. Together, they returned to God.