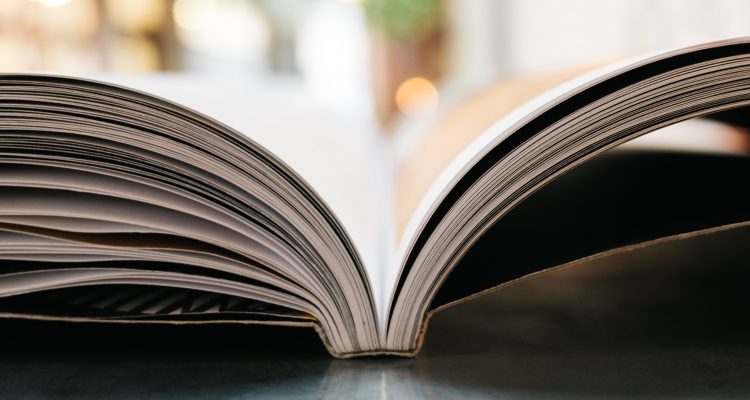 Rabbi Yitzchak Isaac Yehudah Yechiel Michel Safrin of Komarna was born on the 25th of Shevat 5566 (1806). His father passed away when he was 12 years old, and he was raised by his uncle, Rabbi Tzvi Hirsch of Ziditchov. After he married, he moved to Pintchov, his father-in-law’s town, and became a rebbe. Rabbi Yitzchak Isaac also served as a dayan (judge) in Ziditchov. Rabbi Yitzchak Isaac suffered disdain and poverty. Later, he said that he achieved his lofty spiritual level in the merit of the persecution, which he suffered with love and joy. Later, he moved back to Komarna and remained there until the end of his life.

Rabbi Yitzchak Isaac was the first and most important rebbe of the Komarna Chassidut and had thousands of chassidim. He was a prolific writer on an array of Torah topics, particularly on Kabbalah, in which he was an expert and a great innovator. He delved into the writings of the Ba’al Shem Tov and into the stories about him and his disciples. Rabbi Yitzchak Isaac passed away on the 10th of Iyar, 5634 (1874), at the age of 68.

There are many stories of Rabbi Yitzchak Isaac and the books that he wrote. Once, he was a guest in someone’s home, and he slept in the study. On Shabbat night, he saw that one of the books on the shelves was shining. At first, he thought that he was imagining things, but when he saw that the book was indeed shining, he got up to see which book it was. It was none other than his own book, Netiv Mitzvotecha. The next day, on his way to the mikveh, Rabbi Yitzchak Isaac slipped and broke his leg. He later said that he deserved this, for he felt a bit of pride over the fact that the book he had authored was shining.

On a different occasion, he couldn’t fall asleep because his book, Notzer Chesed, was shining from the shelves.

In the introduction to Rabbi Yitzchak Isaac’s commentary on the Zohar, Zohar Chai, his son describes the long process of writing it: The tzaddik began writing after Pesach 5617 (1857). After writing four pages on the two opening lines of the Zohar, he saw that it was an “endless fountain,” and he decided to stop writing. At that time, some people came to ask him to pray for an ill Jew, and when the tzaddik said that he would gift him his innovations on the Zohar, the Jew recovered).

Ten years later, a ninety-year-old Jew who looked young and healthy came to visit Rabbi Yitzchak Isaac. Rabbi Yitzchak Isaac decided that if a person could live to such a ripe old age in good health in his generation, then he may be able to complete a book on the Zohar despite his relatively advanced age (59). That night, he saw the Ba’al Shem Tov, who approved his commentary, and Rabbi Yitzchak Isaac began to write again.

He wrote continuously for several weeks, without speaking to anyone. He would eat and drink only at nightfall. He continued with this practice until he finished the introduction to the Zohar. When Rabbi Yitzchak Isaac saw that his health was suffering, he set aside specific times for writing. He continued with this writing schedule until the last Pesach of his life.

The last section upon which Rabbi Yitzchak Isaac wrote commentary was the Zohar on God’s words to Moses, “Enough. Do not continue to speak to Me of this matter” (Deuteronomy 3:26). The Zohar writes, “‘Enough’ – with the light of the sun that you had – ‘do not continue’ – for the time of the moon has come, and the moon cannot illuminate until the sun sets. Instead, [the Torah continues], ‘Command Joshua and strengthen him and encourage him’ (Deuteronomy 3:28). You, who are the sun, must shine for the moon, who is Joshua.”

After Pesach, Rabbi Yitzchak Isaac became ill. He asked for his manuscript to be brought to him so that he could continue writing and not stop at this section. It did not transpire, however, and he passed away.

Rabbi Yitzchak Isaac lived for 68 years, the numerical value of “life” (חַיִּים). He passed away on the 10th day of Iyar, the day of netzach (victory) within netzach in the Counting of the Omer. In this story, we see how much the triumph of life was necessary to enable him to write his overflowing Torah commentary.

Rabbi Yitzchak Isaac’s commentary on the Zohar can be considered the pinnacle of his Torah works. How does one merit such a length of days? From the verse “Length of days in her right hand” (Proverbs 3:16), we can learn that Rabbi Yitzchak Isaac merited length of life in netzach due to his “right hand” of love and kindness. He radiated this love and kindness to the world through his books, in order to bring his fellow Jews close to their Father in heaven. (Interestingly, writing with the intent of bringing others close to God is generally done with the right hand).

Besides writing many books, Rabbi Yitzchak Isaac also liked gematria and “numbers” (מִסְפָּרִים), which in Hebrew shares a root with “books” (סְפָרִים). Interestingly, his last name, Safrin (סָאפְרִין), shares the same root and is cognate to the word sofer (סוֹפֵר), meaning a scribe. The light that shines from his books is reminiscent of the shining light of the sappir (סַפִּיר), or sapphire. Thus, the words for number, story and sapphire all stem from the same three-letter root ס.פ.ר. and, in Kabbalah, they correspond to the three aspects of every vessel.

Of the many beautiful descriptions of writing in the Bible, the one that seems to best describe Rabbi Yitzchak Isaac is, “[My tongue is] the pen of a quick writer”[1] ( עֵט סוֹפֵר מָהִיר[לְשׁוֹנִי]). This description is also numerically related to him since its value is 680 and it consists of 10 letters, which means that the average value of each letter is 68, Rabbi Yitzchak Isaac’s lifespan. The reduced value of these words is 50, the age at which Rabbi Yitzchak Isaac began writing his commentary on the Zohar. The word for “pen” (עֵט) is the initials for “good advice” (עֵצָה טוֹבָה). Thus, with the pen that he holds in his right hand when writing, he is giving others good advice through his books. Indeed, the sages say[2] that age 50 is the age at which one is best suited to start giving advice. The word “pen” can also be seen as the initials for “important and unimportant” (עִקָּר טָפֵל); knowing the difference between the two is vital to good writing and authoring books that are illuminating.

The age at which Rabbi Yitzchak Isaac began writing his commentary on the Zohar is connected to how the writing ended—his passing in the middle of sefirat ha’omer (the Counting of the Omer) on the day of netzach in netzach, the attribute of Moses, while writing about the passing of Moses. Moses attained the 50th gate of understanding and gave the Torah on the 50th day of the Counting of the Omer.

Moses was the great scribe of Israel[3] as well as its faithful shepherd.[4] For Rabbi Yitzchak Isaac, leadership and teaching Torah did not come together easily. The Yeitiv Lev[5] once remarked that the Komarna Rebbe had many chassidim, and then their number dwindled. But uncharacteristically, when he would go on a journey, the crowds would flock to him. He explained that in heaven, there was great satisfaction from his writings. Thus, heaven ensured that chassidim would not come to him when he was at home, which would have distracted him from his writing. But, when he was out on a journey, and could not write anyway, the crowds returned.

Photo by Jonas Jacobsson on Unsplash

Rabbi Nachum of Chernobyl: Is ...

Mathematics in the Torah: Dev...

Q: How is it that

To be fully triumphant, it