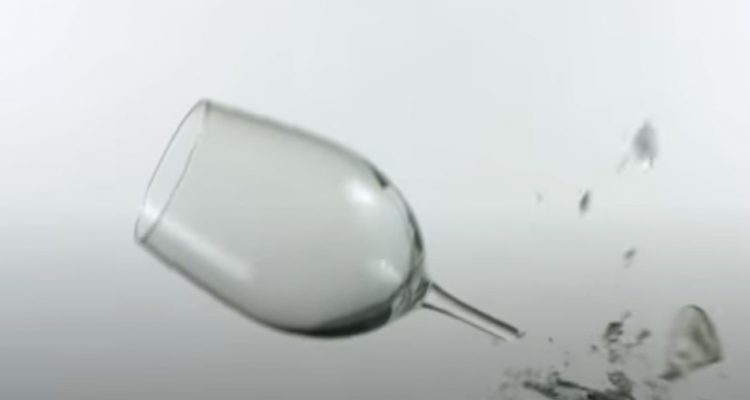 Rabbi Yaakov Yosef of Ostra’ah, who was known as Rabbi Yeibi, (YYB”Y -Yaakov Yosef Ben Yehudah) was a rabbi and judge in Ostra’ah in Ukraine. His father, Rabbi Yehudah Leib was a rabbi in Ostra’ah and after his death Rabbi YYB”Y succeeded him. He was a disciple of the Magid of Mezritch and founded the Ostra’ah Chassidic court, which continued until the Holocaust. He passed away on the 20th of Tishrei 5551 (1790), on the day of the Ushpizin of Joseph.

They all went to the Zusman family. “The Rabbi of Polna’ah wants you to agree for him to be a magid here,” said Rabbi Yeibi. The Zusmans did not want to make the decision and sent him to an ordinary Jew living in the city, saying that he would make the decision. They went to the Jew’s home, where they found him lying in his bed and learning mishnah. “Yossel, what are you doing here?” the Jew asked Rabbi Yeibi.  “The Rabbi of Polna’ah would like to be a magid here,” he answered. “And what do you want from me?” pressed the Jew. “Go to the Zusmans!”

“We were already there, and they told us to come to you,” Rabbi Yeibi answered. “In that case,” the Jew answered, I do not agree.”

“Consider who you are starting up with,” Rabbi Shimshon of Shpitiwoka said to the Jew. “With the Rabbi of Polna’ah. I am nothing compared to him and I am an expert in the entire Talmud.”

“The chapter of mishnah that I am learning now is more important than your Talmud,” the Jew retorted.

“I am an expert in both the Babylonian and Jerusalem Talmud, Sifra and Sifri,” Rabbi Shimshon of Shpitiwoka countered.

“My chapter of mishnah is more beloved,” the Jew countered.

“You heard a decree from Heaven that said ‘And Joseph was the leader of the land’” Rabbi Yeibi turned to the Rabbi of Polna’ah. You thought that was alluding to you, but you were wrong. It was referring to me. My name is also Joseph.”

The Rabbi of Polna’ah immediately acknowledged this and said, “Of course, I made a mistake! I did not know that your name is Joseph. It is by law that you should become the Magid of Ostra’ah. Let us call the heads of the city and they will officially appoint you!”

Everyone came together and officially appointed the holy Rabbi Yeibi to be their magid. The Rabbi of Polna’ah blessed him and returned to his home in Polna’ah. He then sent a glass cup to Rabbi Yeibi as a gift.

The cup was very dear to Rabbi Yeibi and he used it when making the ritual blessing on the wine (kiddush) on Shabbat. Once, on Simchat Torah, a bird landed on the set table and broke the cup. When Rabbi Yeibi’s daughter saw the cup so beloved to her father broken, she fainted. When her father came home, he asked where his daughter was and they told him the entire story. He called for his daughter, and she came to the table in tears. “My daughter, why are you crying?” Rabbi Yeibi comforted her. “We will find a different cup.” When she saw that her father was not terribly upset, she was comforted.

Rabbi Yeibi told his assistant to find out if there were any merchants in town who were planning to journey to Berditchev immediately after the holiday. A merchant with immediate travel plans came before Rabbi Yeibi, who said to him, “The way from here to Berditchev goes through Polna’ah. I decree upon you that you should go to the Rabbi of Polna’ah and tell him that I ask after his welfare. Tell him, as well, that the cup broke.” The merchant promised and Rabbi Yeibi repeated his instructions three times, with a stern warning not to change any details.

The merchant didn’t know how he was going to fulfill Rabbi Yeibi’s instructions under these unexpected circumstances. He began to call out, “Allow me to enter into the Rabbi’s room, I have something that will heal him!” The merchant entered the rabbi’s room and whispered in his ear, “Rabbi Yeibi asks after your welfare, and the cup broke.” Immediately the Rabbi of Polna’ah opened his eyes and said, “Thank God. The cup has broken and we have escaped.” (Based on a verse in Psalms). The Rabbi of Polna’ah slowly recuperated and lived another few years.

When the time actually did come for the Rabbi of Polna’ah to pass away, some simple workmen were walking under his window on Simchat Torah. They were drunk and were singing loudly. “What are you celebrating?” the Rabbi asked one of the drunkards. “Have you learned a great amount of Torah?”

“If I didn’t learn, the honored Rabbi has learned, and if my brother is making a wedding, I will also take part in the celebration.”

The Rabbi agreed with his words, and then the drunkard added, “If I am correct, I remove the honored rabbi from his position.”

The Rabbi of Polna’ah became very frightened and when the drunkard turned to leave, the Rabbi said, “God will likewise break you forever, He will pick you up and pluck you out of your tent.”[1]  The drunkard died immediately. The Rabbi quickly finished up all loose ends on Simchat Torah, and when night fell, he called for the Burial Society, gave them instructions and passed away in great honor. May his merit protect us, amen.

The Rebbe of Polna’ah was known as a severe figure. He even discussed this with his rabbi, the Ba’al Shem Tov. Among other things, the Ba’al Shem Tov instructed him not to relay new insights into the Torah on a day during which he had become angry, as per the teaching of the Arizal that the soul of a person who becomes angry leaves him. The departure of the soul (neshamah) is also the departure of control (shilton – same numerical value as neshamah). This is expressed in the removal of the Rabbi from his position before his passing, as the sages say, “There is no control on the day of death.” By association, we can also understand the advantage of the mishna (same letters as neshamah) that the Jew was learning with inner serenity, over the Talmud learned by the student of the Rabbi of Polna’ah.

The Rabbi of Polna’ah had a history of being removed from his position: He was rejected from filling the place of the Ba’al Shem Tov, even though he was the greatest of his disciples and the first to publish his teachings. Afterward, he was not accepted to become the Magid of Ostra’ah and at the end of his life, was also distanced by the drunkard from the rabbinate of his own city of Polna’ah. (The Jerusalem tzaddik Reb Usher Freund likewise used to say that before his death he would not be left with one follower…). It is certainly possible that his severity was the underlying cause – his trait of “left arm pushing away” caused him to be rejected.

There is, however, a second side to the anger coin. The Rabbi of Polna’ah and other tzaddikim employed the trait of anger as a tool in their service of God. “(People used to quote the Zohar, which says, “There is anger that is called blessed (baruch)” in reference to Rebbe Baruch of Mezhibuzh, who employed anger in his service of God. While anger is burning fire, it is sometimes better to critically contemplate life and “kill” it, than to create more and more new ideas that may go rancid.  This is how we can also relate to the drunkard in this story. The Rabbi of Polna’ah used his anger against the drunkard (and fulfilled the verse in Psalms, “The tzaddik shall rejoice for he has seen revenge.”) The Rabbi of Polna’ah elevated the drunkard’s soul up to heaven with him, and in his merit, the drunkard reached heights that he would never have reached alone. The final chord of his life connected him to the tzaddik and the apparent revenge of the Rabbi of Polna’ah was actually a great favor to his soul.

The precious glass cup that broke (glass in Hebrew is zchuchit, which also equals tevunah, understanding) was an exchange for the passing of the Rabbi of Polna’ah. It alludes to the fact that the root of stringency is in the anger of Moses. Moses, who saw Divinity in a reflection that was illuminated and clear as glass, would be displeased when the Children of Israel would conduct themselves in an unworthy manner. The other prophets, by contrast, would only see with an unilluminated reflection, like the silver cup used by most people for the ritual blessing on the wine. When the Divine picture is slightly distorted in the prophet’s eyes, he can understand why the sinners do not clearly see God’s presence. The breaking of the glass in this story is like the breaking of the glass in the marriage ceremony. It provided the Rabbi of Polna’ah with another few years in this world,  creating joy similar to a wedding celebration.