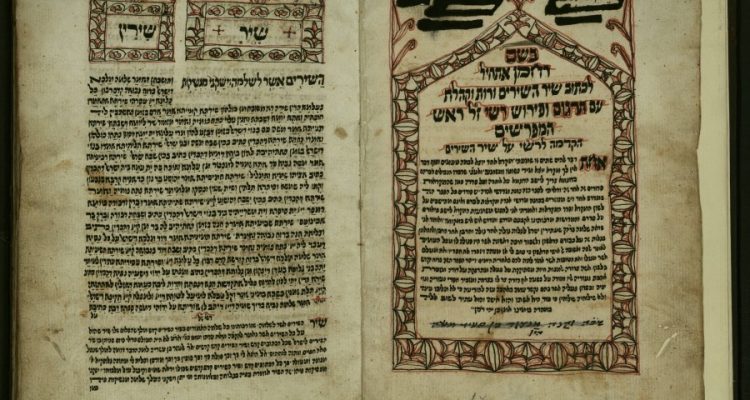 Rebbe Aharon of Karlin: Pleasure in Service of God

Rebbe Aharon Hagadol of Karlin was one of the great disciples of the Maggid of Mezeritch and one of the great disseminators of Chassidut in Lithuania. He was known for his enthusiastic service of God, praying in a loud voice (as the Karlin chassidim continue to do until today). His infectious charisma and palpable pleasure in the service of God brought tens of thousands of Jews back to Judaism. Rebbe Aharon also authored the famous poem Y-ah echsof. He passed away on the 19th of Nissan 5532 (1772) at the age of 36 and is buried in Karlin in Belarus. His descendants and disciples established the Chassidic courts of Karlin, Ludmir, Lechovitch, Cubrin, Slonim and Koidinov.

Rebbe Aharon’s special delight in service of God is exemplified in the following story:

Once, on Shabbat night, the Maggid of Mezrich was resting. (The holy books explain the loftiness of sleeping on Shabbat night). Rebbe Aharon was laying on a bench in the Study Hall of Mezritch. It looked like he was sleeping, but in truth, he was quietly reciting the Song of Songs. As he continued, the Maggid’s aide entered the study hall and told Rebbe Aharon that the Maggid requested of him to stop saying the Song of Songs. His heartfelt pleasure was creating commotion and excitement in all the upper worlds and the Maggid couldn’t fall asleep!

When Rebbe Hillel of Paritch would tell this story, he would cry, saying that despite the loftiness of Rebbe Aharon’s Song of Songs, which created great commotion in all the upper worlds, the Maggid’s sleep was even greater than that.

We see that Rebbe Aharon had a special ‘sense’ for the Song of Songs. It is specifically a person with such a sense – who can feel the intense power and pleasure of service of God in holiness – who can bring people who have fallen into sin because of their lusts back to God.

On the other hand, Rebbe Aharon’s ‘easy’ way to return to God is liable to create unstable returnees. These people could possibly fall once again and be drawn back to the pleasures of the outer husks. After all, they were not ‘cured’ of their addiction to pleasure, but simply exchanged physical pleasure for spiritual pleasure. These people must always be careful to feel the pleasure in holiness. If not, they will once again be drawn to unholy pleasures.  This is similar to the people that Abraham and Sarah converted in Haran with their lovingkindness. These people ‘disappeared’ after Abraham and Sarah passed on, and apparently fell back into their old ways.

On a deeper level, just as there is physical lust, there is also lust of the intellect, which is – in addition to its concomitant pride problem – the source of heresy. A person who is able to satiate intellectual lust with holiness and service of God (and override the arrogant, showing them that he is infinitely smarter than them) can bring heretics back to God. Today, we need both types of tzaddikim. If we merit, these two personas will unite in one persona – the Mashiach!