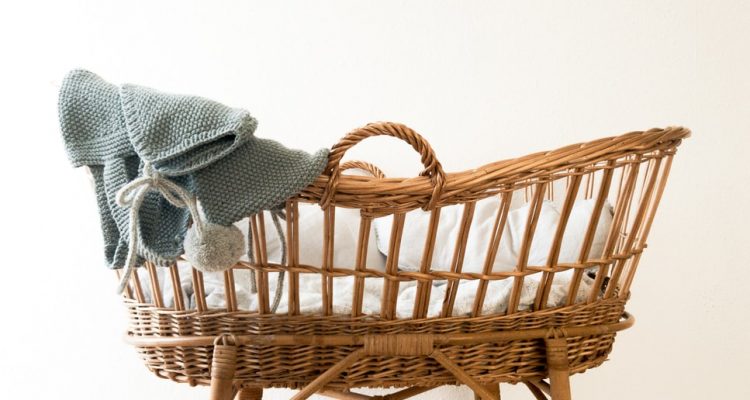 Rebbe Elimelech of Lizhensk: Growing Beyond the Cradle

Rebbe Elimelech of Lizhensk, author of the “Noam Elimelech,” was the brother of Rebbe Zusha of Anipoli. Rebbe Elimelech was born to his father, Eliezer Lipa and his mother Mirel in 5477 (1717). Following in his brother, Rebbe Zusha’s footsteps, Rebbe Elimelech became one of the greatest disciples of the Magid of Mezritch. His book was known as, “the book of the righteous” and Rebbe Elimelech himself was called “the little Ba’al Shem Tov.” In many ways, Rebbe Elimelech fashioned the Chassidic ways of Poland in its entirety, delineating the persona of the tzaddik and the way to connect to him. His disciples were the Chassidic masters of the next generation. Rebbe Elimelech passed away on the 21st of Adar, 5547 (1787) in Lizhensk. His son, Rabbi Eliezer, served as a rabbi after his father’s passing, but did not assume the mantle of Rebbe.

Rabbi Shmuel’s daughter was already 18 years old, but since she was a baby, she had not grown physically. At the age of 18, she still looked like a baby in her cradle, and spent all her days there. One day, Rabbi Shmuel’s wife told him that she had heard that there was a tzaddik, Rebbe Elimelech, who apparently lived the closest to them of all the great tzaddikim. She begged her husband to journey to the tzaddik with their daughter. Perhaps he would be able to perform a miracle for her.

Rabbi Shmuel was not interested in tzaddikim or chassidim and he certainly did not want to make the journey to see Rebbe Elimelech. For a long time, he turned a deaf ear to his wife’s entreaties. Eventually, however, she wore down his opposition and he reluctantly packed his daughter into his wagon and they were off to Lizhensk, to see Rebbe Elimelech.

On the way, Rabbi Shmuel met a childhood friend, who also opposed Chassidut. The friend, who knew Rabbi Shmuel as a Torah scholar who toiled over his Torah study day and night and was meticulous with his time asked him where he was going. Rabbi Shmuel told his friend the entire story and the friend answered him, amazed, “What? You believe in Rebbes? It is a waste of time that could better be used for Torah study!” That convinced Rabbi Shmuel, and he turned around and went home. After a few weeks, Rabbi Shmuel’s wife once again begged him to go to see Rebbe Elimelech. “God is great,” she said to him. “He could perform a miracle. And there are tzaddikim. Perhaps our salvation will come through this tzaddik?” Rabbi Shmuel set out once again with his daughter in tow.

Suddenly, in the middle of their discussion, Rebbe Elimelech turned to the girl and shouted, “What chutzpah you have to lie on my bed. Get up right now!” To the absolute amazement of her father, the girl immediately stood on her feet. She miraculously walked over to the table – but she was still tiny. “Come and I will bless you,” said Rebbe Elimelech. He placed his holy hands above her head and began to bless her with an abundance of blessings. While doing so, he lifted his hands again and again further above her head. As he raised his hands, the girl grew. This continued until Rabbi Shmuel finally said, “Rebbe, I think she is tall enough now.” All of this took only a few moments.

Rebbe Elimelech turned to the delighted father and said, “Now that your daughter is 18 years old, she needs to marry. Go home and make the best match that you can for her. True, you do not have money. I will write a note for you. After you make the match, go to a particular place and meet a particular person. Give him the note, which says that he should pay for all your expenses for the wedding.”

After witnessing all the miracles, Rabbi Shmuel was a true believer. He went home with the intention of making a fine match for his daughter. On his way, he searched for the person who was supposed to pay for the wedding expenses. He finally found him and gave him Rebbe Elimelech’s note. When the man saw the note, he removed a large bundle of money from his pocket and without thinking twice gave it to Rabbi Shmuel.

The man did not look wealthy at all. “Where is the money from?” Rabbi Shmuel asked. “My landlord threw me, my wife and children into the pit because I couldn’t make my rental payments. Every day, they would throw us a piece of bread so that we wouldn’t die. One day, the landlord came to the pit and I shouted to him, ‘What do you gain if I am in the pit? Let me out and I will collect money from kind Jews until I can pay my debt and you will release my family.’ The landlord understood that this was a better option and released me. I gathered the sum that I owe the landlord – which was exactly the sum in Rebbe Elimelech’s note – and now I am on my way back home to redeem my wife and children from the pit.”

Immediately after giving Rabbi Shmuel the money, this Jew set out to Rebbe Elimelech. “What will I do now?” he asked his Rebbe. “How will I save my wife and children?” “It will be fine,” Rebbe Elimelech reassured him. At that moment, the landlord died and the entire family was released from the pit.

Beyond the miracles performed in this story by Rebbe Elimelech, who did in a few moment’s time what nobody else had managed to do for eighteen years, the real wonder here is this Jew’s complete faith in the tzaddik. He had so much self-nullification and lowliness that he was completely willing to give the very sum that would save his family to Rabbi Shmuel.

The entire Congregation of Israel needs a miracle like that, which will elevate Israel until it reaches its true stature. Many years have passed, but we have remained trapped in small-mindedness, incapable of thinking beyond the confines of the cradle.  If we believe in the Mashiach with perfect simplicity, he will elevate the Nation of Israel to lead the entire world in God’s ways – until the marriage of the Holy, blessed One and the Shechinah, may it be speedily in our days.

Photo by Nynne Schrøder on Unsplash