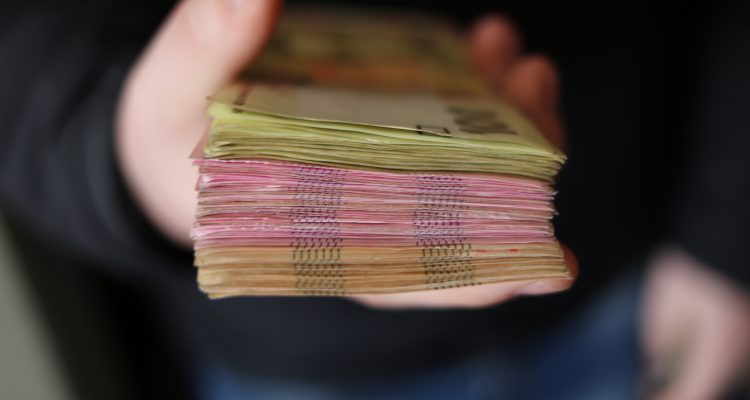 Rebbe Leib Sarah’s: The Loan that Made a Marriage

Rebbe Leib Sarah’s was one of the most wondrous tzaddikim in the annals of Chassidut. He was born in 5490 (1729) and apparently was named after the Maharal of Prague from whom he descended. He was called “Sarah’s” after his righteous mother, Sarah. When she was a young woman, the local landowner wanted to force her to marry him. In order to foil his plan, she immediately married Reb Yosef, a poor, elderly teacher. She knew that her husband was a hidden tzaddik and asked him to bless her that she should have a holy son like him. And so, Rebbe Leib was born. When he was 15 years old, he became a disciple of the Ba’al Shem Tov and later, of the Maggid of Mezritch. Throughout his life, Rebbe Leib wandered throughout the world, searching for Jews who were suffering troubles or were in captivity, helping them in a wondrous manner. He had the ability to command any person – no matter what his lofty station in life – to do whatever he commanded him to do. Reb Leib Sarah’s passed away on the fourth of Adar 5551 (1791).

A certain young man wanted to become a disciple of Rebbe Leib Sarah’s. He constantly asked Reb Leib’s disciples to intercede on his behalf, but try as he might, Rebbe Leib would not accept him. Finally, he said that if the young man would be willing to sell all of his property and to loan him the money for a year, then he would agree for him to join his group of disciples. The young man accepted the condition, sold all of his property and lent all the money to Rebbe Leib. He happily sat in the study hall and learned Torah with the group of Rebbe Lieb’s disciples.

When the year was up, Rebbe Leib came to the young man with part of the loan and said to him: “Give me the loan document and write me a new document in accordance with the money that I am returning to you now. With this money, go out and buy respectable clothing, rent a carriage and a driver, travel to Kovna and tell the matchmaker there that you would like to propose marriage to Miss X. Give him a large sum for his trouble and then see what happens next.

The young man did as he was told, arrived in Kovna and spoke with the matchmaker, who laughed in his face: “Miss X is a beautiful, extremely wealthy and extremely intelligent orphan. She runs all of her business in the city by herself. This is why she has not found a match as of yet. Who are you compared to her?”

The young man gave the matchmaker a large coin and said to him: “What difference does it make to you? Try!”

The matchmaker agreed to try and after Shabbat, approached Miss X and said to her, “A certain Jew has come to Kovna. I don’t even know him. But I have to make my living and he gave me a substantial sum of money so that I would propose that you marry him.”

“Please find out more about this young man and get back to me,” Miss X answered.

The matchmaker, who was surprised that Miss X did not immediately reject his proposal, went to do some research about the young man and returned to her with his name and other relevant details.

“I agree to marry him,” she said. But to save face, tell him to rent six stores next to mine and open a shopping center. I will order merchandise that will come under his name.  When people see that he is a wealthy man, it will not be embarrassing for me to marry him and all will work out.”

When the young man rented the stores (with money provided by his bride-to-be) her assistants came and told her that her new neighbor is growing and may be a potential threat to her business. “No matter,” she answered them. “Leave him alone. Perhaps he will not be selling the same merchandise that I sell.” But when the merchandise arrived, it was the very same as hers and very high quality. Once again, the assistants warned her of her new competitor and she ignored them. After some time, she said to her uncle, “Perhaps you can do some research on this new merchant? I heard that he is single.” The uncle quickly did the research and the marriage was arranged.

Two years after their wedding, the husband and wife were sitting and talking. The wife bent over for a moment and precisely then, Rebbe Leib Sarah’s entered their home, placed the rest of the money that he owed his disciple on the table, asked for the loan document and left. The wife saw Rebbe Leib on his way out and said to her husband, “Go out to accompany him. That is Rebbe Leib!”

“How do you know Rebbe Leib?” asked the husband, surprised.

“Why do you think I agreed to marry you?” she answered. “Some time before you arrived in Kovna, an old man came to me time and again. He said that his name was Leib the son of Sarah. He told me that I have to marry a certain young man, that he is my soulmate. My deceased father also came to me in a dream and told me to listen to Rebbe Leib, but I didn’t listen. Finally, I became deathly ill and then I took upon myself to listen to Rebbe Leib. So when you arrived in Kovna, all that I had to do was to inquire as to your name and then accepted the proposal…

Most people prefer to be on the side of the lender and not on the side of the borrower. After all, who wants to be indebted to someone else? But Rebbe Leib had his reasons and he particularly liked to borrow money. He preferred to borrow and return money as opposed to receiving money as a donation, called a pidyon, from his followers, as was the accepted mode of income for tzaddikim. Rebbe Leib would say that the money that he received as a loan was certainly acceptable by Torah law – which may possibly not have been the case if a person gave money to a tzaddik so that he would pray for him, and it could be that he would also have been saved with his own prayer for himself.

There are many stories that describe how Rebbe Leib borrowed money from Jews and it ultimately turned out, as in our story, that it was not exactly a loan, but rather, a gateway to wealth. Once Rebbe Leib borrowed all the money that a particular wealthy man in his town had, and immediately afterward, a huge fire broke out and destroyed almost everything in the town. Rebbe Leib was able to return the money to the man and he was then able to rehabilitate his own business and help all of his neighbors, as well.

Even though he could have achieved the results that he wanted in a different way, Rebbe Leib wanted to “belong” to the Jew from whom he borrowed money and to enter into the deal with all seriousness. The Chassidic saying is usually just the opposite, highlighting how the chassid belongs to his Rebbe. But Rebbe Leib reveals a deeper dimension to us, in which the leader is the servant of his people.

By borrowing money, Rebbe Leib also gained the special mitzvah of returning a loan, which has no personal gain and is totally for the sake of Heaven. Particularly if, as was the case with Rebbe Leib, he enjoyed owing money. It is with the power of this mitzvah that he was able to make matches. This is because every match includes an element of returning a heavenly loan to the soul that is missing its second half.

Another connection of Rebbe Leib to this unusual match is through his parents: A young, beautiful woman employs great self-sacrifice and willingly marries an elderly, poor teacher. We can say that Rebbe Leib saw in the couple in this story a spark of his father and mother and for that reason, he devoted himself to their match. Rebbe Nachman of Breslov writes that the first letters of the verse שפתי כהן ישמרו דעת ותורה (“The priest’s lips keep knowledge and Torah”, Malachi 2:7) spell out the word שידוך (“match”). Rebbe Leib, the righteous  Kohen, keeps the knowledge of his parents, which is the connection between them – and with that inspiration, makes matches for his disciples.

Photo by Roman Synkevych on Unsplash

A main innovation of Chassidut

Thanksgiving and Masks of Puri...

The following is excerpted from