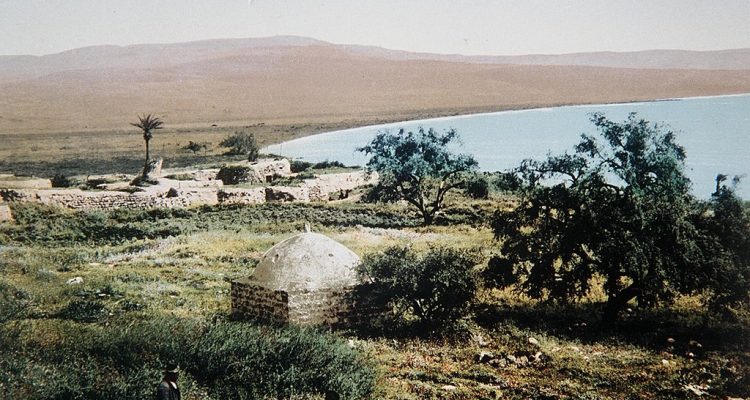 Rebbe Menachem Mendel of Vitebsk: Prayers Hovering Over the Kinneret

After the services, his students asked him what had transpired. He explained that all the prayers of the Jews of the Diaspora have to ascend on Shabbat eve, and they come to the Kinneret, hover over it and then ascend. “I looked at the Kinneret, at all the prayers hovering above it, and saw that they were not ascending. I understood that the Diaspora prayers were not ascending because some of the people there (referring to the chassidim connected to him) were not giving enough charity to help the poor in the Land of Israel.” Rebbe Menachem Mendel’s deep contemplation was apparently effective, so that those people in the Diaspora decided to give generously for Israel’s poor, which released the prayers and they ascended.

Charity in general, and charity for the Land of Israel in particular, is a very important matter in Chassidut. Most of the Alter Rebbe of Lubavitch’s “Holy Letters” revolve around this theme. Why did the tzaddik have to wait so long for the prayers to ascend? Perhaps because the most propitious time for giving charity is before lighting the Shabbat candles. In Europe, Shabbat begins late, and when the chassidim there were aroused to give charity, it was already quite late on the shores of the Kinneret.

It is written that all the prayers ascend specifically from the Cave of Machpelah, the burial place of the Patriarchs and Matriarchs in Hebron. Apparently, there are two dimensions to the ascent of the prayers. The letters of the prayers and their intentions, their simple meaning and their soul. The revealed dimension ascends through Hebron (which in the Zohar alludes to the connection to the natural elements and the letters of prayer) while the concealed dimension ascends from the Kinneret.

The concealed dimension of the prayers is very relevant to charity. When Rebbe Menachem Mendel saw that the prayers of the Diaspora had not ascended, he understood that the problem was in the realm of charity. He perceived that it was upon him to rectify the situation and to bring the prayers up to God. When a tzaddik is quintessentially lowly, like King David, he can uplift the entire reality to God. In the words of the Alter Rebbe of Lubavitch, “In order to lift a building, it must be grasped from below.” In other words, when a tzaddik sees in everything in the world the point where it ascends to God, he can transform it into something truly lofty.