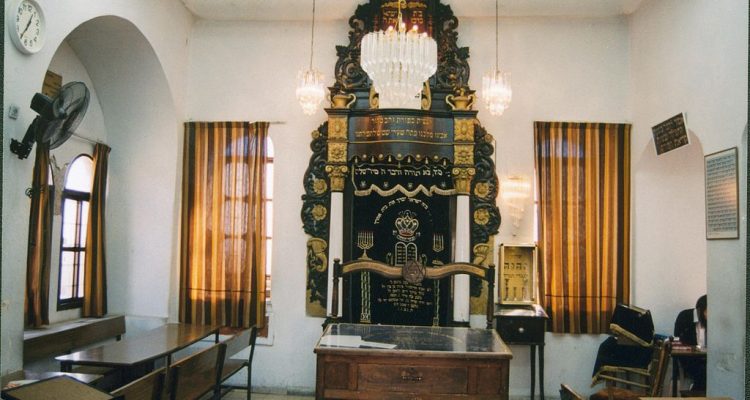 Rebbe Menachem Mendel of Vitebsk was one of the great disciples of the Maggid of Mezritch. He was born to his father, Rebbe Moshe, who was a disciple of the Ba’al Shem Tov. He was orphaned at an early age and grew up in the home of the Maggid of Mezritch. The Maggid even took him with him when he would travel to the Ba’al Shem Tov. When the Maggid passed away, as per his will, Rebbe Menachem Mendel became the leader of the chassidim in White Russia and Lithuania.

In 5637, Rebbe Menachem Mendel made aliyah together with 300 of his chassidim. This was a very significant number of people to make aliyah as a group in that era. He first settled in Peki’in, then moved to Tzfat and finally to Tiberias, where his congregation remained.

Rebbe Menachem Mendel died on the first of Iyar, 5648 and was buried in the ancient cemetery of Tiberias, in the plot dedicated to the disciples of the Ba’al Shem Tov. His student, Rebbe Elazar Zusman, gathered the words of Torah that he would speak on Shabbat into the book, “Pri Ha’aretz.”

Rebbe Menachem Mendel would sign all of his letters with the words, “the truly lowly, Menachem Mendel.” What does this title mean? The example for this signature must have been King David, who danced before the Ark of the Covenant. When his wife, Michal told him that he was conducting himself in a decidedly unroyal manner, he answered her, “And I will make merry before God … and I will be lowly in my eyes.”

Lowliness can be an extremely poor characteristic, if a person does not respect himself, i.e., the Divine image in him, and allows himself to act like an animal. But lowliness can also be the best of traits. A lowly spirit goes together with humility and the sages guide us, “Be very, very lowly of spirit.”

The essence of lowliness is when a person feels that he is very low, like a completely empty vessel that has nothing to claim as its own. This is not a license to be stupid. We must know and recognize our strong points and talents. It is important, however, to internalize that all our good points (and we do have them) are a free gift from God in His abundant mercy and kindness. It is a gift from God with which we can fill our empty vessels.

In the words of Rebbe Menachem Mendel:

Rebbe Menachem Mendel and other Chassidic masters taught that there is a special connection between positive lowliness and the Land of Israel. “Be very, very low of spirit” parallels the verse, “The Land is very, very good.”  The truly lowly person has the tools to recognize the holiness of the Land of Israel and to live in it appropriately. In the Land of Israel, when we are dealing with the practical aspects of life, we must be very careful not to think that it is our own strength and talent that has brought us success. We must remember at all times that everything is from God. Thus, from the leader of the first “mass aliyah” in modern times, we learn the correct perspective of a true Jewish pioneer in the Land of Israel.

Fittingly, Rebbe Menachem Mendel chose to settle in Tiberias after unsuccessful attempts to settle in Tzfat and Peki’in. Tiberias is one of the lowest cities in the Land of Israel (second only to Jericho) and we can see it as representing the trait of lowliness (as explained in Kabbalah, that Tiberias is connected to the sefirah of acknowledgment (hod), about which it is said that it descends to what the Book of Formation calls, “the extreme depth,” עומק תחת). The sages also say that Tiberias was the last place in which the Sanhedrin was active and that it will be reinstituted there in the future. Perhaps Rebbe Menachem Mendel blazed the trail…

Image: The Vitebsk synagogue in Tiberias