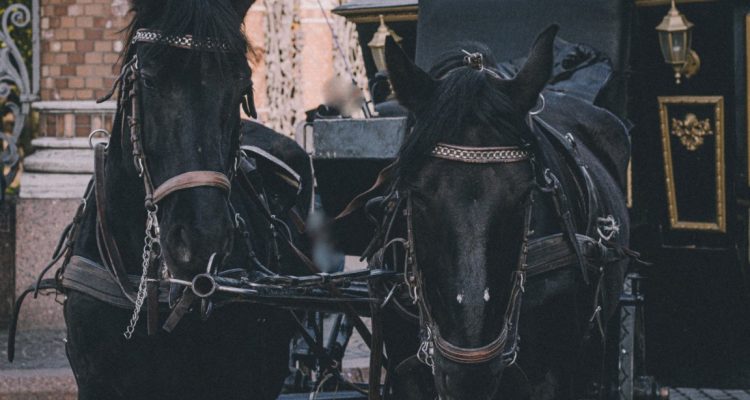 Rebbe Menachem Mendel Kalish of Vorke (Warka), whose day of passing is the 16th of Sivan, was the son of Rebbe Yitzchak of Vorke – the preeminent disciple of Rebbe Simcha Bunim of Parshischa (Przysucha). There was another great tzaddik in that generation, whom many considered the greatest tzaddik of the times: Rebbe Yisrael of Ruzhin. Rebbe Yisrael of Ruzhin was the only tzaddik that his contemporary, the third Lubavitcher Rebbe (known as the Tzemach Tzedek) referred to as holy—“the holy Ruzhiner.” Rebbe Yisrael of Ruzhin devoted his life to bringing the Mashiach.

The tzaddikim of Poland used to meet often. Once, Rebbe Yitzchak of Vorke went to meet the Ruzhiner Rebbe, and brought his teenaged son, Rebbe Menachem Mendel, with him. Rebbe Yisrael of Ruzhin maintained a markedly royal court. He had a grand carriage upon which he would ride like a king. He ascended onto the carriage, inviting his guests to ascend after him. As they were ascending, Rebbe Yisrael announced, “Whoever does not know the secret of the Workings of the Chariot may not ascend onto the carriage.”

Rebbe Yitzchak of Vorke knew the secret and ascended unperturbed. But as soon as his son, the teenaged Menachem Mendel heard the words of Rebbe Yisrael of Ruzhin, he immediately jumped into the driver’s seat of the carriage, saying, “I don’t know the Workings of the Chariot, but I do know how to drive horses!” And off they went. Menachem Mendel drove the carriage while the two tzaddikim in the back relaxed and enjoyed each other’s Torah thoughts.

“This son is a pure gift from Heaven, above and beyond any merit,” Rebbe Yitzchak answered.

What can we learn from this story? Rebbe Menachem Mendel’s modesty and humility elicited his statement that he does not know the secret of the Workings of the Chariot. But he does say that he knows how to drive the carriage.

The Lubavitcher Rebbe repeated many times that “the main thing is action.” Rebbe Menachem Mendel is a great tzaddik, who also knows how to descend into reality, control the horses and drive the carriage. This is very special. To merit a son like that, a great tzaddik who is both modest, humble and strong—who jumps in and immediately begins driving the carriage—represents a form of messianic perfection.

There is nothing new about a person who is not learned in Torah knowing how to drive horses. But when a genuinely great tzaddik, modest and humble says, “I don’t know the secret of the Workings of the Chariot, but I do know how to drive horses,” and then jumps into the carriage and starts driving two great tzaddikim – he is expressing true messianic energy. This is also the energy that we need to build the land of Israel. When the Jewish Nation returns to its Land, it has to be actively involved in reality —but it also has to be righteous. “And Your people are all tzaddikim, they will inherit the Land eternally.”[1] This synthesis is very rare, but it is the destiny of our generation.