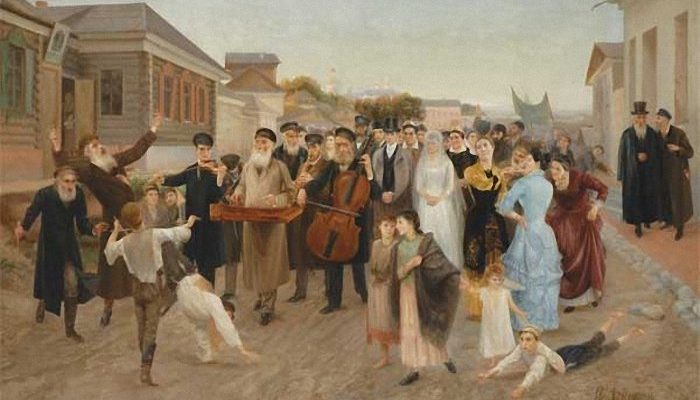 Rebbe Menachem Nachum of Chernobyl (also known by the title of his book, the Ma’or Einayim) founded the chassidic dynasty of Chernobyl. He was the eldest of the disciples of the Maggid of Mezritch and even had the merit to learn directly from the Ba’al Shem Tov, himself. According to the Lubavitcher Rebbe, Rebbe Nachum was the grandson of Rabbi Adam Ba’al Shem—the secretive sage who passed his knowledge on to the Ba’al Shem Tov.

Rebbe Nachum traveled from Jewish town to Jewish town to awaken the people to follow Torah and Chassidut. After the passing of his mentor, the Maggid of Mezritch, many chassidim saw Rebbe Nachum as his successor, and Rebbe Nachum became a chassidic rebbe. He established his court in a number of places until it settled permanently in Chernobyl (Ukraine). Among Rebbe Nachum’s disciples were the Bat Ayin (Rebbe Avraham Dov of Avritch) and his son, Rebbe Mordechai of Chernobyl. His famous book, Ma’or Einayim, is one of the fundamental books of Chassidut. Additional chassidic sects that stemmed from the Chernobyl court are Tolna, Skver and Rachamstrivska (Rachmistroika). Rebbe Nachum passed away on the 11th of Cheshvan and was laid to rest in Chernobyl.

Rebbe Nachum of Chernobyl would receive pidyonot, money from people who requested his prayers for them. He would never keep the money but would immediately distribute it to the poor.

Once, a poor man came to him and said:

“I must find a match for my daughter, but I have no money for the wedding.”

“How much will the wedding cost?” Rebbe Nachum inquired.

Just half an hour before, a wealthy man had given Rebbe Nachum exactly the sum that this poor man needed! On the other hand, it was quite a fortune of money. Rebbe Nachum had never given one person such a large sum. He began to deliberate. His first thought was that this was wondrous Divine Providence. “Just half an hour ago, I received this exact sum of money, and now this poor man has entered and knowing nothing about the large donation, has requested the exact same sum. On the other hand,” Rebbe Nachum continued his silent deliberation, “with ten thousand rubles, I can put meals on the tables of one hundred hungry families. Should I give all of this money to this one man so that he will be able to make a wedding for his daughter? Or should I help one hundred hungry families, which seems to make more sense?”

Ultimately, Rebbe Nachum decided to give all the money to the poor man, because of the Divine Providence in the timing and also because it was his first thought.

The Tzaddik: The Divine Conduit

It is not often that we get to learn of the dilemma in a tzaddik’s thoughts. We can readily surmise that since the tzaddik revealed his thoughts, they were meant for us to consider what we would do in a similar situation. So before continuing on, what would you do? Would you trust what seems like a Divine act of Providence and give the small fortune to the man for his wedding, or would you use it to feed a hundred families? Or, would you do something entirely different? How can you know what the right course of action is? After all, this money is meant for charity—how should you use it properly? Can you trust your instincts just like Rebbe Nochum did?

In general, only a tzaddik can rely on his first thought, for the tzaddik, as in this story, is always in a state of self-nullification before God. He sees God’s hand in everything that happens to him. He thinks, “If just now someone came and gave me ten thousand rubles and immediately afterward a poor man comes and requests ten thousand rubles, then I am nothing but a conduit to transfer the abundance from one person to the other.” The tzaddik’s thought process is: “I received something, and I will pass it on.”

On the surface, both options for giving the ten thousand rubles seem to be from the good inclination. When we delve deeper, however, we see that even within what seems to be an argument coming from the good inclination, there is a measure of negativity stemming from the evil inclination. How so? The logical Torah-based intellectual argument that it is better to give the money to feed one hundred hungry families than to give the entire sum to one poor man who has to make a wedding for his daughter is suspect—because it is based on rationality. At times, when there is a super-rational argument to be made, the rational argument may be the product of the evil inclination objecting and denying the existence of a super-rational faculty of faith. This is the case when we are dealing with a tzaddik, a righteous individual, whose super-rational faculties—faith, pleasure, and will—are clarified and refined.

The super-rational faculties are found in what Kabbalah calls the sefirah of crown. In its innate state, the crown is referred to as tohu, meaning chaotic. If this chaos is not rectified and ordered, the messages it sends down into the conscious mind may not be entirely positive. For example, if someone would have given the ten thousand rubles to the poor man out of senseless abandon, like an overwhelming sense of recklessness, it would not have been the right thing to do. Sometimes abandon and recklessness can stem from a holy source, but they can also stem from the opposite state of mind, if for instance the person does not actually care about the rest of the poor people. Rebbe Nachum truly does care about the hundred hungry families. But if a person does not care, it reflects a type of negative emotional apathy, which stems from a distorted sense of nullification to God.

Chassidim are fond of the statement, “I am gornisht,” meaning “I am nothing.” But this sense of seemingly lofty self-deprecation can also be a sign of deep sickness. The person may be saying that he is nothing, but in truth, he is actually apathetic toward everything. This type of nullification is false modesty. It can motivate a person to recklessly give the entire sum of money to one poor person, as he is apathetic to the suffering of others. The super-conscious crown is chaotic and negative forces can emanate from it. But this is certainly not the case in our story.

We can learn from our story that we need to enclothe the crown’s chaotic energy (light) within rectified vessels. The lights of chaos say: “Rely on your first thought. God is giving you ten thousand rubles, the poor man needs this sum, give it all to him!” The rectified vessels, on the other hand, represent true caring about everyone.

This is an exemplary story of how a true tzaddik solves a dilemma.

God also has a basic conflict in this world: Will there be reality, or not?

Q: I have dealt with anger all my life and am concerned about what “sparks” (if that is the correct word) I am throwing here in my life.

Shemini: The Tabernacle and th...

After Aaron finished offering the