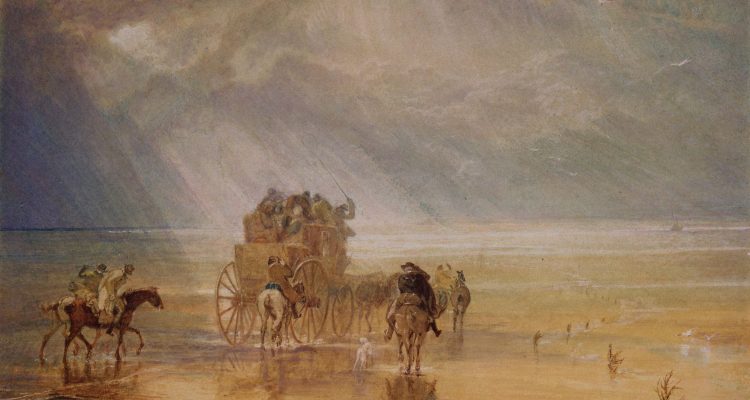 Rabbi Pinchas Shapira, who was known as Rebbe Pinchas of Koritz, was born in Shklov in 5486 (1726) to his father Rabbi Avraham Abba, grandson of the Kabbalist, Rabbi Natan Nata Shapira, author of the book Megaleh Amukot. As a son of a Lithuanian, non-Chassidic and scholarly family, Rebbe Pinchas studied and delved into the Talmud and Jewish law. From a young age he would write his deep Torah innovations in the revealed dimension of the Torah. When the family moved to the Chassidic town of Wohlin, his father, who was initially opposed to Chassidut, became familiar with the Ba’al Shem Tov and his teachings and became his student. Rebbe Pinchas followed in his father’s footsteps and became one of the Ba’al Shem Tov’s most important disciples.

Rebbe Pinchas first lived in Koritz and then in Ostraha, serving as a Rebbe in both towns. His famous disciples were Rebbe Baruch of Mezhibuzh (the grandson of the Ba’al Shem Tov, who grew up in his home), Rebbe Refael of Bershid and Rebbe Yaakov Shimshon of Shipitovkah.

All his life, Rebbe Pinchas desired to make aliyah to the Land of Israel. At the end of his days, he left Ostraha on his way to Israel. When he reached Shipitovkah, he fell ill and passed away, on the tenth of Elul 5551 (1791) and was buried there.

Rebbe Pinchas, who was standing out in the open, was drenched. His students ran out to bring their Rebbe into the dry Beit Midrash, where Rebbe Pinchas said to them: “You must be wondering why I chose to pray in the middle of the street and not in the Beit Midrash. I certainly could have done that, but if I had prayed in the Beit Midrash, the villagers would have thought that I prayed and that after some time, it began raining. They would not have seen that at the moment that I began to pray, God suddenly brought the rain.”

“Why is it so important for them to see this?” Rebbe Pinchas concluded.”So that they will understand that this is how Mashiach will come: ‘Suddenly the master whom you are seeking will enter his chamber.’”[2]

This story shows how Rebbe Pinchas focused all his efforts to hasten and bring about the coming of Mashiach. Even when praying for rain that the world needs in order to survive—and Rebbe Pinchas does want to give the world what it needs—he acts to infuse the world with Messianic consciousness. In order for people to be in awe of the suddenness of his action and learn that the redemption will come in the same manner, he was even willing to endure a major soaking. As the Lubavitcher Rebbe said, we have to “live with Mashiach.” This does not mean that we should abandon other necessary activities, but rather, that we should connect everything to the ultimate purpose of bringing Mashiach.

This story is very characteristic of Rebbe Pinchas, who was known for his attribute of truth, upon which he worked all his life and which he imparted to his disciples. Rebbe Pinchas showed the villagers the power of true prayer. When one prays from the point of truth, then “His word runs very swiftly.”[3]

Chassidut teaches that truth is on the middle axis of the sefirot. When we merit to connect with the middle axis, things happen without delay. As the Lubavitcher Rebbe would say, “truly promptly and immediately” (תכף ומיד ממש). The Rebbe said that if we would truly pray and beseech God, saying, “Until when???” with all our hearts, then at that moment, immediately, the Mashiach would come, as is  written, “God is close to all those who call Him, to all who call Him in truth.”[4] This is the point that Rebbe Pinchas wanted to teach. It is an important point, connected to the Lubavitcher Rebbe’s directive “to live with Mashiach” and to the action we must take to bring the Mashiach.

There is something very beautiful about the word “suddenly” (פתאם).  Suddenness or immediacy draws down directly from the sefirah of crown.  Something that happens suddenly is a surprise, which belongs to the soul’s super-conscious, the sefirah of Crown. The sefirot below Crown, the intellectual, emotive and behavioral sefirot are part of the conscious soul, where there are no surprises. It is only from the power of the super-conscious Crown that sudden surprises are generated.

The service of ‘suddenness’ is the service of teshuvah, repentance. When we have a thought of true repentance, we can change ourselves even ‘in one hour and in one moment,’ all the way from being a consummately evil person to being a consummately righteous person. This is the awakening from below that draws down the sudden revelation of  Mashiach from Above, as Maimonides (the man of truth) determined: “Ultimately, Israel, at the end of their exile will repent and they will immediately be redeemed.”[5]

Our heads have to be programmed so that whatever we do, we will bring the Mashiach ‘suddenly’, in one moment. In order to make this obvious to everyone, we have to be willing to stand out in the rain and get a good soaking.