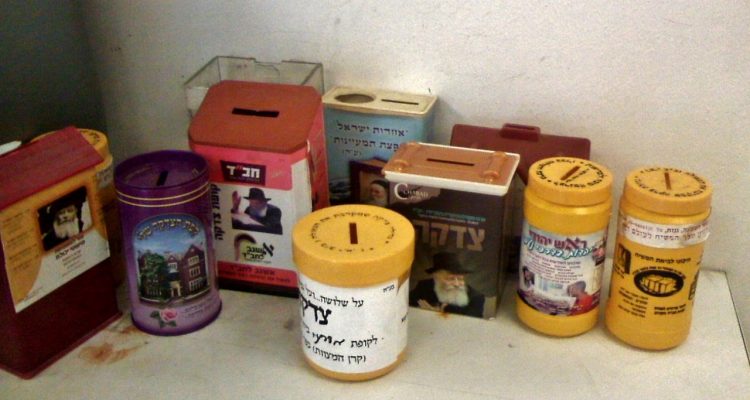 Rebbe Yechiel Michel of Zlotshov (Zolochiv), called “The Maggid of Zlotshov” was born in 5486 (1736) to his father, Rabbbi Yitzchak of Drohovitch (Drohobych). Rabbi Yitzchak was initially opposed to the Ba’al Shem Tov, but subsequently became one of his admirers and sent his son, Yechiel Michel, to learn from him. Rebbe Michel composed wondrous Chassidic melodies, the most famous of which is called “Awakening Great Compassion.” When the Ba’al Shem Tov passed away, he asked his disciples to sing this melody and then promised that any person – no matter where he may be – who would sing this melody with a great awakening for repentance – he, the Ba’al Shem Tov – would join him in his song and would awaken God’s great compassion upon him.

Rebbe Yechiel Michel was the first of the Chassidic tzaddikim who delayed the morning prayers, saying, “Just like the tribe of Dan, which would march at the rear of the camp of Israel and gather all the lost belongings, so I gather all the misplaced prayers that were uttered without proper intention and uplift them to their source.”

Most of his life, Rebbe Yechiel Michel lived in great poverty, becoming wealthy only at the end of his life. He then said that wealth broadens one’s consciousness to serve God. He was famous as a talented orator and was a maggid (a preacher) in the towns of Brody, Kalk, Zlotshov and Yampol. He was a maggid in Zlotshov until he passed away and was buried in Yampol on the 25th of Elul, 5546 (1786).

When Rebbe Yechiel Michel of Zlotshov married, his new father-in-law gave him an immense dowry – 1000 golden coins. Rebbe Michel originally thought that he would invest the money and earn his livelihood from the profits, while continuing with his intense Torah study and service of God. But he immediately had a second thought: If he would have assured income for all his life, what would be of his trust in God on a daily basis? Thus, on second thought, he decided that he would give half of his dowry to charity. That was a huge sum of money, similar to someone giving one million dollars to charity in our times.

Rebbe Michel wrote out an advertisement and publicized it throughout the city, stating that every poor person was invited to come and receive a generous donation. Word traveled quickly and all the poor people showed up on Rebbe Michel’s doorstep. Rebbe Michel joyously handed out large sums of money to all the people. Not one person was left out.

Now Rebbe Michel began thinking again. What about the second half? “What do I need it for?” he asked himself. “Surely I can live very well for my entire life with just half of this half. Where is my trust in God?”

Once again Rebbe Michel announced that he would be giving donations to all in need. Once again, all the poor people came and received hefty donations.

Rebbe Michel repeated this until the entire dowry was gone. All that he saved for himself was one cow. He had a small barn behind his house where he kept his cow. At least he and his family would be able to have some milk every morning from the cow.

But then Rebbe Michel contemplated some more. “Where is my trust in God?” he asked himself. Rebbe Michel called the ritual slaughterer to slaughter his cow. Then he distributed the meat to the poor. The next morning his wife went to milk the cow and was faced with an empty barn. “Where is the cow?” she asked. “She went up to heaven,” Rebbe Michel answered. “And what will we eat?” she persisted. “God will help us,” Rebbe Michel assured her and his righteous wife accepted his words.

Some time later, a poor bride came to Rebbe Michel, crying that she had absolutely no money for wedding expenses—not even for a wedding gown. Rebbe Michel approached his wife, who had only one nice dress and asked her to give it to the poor bride. His wife agreed. We see that in a marriage, all blessing comes from the wife. She could have become quite upset over how Rebbe Michel managed their funds but she was right behind him—despite the fact that it was her father who had given them this immense sum of money.

After his wife gave the poor bride her only dress, she sat down and sewed herself a dress from a burlap sack. We don’t know how long she had to wear the burlap dress until she was able to buy a new dress, but that is what she did. This is quite an amazing story about Rebbe Michel of Zlotshov’s wife.

More than this story is about Rebbe Michel’s attribute of trust in God, its inner dimension is about his love of Israel, giving everything that he owned to charity.

Charity During Elul and the High Holidays

In the Tanya, it is written that the directive of the sages that one’s own life takes precedence over someone else’s life is only in the situation discussed in the Talmud, where there is enough water for only one person to survive. In that particular case, one is instructed to keep his water for himself and not share it with another person. But if one encounters a poor person and his own life is not in danger, he is instructed to give generously. If the poor person does not have enough food to feed his family, while I have food in plenty, I am obligated to give him the food that was for my family, according to the poor family’s needs. This is how the Alter Rebbe of Chabad explained the obligation of charity.

In the Tanya (Epistle 17), the Alter Rebbe expounds on the verse in Psalms, “Your mitzvah is very broad.” He explains that this broad mitzvah is giving charity. God performs this mitzvah of giving charity on a constant basis. He gives us life and sustains us and the world at every moment. Likewise, when we give charity, we are treading the path of Abraham, who performed acts of charity throughout his life. When we give charity, we create an infinitely broad vessel for the revelation of God’s transcendent light in our lives. The Alter Rebbe explains that the principle from this charity remains intact for us for the future days to come.

In essence, the Alter Rebbe’s entire epistle is about charity. According to the order of the Tanya daily study portion determined by the Rebbe Rayatz, we learn about charity just before Rosh Hashanah. The high point of giving charity, according to the Arizal, is the eve of Sukkot. But during the entire time period from Elul, through to Rosh Hashanah, Yom Kippur and Hoshanah Rabbah, we must give generously and in abundance.