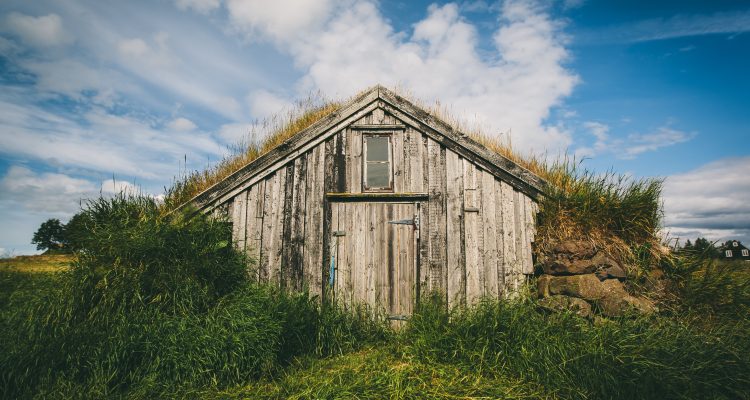 Rabbi Meshulam Zusil of Anapoli, better known as Rebbe Zusha, was born in the year 5478 (1718) to his father Rabbi Eliezer Lipa. He was a senior student of the Maggid of Mezritch and brother of the renowned Rebbe Elimelech of Lizhensk. As one of the most beloved Chassidic followers, many stories surround his birth and life. Rebbe Zusha is known to have been a Torah scholar and a genius in earnestness and sincerity. Many of the stories about him highlight his earnest nature. He passed away on 2 Shevat, 5560 (1800) and was laid to rest to the side of his teacher, the Maggid of Mezritch.

Once, a Torah scholar came to the Maggid of Mezritch and asked him to explain the meaning of the saying of the sages: “One is obligated to bless God for the bad just as one is obligated to bless God for the good.”[1] The Talmudic sage Rava explains this means that one should, “accept it with happiness.” The Torah scholar asked the Maggid how this can be. “Go to my disciple, Rebbe Zusha, and ask him,” replied the Maggid. The Torah scholar went to Rebbe Zusha and asked him. When Rebbe Zusha heard the question, he was quite amazed. “I don’t understand why the Maggid sent you to me. I have no insight regarding blessing God for the bad. I don’t even know what bad is….”

What did Rebbe Zusha teach the Torah scholar? If he had previously thought that it was difficult to bless God for the bad things in life, after Rebbe Zusha’s answer it must have seemed impossible. Rebbe Zusha’s simple sincerity is a living example of this concept. When he describes his experience, everyone understands.

The verse in Psalms says, regarding God “Evil cannot abide with you.”[2] The same can be said of Rebbe Zusha. Evil does not live in him and thus, he is not afraid of the bad. Rebbe Zusha’s full name is Meshulam Zusel. Meshulam means “complete” and Zusel means “sweet”. As such, his name means “consummate sweetness.” A person who perpetrates evil often blames those around him, society, or his life’s circumstances. Ultimately, consciously or not, he will even blame God for his suffering. A man of Zusha’s character – filled with goodness and sweetness – does not see evil in external reality. What is the source of such a positive and sweet character?

In his will, the Maggid of Mezritch instructed his son, Rabbi Avraham the Malach, to whom to turn to for advice once he, the Maggid had passed on, and his son had succeeded him. He wrote,

He should consult when needed with Rebbe Menachem Mendel of Vitebsk. He should cling to the attributes of Rabbi Yehudah-Leib of Anapoli. And, he should learn from the humility of Rebbe Zusha.

Rebbe Zusha is noted for more than his humility in the Maggid’s will. After mentioning Rebbe Zusha the first time, the Maggid continues to praise the wisdom of Rebbe Shneur Zalman of Liadi. But then, he returns to discuss Rebbe Zusha a second time and instructs his son:

Do not entreat my disciple, Rebbe Zusha, to be the shepherd of a holy flock [to be a Chassidic Rebbe] for this holy person has already ascended above this path.

According to the Maggid, Rebbe Zusha’s path in life was not to lead a congregation for he is “above the path” on which the Alter Rebbe, using his wisdom, treads. Rebbe Zusha is on the path of the sefirah of crown, which is above the intellectual faculties—wisdom, understanding, and knowledge.

The Maggid’s words give us a glimpse of Rebbe Zusha’s unique path—the path of the sefirah of crown—which is why he was unable to perceive evil in the first place. The outer dimension of crown represents the Creator’s strong will for creating and sustaining the world. The crown’s inner dimension represents the consummate pleasure that the Creator extracts from the world; actually, even more than that, there is the absolutely simple pleasure the Creator finds in the world’s very existence. Rebbe Zusha was in touch with this absolutely simple pleasure about which the Zohar says, “there is no left side in Atika—this highest aspect of the crown’s inner dimension—there is only a right side.” In the deep place of Atika, where Rebbe Zusha was entrenched, there was no sense of the left side of reality, which constitutes the powers of harsh judgment and contraction. With the left side of reality absent from his constitution, all Rebbe Zusha experienced were the supernal will and pleasure the Creator gets from reality. His experience was thus, “This is what God desires and if so, it cannot be bad.”

When we experience difficulty that is forced upon us externally, we generally comfort ourselves (or attempt to comfort ourselves) with the thought that this is the will of the Creator who certainly has only our ultimate good in mind. Rebbe Zusha, on the other hand, experiences his difficulties as part of the pleasure that God takes in the world. He understands that the entire world—all of its difficulties and problems included—was created by God for His pleasure. God’s pleasure is always good and Rebbe Zusha takes pleasure in that good at every moment of his life. Even Rebbe Zusha’s name, Meshulam Zussel (מְשׁוּלָם זוּסִיל) equals “pleasure” (תַּעֲנוּג).

Nonetheless, Rebbe Zusha is well aware of the impact of hardship. We can understand this from the special Mi Shebeirach prayer that he would say in his synagogue on Rosh Hashanah. Every year, after he would bless his chassidim, he would bless himself that he should have the merit to receive all the hardships that were supposed to befall all of the Jewish people. When the aghast congregation remained silent,” Rebbe Zusha would insist that they answer “Amen” on his blessing. He knew that not everyone could feel the suffering of the Jewish people as he could. He wanted all the pain and sorrow to actualize in the place and in the person who could also feel their Divine pleasure.

In the same vein, the Rebbe Rayatz related that once, the disciples of the Maggid—all of them tzaddikim endowed with ru’ach hakodesh—sat together and saw that an extremely difficult period was about to befall the Jewish people. They saw that this time period would demand of all the Jews, young and old alike, great self-sacrifice and that it would be a time of intense suffering. Rebbe Zusha sat on the side, listening. Finally, he said (referring to himself in the third person, as was his custom), “Zusha says: ‘Zusha does not want to have to act with self-sacrifice for Torah and mitzvot. Zusha wants to fulfill the Torah and mitzvot with a raised chin.’” That was the end of the gathering.

The Rebbe Rayatz said that the power of the words of Rebbe Zusha postponed that difficult time period for many years and that even when it did eventually come, it was much less intense. It is very likely that the Rebbe Rayatz was referring to his own time period, the Holocaust and Communist rule in Russia. It is frightening to think what could have been worse than that…

As in many stories about him, we also see Rebbe Zusha’s propensity for speaking in the name of other Jews and even all the Jews, in this story as well. For this reason, Rebbe Zusha is not interested in self-sacrifice even though he, himself, is not afraid of hardship. He does not approve of the experience of difficulty, the worry, nor the doubt that befall most people. While the other disciples of the Maggid view the necessity of bearing these difficulties as part of mankind’s role, Rebbe Zusha sees the very experience of things that are bad or evil as a distortion. We can hazard to suggest that the feelings of fear and apprehension that filled the gathering of his friends and colleagues were even worse in Zusha’s eyes than the dark clouds that they saw gathering on the horizon. For Rebbe Zusha, Torah and mitzvot are pure pleasure and nothing else.