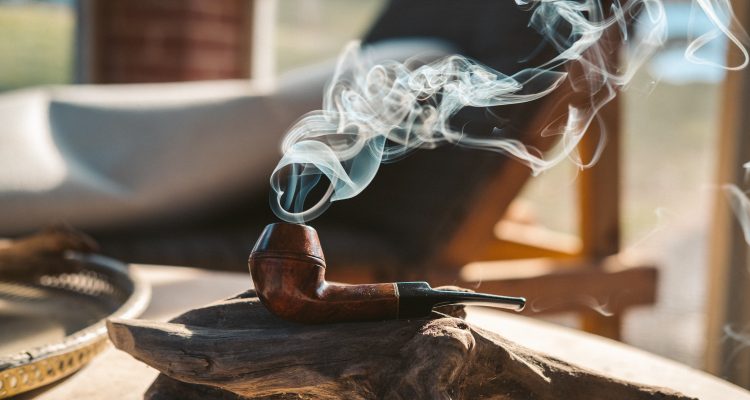 Rabbi Meshulam Zosil of Anapoli, better known as Rebbe Zusha, was a senior student of the Maggid of Mezritch. Brother of the renowned Rebbe Elimelech of Lizhensk, Rebbe Zusha is known to have been a Torah scholar and a genius in the traits of earnestness and sincerity. Many of the stories about him highlight his earnest nature. He passed away on 2 Shevat, 5560 (1800) and was laid to rest right next to his master, the Maggid of Mezritch in Anapoli.

Once the Rav the Maggid of Mezritch turned to Rebbe Zusha and said, “Zusha, why don’t you do some traveling? The world is big, there is a lot to see.” Rebbe Zusha listened to his Rebbe’s words, took a few belongings, and set out on his journey.

He reached an outlying village, not far from Prague, and entered an inn. Next to the stove, a Torah scholar was sitting, engrossed in his Torah study. It was Rabbi Refael Hakohen Katz from Hamburg, author of the work Torat Yekutiel, one of the greatest disciples of the Vilna Gaon. Rabbi Katz had been invited to become the Chief Rabbi of Prague, an eminently honored position, succeeding the famous Maharal of Prague and other illustrious rabbis after him, who had served the Prague community.

It was customary in Prague that before a new Chief Rabbi would be accepted – with great honor – the candidate would have to come to the nearby town for a test. The Torah scholars of Prague would present him there with an extremely difficult passage in the Talmud, and after the time allotted to him, they would return to hear the candidate’s explanation and answers. If his explanations would satisfy them, he would be crowned Chief Rabbi of Prague. Rabbi Refael Katz, who had requested three days to delve into the passage, was now plumbing its depths.

Rebbe Zusha walked back and forth in the room where Rabbi Refael was studying. His wooden shoes were thumping on the floor and his pipe was exuding smoke. This was disturbing Rabbi Refael. Finally, he turned to Rebbe Zusha and said, “Please be considerate of me. I am trying to learn, and you are disrupting me.”

Rebbe Zusha continued on unperturbed, muttering within earshot of Rabbi Refael, “You won’t understand, anyway.” Exasperated, Rabbi Refael finally turned to him, “And you do understand?”

“Certainly,” Rebbe Zusha answered. He asked Rabbi Refael to show him the difficult passage and began to explain. First, he read the simple meaning of the words out loud. Rabbi Refael listened to his explanation, with sweetness and intellectual finesse that he had never heard. Even before he heard Rebbe Zusha’s answers to all his questions, he was completely astounded. When Rebbe Zusha saw that Rabbi Refael was interested, he stopped and said to him, “You see that I know how to study. I am willing to explain this passage to you, but on one condition: take a stringent oath that if as a result of your correct explanation you receive the appointment as the Chief Rabbi of Prague, that you come visit my rebbe, the Maggid of Mezritch. Come to get to know the person who you and your Rabbi oppose so strongly and have blacklisted.”

But just like the royal butler in the story of Joseph, Rabbi Refael forgot all about his agreement with Rebbe Zusha. A year passed and Rebbe Zusha made a special trip to Prague to remind Rabbi Refael that he owed the Maggid of Mezritch a visit. Rabbi Refael hesitated and said that he must consult with his Rabbi, the Vilna Gaon, and ask him if he is obligated to fulfill the agreement. The Vilna Gaon – despite his negative approach to the chassidim – determined that Rabbi Refael must fulfill his part of the agreement.

Rabbi Refael indeed traveled to Mezritch, stayed there a short time and was amazed at the lofty holiness of the Maggid of Mezritch. He was impressed by the serious Torah learning, but even more amazed by the sanctity that he felt there.

When Rabbi Refael returned to the Vilna Gaon, he related what he had seen in Mezritch with great awe, and even urged the Gaon to journey to Mezritch to see the Rebbe that he had blacklisted and invalidated.

The Vilna Gaon answered with a story: “Years ago, I sat in the study hall, learning Torah. A young man sat down next to me and was studying the same passages that I was studying. Before I could even say my novel explanations on those passages, he said them. I thought that such a wondrous thing could not be happening from the side of holiness and that surely it was coming from the side of impurity. I fled from there. The same is true of Mezritch. I think that perhaps everything that you feel is from the side of impurity – the work of Satan.”

Despite the utmost respect that Rabbi Refael had for his rabbi, he answered him, “The Sages said that Satan is the evil inclination. Although you are apprehensive of journeying to Mezritch because of the impure side, perhaps your concern stems from your own evil inclination?”

The Vilna Gaon did not have an answer. For who knows the tricks of the evil inclination and where it chooses to lay its ambush? The question was so pervasive that the Vilna Gaon even considered journeying to Mezritch, but his family members prevented him from doing so. It is told that from that time on, Rabbi Refael did not return to Mezritch, out of respect for the Vilna Gaon. But he also never returned to Vilna.

Torah from the Source

Rebbe Zusha was not famous for his Torah-learning prowess. He actually worked on cultivating this image – so much so, that the disciples of the Maggid of Mezritch said that it is amazing that the world has forgotten that Rebbe Zusha was the chief Rabbi of a city for fifteen years. Rebbe Zusha explained difficult passages and questions that illustrious Torah scholars like the Alter Rebbe himself and Rebbe Pinchas of Koretz could not explain, with simple brilliance. So much so, that the Alter Rebbe of Chabad called Rebbe Zusha the “Prince of Torah.” In addition, the fact that the Maggid of Mezritch sent Rebbe Zusha to attempt to creatively bring the Vilna Gaon to him, testifies to his unique power of Torah.

On a side note, it is easier to understand the mission of the two illustrious Torah scholars, Rabbi Menachem Mendel of Vitebsk and the Alter Rebbe, who also attempted to reach the Vilna Gaon and to prove to him that he was being lied to about the chassidim and Chassidut. In order to not to meet them, the Vilna Gaon fled through a window. Later, the Alter Rebbe expressed regret that they did not break down the door and insist on bringing the Gaon to the Maggid.

“You are so wrapped up in your deep study of the Torah that you forgot to cleave to the Giver of the Torah. The Alter Rebbe and Rebbe Elimelech accepted his rebuke but still asked, “And what will be the future of this Talmudic passage?” Rebbe Zusha scrutinized the passage and then explained it to them.

Rebbe Zusha did not rely upon his own intellect. Instead, he had a direct connection with the Giver of the Torah (and its scholars – so much so that if Rebbe Zusha would not understand the writings of a particular sage, he would burst into tears until the author would appear before him and explain what he wrote). Rebbe Zusha was like a living embodiment of the words (Job 28:12), “And wisdom emerges from nothingness” (וְהַחָכְמָה מֵאַיִן תִּמָּצֵא). Rebbe Zusha’s wisdom in Torah emerged from its root in the “head of nothingness” (רֵישָׁא דְּאַיִן) associated in Chassidut with pleasure (תַּעֲנוּג). Amazingly, the numerical value of “pleasure” (תַּעֲנוּג) equals Rebbe Zusha’s full name, Meshulam Zosil (מְשׁוּלָם זוֹסִיל), as it appears in his signature on an approbation of the Tanya! The name by which he is known, Zusha, is actually a nickname based on Zosil. Zusha means “sweet” and for a person for whom everything is good and sweet, and “there is no good other than Torah,” everything is a new Torah. It is from there that Rebbe Zusha extracted the truth and even the “truth of the truth” of the Torah.

Photo by Joshua Bartell on Unsplash