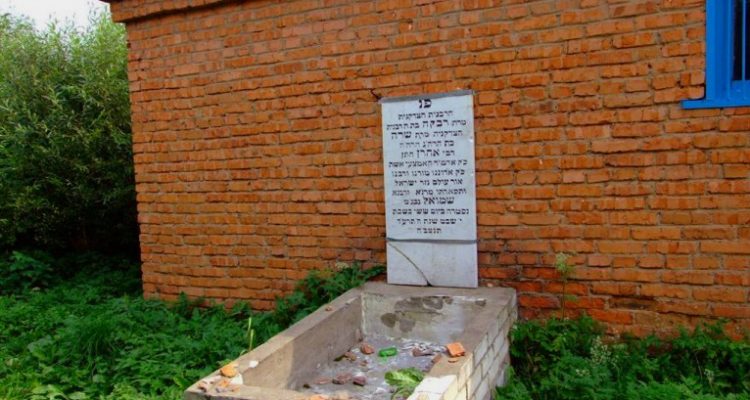 Rebbetzin Rivkah Schneerson was born in 5593 or 5595 (1833 or 1835) to her father, Rabbi Aharon Alexandrov of Shklov, and her mother, Rebbetzin Chayah Sarah Alexandrov (later, Zeslevski), the daughter of the Mittler Rebbe. On 24 Iyar 5597 (1837) her father, Rabbi Aharon Alexandrov, passed away. In 5603 (1843) her mother married Rabbi Aharon Zeslevski, the son of Rebbetzin Frieda, who raised her and her sister for the next three years. In 5605 (1845) her mother became very ill and after a lengthy illness, passed away on 10 Adar 5606 (1846). Four years later, on 11 Nissan 5610 (1850), Rebbetzin Rivkah wed the fourth Lubavitcher Rebbe, the Rebbe Maharash. As a Rebbetzin, she was a very significant figure in Chassidut and took responsibility for the running of many matters in the chassidic courts of her father in-law (the Tzemach Tzedek), her husband, and her son (the Rebbe Rashab). From the time she was a small child, she collected various stories, most of them on the Rebbes of the Lubavitch. She related these stories to her grandson, the Rebbe Rayatz, and they became an important part of his teachings and books. On 9 Shvat 5674 (1914) toward the evening, Rebbetzin Rivkah began relating many stories about her father-in-law, the Tzemach Tzedek, and her husband, the Rebbe Maharash. On the morning of 10 Shvat, she asked the Rebbe Rayatz to bring her siddur (prayer book), and said the Shema Yisrael and the Silent Prayer. She then placed her hands on the Rebbe Rayatz’s head and said in Yiddish, “Yashar koach far de tircha” (Bless you for your trouble). The Rebbe went to put her siddur away and when he returned, he saw that she had passed away. The Rebbe Rayatz wrote his famous dissertation “Bosi Legani” in honor of her first yahrtzeit (day of passing) the tenth of Shvat, which later was also the day of his passing. The Lubavitcher Rebbe later gave a series of discourses on the tenth of Shvat on the basis of the Rayatz’s original Basi Legani.

Approximately a year before the birth of her son, who would eventually be the fifth Lubavitcher Rebbe, the Rebbe Rashab, on 10 Kislev 5620 (1860) Rebbetzin Rivkah had a dream. In the dream, she saw her mother, Rebbetzin Chayah Sarah, and her grandfather, the Mittler Rebbe. Her mother said to her with a joyous face, “Rivkah, you and your husband should write a Torah scroll.” The Mittler Rebbe added, “And you will have a good son, and call him after me, don’t forget.” “Rivkah, do you hear what my father is saying to you?” her mother added. That is how the dream ended.

Nine days later, on the night of 19 Kislev, Rebbetzin Rivkah had the same dream. This time, in addition to her mother and grandfather, an old man also came. “Rivkah, you and your husband should write a Torah scroll,” her mother said to her. “And you will have a good son,” said her grandfather. “Amen, so says God,” said the old man. “Grandfather, bless her,” said her mother, and the old man blessed her. “Amen” answered Rebbetzin Chayah Sarah and the Mittler Rebbe, and Rebbetzin Rivkah awoke.

(Usually, when performing a major mitzvah, it is fitting to publicize it as if publicizing a miracle. Every mitzvah is a ‘miracle’ – the revelation of Divine light that is above nature – and a miracle should be publicized. There are, however, unique merits that come from a lofty place that require great caution when bringing them down into reality in a rectified manner. This is what the Tzemach Tzedek understood about this particular mitzvah).

The Torah scroll was written and less than a year later, a son was born to the Rabbi and Rebbetzin. The baby was named Shalom Dovber after his two grandfathers, Rabbi Shalom Shachna and the Mittler Rebbe.

This wondrous dream highlights the special connection between the Rebbe Rashab and his holy ancestors. The directive to write a Torah scroll symbolizes the great Torah of the child, who will later be called “the Maimonides of Chassidut.” The key of Chassidut, which was passed from the Ba’al Shem Tov to the Maggid of Mezritch and from him, to the Alter Rebbe of Chabad, was now given to the Rebbe Rashab.

Why did his mother get this message, and not his father, the Rebbe?

In every Jew, particularly in a Rebbe, a messianic spark that is waiting for redemption is concealed. The birth of a new Rebbe – even more than it is the birth of Torah and leadership – is the birth of the Mashiach. In Egypt, the Nation of Israel was redeemed thanks to the self-sacrifice of the women, who were willing to marry and bear children even in the midst of the horrors of slavery. The same is true of the following generations. The women chart out the path for everyone, to give birth – both spiritually and physically – to the final redeemer.

The redemption from Egypt was likened to a birth. The entire month of Nissan, in which the Rebbe Rashab passed away, is the month of birth. Death seems like the opposite of birth, but the Rebbe Rashab wrote prior to his death: “I am ascending to heaven, but I am leaving my writings to you.” Every time that we learn from one of his writings, he is born again. We are waiting for the birth of the Torah of Mashiach. Like all births-redemptions, this will also take place in the merit of the righteous women.

It is told that once, when the Lubavitcher Rebbe seemed to be in a serious state, one of his chassidim attempted to make him happy by telling a famous Jewish joke: A preacher came to a village and told the simple farmers that the Mashiach would soon be coming. He went into such detail and spoke with so much enthusiasm that one farmer ran home and told his wife to begin packing, for Mashiach is coming by tomorrow at the latest and we will all be moving to the Land of Israel!

The farmer’s wife listened but was less enthusiastic. “We just now finished planting this season’s potatoes,” she said, “and now you want me to move??? To a different country?” It is better to ask Mashiach to send the non-Jews to the Land of Israel, and we will remain here, without the non-Jews and with potatoes…”

The chassid told one of the versions of this story to the Rebbe, thinking that it would make him feel happy. But when the Rebbe began hearing the story, he became even more serious and gave the sign to stop the story immediately. The chassid stopped, of course, and the Rebbe continued on his way to the farbrengen. At that farbrengen, the Rebbe devoted a lengthy discourse on the virtue of righteous women, specifically in whose merit the redemption will come.

As opposed to the message from the joke, which turns women into more feeble-brained than men, the Rebbe emphasized their innocent, resolute faith. The inner sense of the month of redemption and birth, the feminine month, is the sense of faith. Resolute faith such as this is the true state of expanded consciousness. If a man needs a slight push or encouragement – it is his wife who will motivate him to get out to greet the Mashiach.