The Arizal: Dance of the Tzaddikim

The holy Rabbi Yitzchak Luria (the Arizal) was born in Jerusalem in 5294 (1534). When he was a young boy, his father passed away and he moved with his mother to the home of his uncle in Egypt. In Egypt, he learned Torah from Rabbi Betzalel Ashkenazi, author of the Shitah Mekubetzet, and from the Radbaz (Rabbi David ben Zimra). While in Egypt, he delved deeply into the holy Zohar. Elijah the Prophet was revealed to him and he discovered a new, deep method in Kabbalah. As per the instructions of Elijah the Prophet, the Arizal made aliyah to Tzfat and taught his method of Kabbalah to Rabbi Chaim Vital, who wrote his teachings in book form. The Arizal’s most famous book, which includes the main points of his method, is “Eitz Chaim.” The Arizal passed away on the 5th day of Av, 5272 at the young age of 38 and is buried in Tzfat. The Arizal’s method and teachings of Kabbalah have been accepted by all branches of the Jewish people until this very day.

The Chief Rabbi of Tzfat, where the holy Ari resided during the final two years of his life was the Beit Yosef, Rabbi Yosef Karo. In addition to his great scholarship in the revealed parts of the Torah, he was also a great scholar in the Kabbalah that preceded the teachings of the Ari, and he was a close friend of his. Their unique friendship was reflected in the Beit Yosef’s introduction to his reply to a question that the Ari asked him regarding monetary laws. The Beit Yosef’s entire reply to the Ari was printed in the book Avkat Rochel:

“A question asked by our teacher, Rabbi Yitzchak Ashkenazi, the Godly scholar of Kabbalah…Since your words are sweet upon me, I say that I will specify my reasoning in my reply to your words.”

The Ari and the Beit Yosef also had their disagreements. The Ari determined the law according to the Kabbalah, and the Beit Yosef did not agree with this if he understood that it was not in line with the decision of the revealed tradition (from the Talmud and on). One of the areas in which the Beit Yosef was lenient and the Ari was more stringent according to Kabbalah, was regarding nikur. In the hindquarters of the animal is the thigh tendon, which is strictly prohibited according to Jewish law. It is possible, however, to remove the tendon, which is called nikur. If the tendon is completely removed, the meat itself will be permissible. The responsibility of the person performing the nikur is great—greater even than the ritual slaughterer—because it is very difficult to completely remove the tendon.

The Beit Yosef determined the law according to the revealed sources of Jewish law, that if there is an expert at nikur who performs the procedure according to the guidelines of Jewish law, it is permissible to eat the meat of that animal. The Arizal was of the opinion—and this was what he instructed his followers (even though he did not formally render a decision that opposed the decision of the Beit Yosef) that one should simply not eat the hindquarters of the animal and should not rely on even the most stringent expert in nikur.

Once the Ari was invited to a feast in honor of a mitzvah at the home of the Beit Yosef. “I know that you do not rely on nikur,” the Beit Yosef said to him. “But I myself did the nikur and I promise you that there is nothing to fear. I removed all the tendons from the animal.” The Arizal asked for a bit of meat from the hindquarters, placed his hand on it and removed a tendon from the meat…

What effect did this have on the Beit Yosef? Did he shamefacedly apologize for his error? In heaven, they do not renege if something happens that is not according to the laws of nature.

A similar story is told in Chabad about the Rebbe Rashab, the fifth Lubavitcher Rebbe.

Every year, the Rebbe Rashab would add a new stringency in honor of the Pesach holiday. One year, the Rebbe decided to completely abstain from the use of sugar during the holiday, out of concern that a bit of chametz (leavening) may be concealed in the sugar cubes.

One of his great chasidim, a God-fearing Jew, was a sugar producer. When he heard of the Rebbe’s new concern about the sugar, he hurried over and brought him his own sugar, testifying that he personally supervised the entire production process to prevent any leavening from entering the product. The Rebbe requested one sugar cube, broke it in half in his hand, and a grain of wheat fell onto the table…

We do not know how the chasid reacted, but apparently, he hung his head in shame and left. Conversely, the Beit Yosef was assertive enough to say that what the Arizal had shown him was a miracle. Even though the Beit Yosef did not admit that there was a tendon in the meat, the entire incident did clarify the concern about the tendon, and in many communities, the ruling is not to eat the meat of the hindquarters at all.

This type of above-nature triumph in a debate over Jewish law is an interesting postscript to the famous Talmudic story about Rabbi Eliezer and the sages.

In the story, Rabbi Eliezer receives heavenly help to prove his opinion, but his dissenters determined that the Torah is not in Heaven and it should not be determined by means of supernatural miracles. That debate ended with a Divine announcement: “My children have triumphed over Me.” The lower realm triumphed over the upper realm, which since then had been waiting for the holy Ari.

Once in the holy Ari’s study hall, the holy Alshich and the Beit Yosef danced together in honor of a celebration that was being held there. Additional famous tzaddikim were there, including one great tzaddik who was still disguised as a simple Jew. His name was Rabbi Elazar Azikri, author of the Sefer Haredim. He was the beadle of the synagogue, and nobody recognized his greatness.

At first glance, this seems like another story about the wonders of the Ari. Hidden tzaddikim, lofty revelations, dancing, and the Ari conducting the entire symphony of events with his piercing vision. But if we look at this story from an inner, chasidic perspective, it is more about love for one’s fellow. There are many stories about the Ba’al Shem Tov and his connection with hidden tzaddikim as well as simple folk. The Ari was also appreciative of the light in people who seemed to be quite simple. On a deeper level, this appreciation is a revelation of love for all the simple folk, and not just for those who are tzaddikim. Every simple Jew is also a hidden tzaddik. So hidden, that he himself is not even aware of it.

The predisposition for the concealed in every Jew flows from the hidden Torah that the Arizal taught. The Ari’s ability to identify it comes from his love of his fellow Jews. Another factor is his humility, the feeling that there is a common denominator between the greatest of tzaddikim and the smallest of disciples.

This is another realm in which the Ari is a root and foundation for the Torah of the Ba’al Shem Tov, a taste of the Torah of Mashiach. There is a saying in the HaYom Yom calendar that the Mashiach will devote his time to teaching Torah to the simplest of Jews, not necessarily to those who will later turn out to be great scholars or wondrous tzaddikim. He will teach Jews who have no discernable greatness about them. This is the humility of the Mashiach—humility born of love. 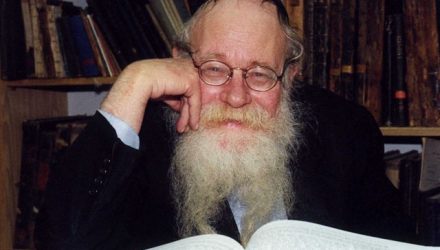