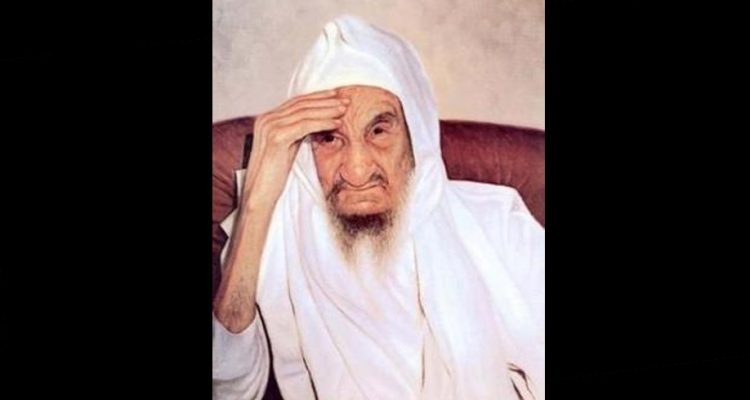 The Baba Sali: Miracles and Mandates

Rabbi Yisrael Abuhatzera, known as the Baba Sali, was born in Morocco in 5650 (1889) to his father Rabbi Masoud, the son of Rabbi Yaakov Abuhatzera, author of the Abir Yaakov. Even as a youth, he distanced himself completely from mundane pleasures. He abstained from meat and would often fast. The Baba Sali married at the age of 13 and had several children, the most famous of whom is the Baba Meir. After the death of his first wife, he remarried, and more children were born to him. After the death of his second wife, the Baba Sali married Rebbetzin Simi, may she enjoy many more years in good health. At the age of 18, the Baba Sali succeeded his father after his passing as head of the yeshivah. In 5682 (1922) he made aliyah to the Land of Israel but returned to Morocco for a number of years. Later, he once again made aliyah to Israel and returned again to Morocco. In 5724 (1964) the Baba Sali settled in Israel, where he remained until his passing on the 4th of Shevat, 5744 (1984).

One day, a young man in a wheelchair came to the Baba Sali. He related how he had been severely injured in the Yom Kippur War and how, after a series of operations, he remained in a wheelchair. One of his legs did not function at all and had begun to deteriorate. The doctors recommended amputation. In an act of desperation, the young man, who was not at all observant, had decided to journey to the Baba Sali’s home in Netivot to see if there was any truth to the stories that he had heard about the miracles that he effected.

The Baba Sali heard the young man’s story, turned to him and asked, “Do you pray with tefillin every day?”

“No,” the young man answered.

“Do you keep Shabbat?”

“If so,” the Baba Sali said with wonderment, “you should be grateful that one of your legs is healthy! After all, we receive our energy from God and if we do not do His will, He can take everything that He has given us. As you are not observant, all the good that you do have is a free gift.”

When the young man heard this, he burst into tears, moving all those present. Silence fell on the room. The Baba Sali looked straight into the eyes of the young man and asked:

“If I bless you with a complete recovery and you will be able to stand independently on your two feet, will you be willing to become observant?

“If so,” the Baba Sali replied, “give me your hand, and I bless you with a complete recovery so that you may serve God.”

The young man kissed the Baba Sali’s hand, as is traditional. The people in the room told him to try to stand up on his feet. To his surprise, he managed to stand fully upright and to even take a few steps, unassisted. Astonished by the immediate change in his situation, he tried to walk faster and quickly found himself facing the door to the Baba Sali’s apartment. In a moment, he was outside running, asking passersby, “Is there a public phone nearby?”

The closest public phone was at Yeshivat Hanegev, about 200 meters from the Baba Sali’s home. The young man ran into the yeshivah, dialed his family, and breathlessly described what had transpired. The yeshivah students listened in amazement, finding it hard to believe their ears. After the young man repeated the story several times, the yeshivah boys broke into an enthusiastic dance together with the young man, thanking God for His great salvation. Later, many crowded into the Baba Sali’s small apartment for an impromptu thanksgiving feast in honor of the miracle.

The elated young man kept his promise to the Baba Sali and became an observant Jew.

This story reflects the Baba Sali’s great love for his fellow Jews, his power to bless others, as well as his intense desire to see his fellow Jews observing the mitzvoth.

The Baba Sali came to the Land of Israel three times before permanently settling here. The first time, he stayed for about a year, but when he saw that the spiritual situation was on the brink of collapse, he returned to Morocco. The second time he came to Israel, he ended up returning to Morocco for the same reason. The third time, as well, the Baba Sali was shocked by the dismal level of Jewish education in Israel and considered leaving once again.

The second time that the Baba Sali and his family made aliyah to Israel, he shared his deliberations about whether to stay or to return to Morocco with the Lubavitcher Rebbe. He related that from the time that he was fifteen years old, he had not opened a book that was not in keeping with the path of the Ba’al Shem Tov. The Baba Sali viewed the Lubavitcher Rebbe as the Ba’al Shem Tov’s successor in his generation and asked him for his opinion.

The Rebbe wrote a long and wondrous answer to the Baba Sali, replete with great praise and deep thoughts on Kabbalah. In his letter, the Rebbe called the Baba Sali “a public figure and leader in Israel” and wrote that he is like a king who should not leave his nation, which is in the Land of Israel. The Rebbe defined the Baba Sali’s special power and role with the words: “Now is the time to capture, with a strong hand, the entire young generation.” This expression exemplifies the messianic power that the Rebbe attributed to the Baba Sali, for one of the tasks of the Mashiach is to “enjoin all of Israel to follow in its ways (the ways of Torah) and encourage them to repair its breaches.”[1]

In its special context, the expression “to capture with a strong hand” opens a window to an interesting fact. In the modern world, the concept of religious coercion is negative. It is diametrically opposed to the religious freedom preached by the Western world. By contrast, the Baba Sali’s audience possessed no fear of religious coercion and they had no compulsions about employing fear of punishment as an educational tool. They understood that coercion can help tame individual disorders caused by society or by one’s evil inclination (and thus, we too beseech God daily to “coerce our inclination to submit to You”).

According to Chassidut, coercion must also ultimately be joyous. There are three landmarks on the path to that joy, as taught by the Ba’al Shem Tov: submission, separation, and sweetening.

In Jewish law, there are two possible forms of coercion. These two forms parallel the stages of submission and separation. They are coercion by physical force and coercion by various levels of verbal persuasion: command, rebuke, or request.

Physical coercion is based on submission, employing the assumption that a person’s true will is good and that the evil inclination that has overpowered him must be subdued by force.[2] Coercion by verbal persuasion effects separation and intellectual differentiation between good and evil. The third form of coercion is according to the Chassidic explanation of the sages' statement that in order to convince the Jews to accept the Torah, God “held the mountain over their heads as if it were a casket.” God manifested so much love for the Jewish people at Mt. Sinai that they felt overwhelmed and compelled to devotedly reflect that love back to Him and agree to His every condition. This type of coercion is total sweetening.

In our story, the Baba Sali employs all three methods. He coerces the young man into promising that he will improve his Torah observance, he strongly reprimands him and awakens his heart and finally, the sweetening: he gives him his hand and pulls him up to his feet. In the merit of the sweet tzaddikim that have the power to sweeten those around them, who conquer hearts as they tread the path of the Ba’al Shem Tov, may we soon witness the fulfillment of the destiny of creation, “fill the world and conquer it,” with the immediate coming of Mashiach.