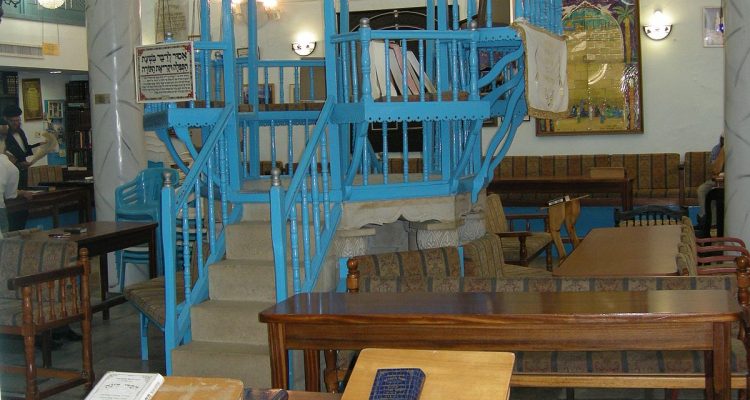 The Holy Ari: Speaking to Souls

In his book, Shivchei Ha’Ari, the Arizal’s distinguished student, Rabbi Chaim Vital, relates that the Ari knew all the wisdom in the world. The Zohar tells us that in the year 600 of the sixth millennium (the year 5600, approximately 170 years ago) the lower depths of wisdom (science) will be revealed in preparation for the final redemption, and the storehouses of the wisdom of the Torah will be opened from above. The Arizal knew not only all the wisdom of the physical world, but also what is called ‘spiritual knowledge’ – the language of the birds, the palm trees and more.

The Arizal knew how to communicate with everything that exists. Rabbi Chaim Vital related that he saw with his own eyes that the Arizal even communicated with inanimate objects, such as stones. When he would see the flame of a candle, he could communicate with it, as well, for a flame has its own story to tell. This is a special intention for a woman to have when she lights Shabbat candles – to listen to what the flame is telling her. This is also true of the Chanukah candles. On Chanukah, we light 36 candles, parallel to the 36 tzaddikim of the generation. For those who have that special sense, each candle tells the story of one of those tzaddikim. The candles speak.

Rabbi Chaim Vital also related that when someone would come to the holy Ari for a soul-rectification, the Ari, who knew “the wisdom of the face”, particularly the wisdom of the forehead, would look at the person’s forehead and would see – written in letters – everything that had happened to that person. He would see all the positive deeds that he had performed, all the negative things he had done and would then tell him how to rectify his soul.

Further in his book, Rabbi Chaim Vital writes that the holy Ari knew even more than the above. Sometimes, there are very subtle things that are impossible to see or read on a person’s forehead. The Arizal would simply speak with the soul of the person who came to him. He would tell him that although you cannot hear me, I am now speaking with your soul and I hear everything. Your soul is telling me everything. Everything that happened to it in this life and in previous incarnations. Rabbi Vital wrote that the Arizal’s ability to give people the answers they sought was mainly through his conversations with their souls.

This may seem irrelevant to us, something that is above and beyond our own abilities. But it is specifically from this point that we can attempt to learn from the holy Ari. How can we speak to someone’s soul?

First, we must be filled with love for the person. This creates a channel through which to enter his soul. This is similar to what is written about Moses, who was “a lover of Israel,” and who was able to discern the unique melody of each and every person. Rabbi Chaim Vital writes about the holy Ari – and apparently that is what he understood from the Ari himself – that he was the Moses of his generation. With his love of Israel he heard the unique melody of each soul and was able to speak with them.

Of all the secrets that the Arizal revealed, the most important secret is called “the secret of contraction.” When God was about to create the world, there was simple, infinite light. Everything was light. God contracted that light in order to make room for the worlds to exist. This is the “secret of contraction” – contraction of the light so that there will be room for something else.

In the soul, the secret of contraction means that in order to make room for someone else in my world, I have to set my own consciousness of myself aside. If I can remove myself from the picture, I can give the other person space and begin to communicate with his soul.

This is also the secret of the Arizal’s unparalleled efforts at Torah learning, in the merit of which he attained his lofty heights. Countless Torah giants expended tremendous effort in their Torah learning. What made the Arizal unique was his effort to completely remove himself from the picture, to completely contract his self-consciousness, in order to make room for the revelation of the soul of the Torah, to speak with it and to learn from it. This is also how Moses merited that the “Shechinah would speak from his throat,” by completely nullifying himself, as he says about himself and Aaron, “And we are naught.” We can also connect this to another point of praise for the Arizal, whose day of passing always comes out on the week of the Torah portion of Devarim: “And these are the words that Moses spoke to all of Israel.” The book of Deuteronomy is the book of the Torah in which the “Shechinah speaks from his (Moses’) throat.”

From the secret of contraction we can learn that if we love someone and contract ourselves – not thinking about ourselves and our agendas, as if we are not here – then suddenly, we can see the soul of the other and we can speak with it directly. This is the unique wisdom of the Arizal – to speak with souls, and it is deeply connected to the main, deep secret that he revealed, the secret of contraction. When I contract myself in order to make room for someone else, all of my attention is focused on him, with love. When all of my attention is focused on him, his soul manifests and I can communicate with it.

This communication with the soul of someone else is the delights for which God created the world. The ultimate purpose of creation is to “make a dwelling place for God in the lower worlds. God is certainly here, sees our souls and communicates with each and every one of us. We must walk in His ways and learn how to be here without feeling ourselves here, so that our feelings of self-importance will not be figuratively seen, because they no longer exist. This is the secret of contraction, the secret of being, "able to see and not be seen" (רואה ואינו נראה), the secret of "Israel" (ישראל); both have the same numerical value of 541.) When this is the case, we see only the other and can speak to his soul.

This point brings us from the Arizal to the Ba’al Shem Tov and further, to the Alter Rebbe. It teaches us that from the vast, eternal spiritual knowledge of the Arizal, we reach the foundation of the teachings of the Ba’al Shem Tov: Love of Israel and seeing God’s Divine Providence in our lives. From this point, we can delve even deeper to understand that in essence, everything is God. When we look at the world from this perspective, of Higher Knowledge, we can perceive that everything is good. This is the ultimate point of the teachings of the Alter Rebbe, for which he sacrificed his life, so that even lowly souls would have some hint of understanding of this Higher Knowledge.

May we all merit to walk in the Arizal’s path and learn from him. “And your nation are all tzaddikim” All of us can learn from the tzaddikim. Even speaking with souls is relevant to every person, when we follow in the footsteps of the tzaddikim and adopt the Arizal’s secret of contraction.