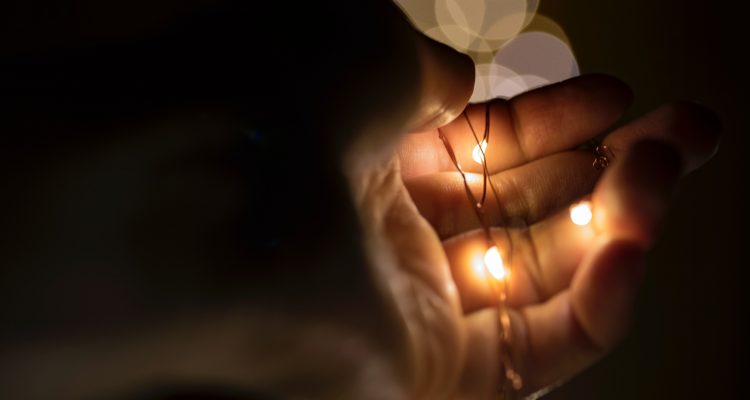 The Maggid of Mezritch: The Transparent Hand and the Refined Body

Rabbi Dov Ber of Mezritch, known as the Maggid of Mezritch, was the greatest disciple of the Ba’al Shem Tov. He was born in Lukatch, Ukraine. His father, Rabbi Avraham, was descended from the Mishnaic sage, Rabbi Yochanan Hasandlar, and generations before, from King David. As a child, Rabbi Dov Ber was obviously brilliant and his father sent him to study Torah in the yeshivah of the Pnei Yehoshua (Rabbi Yaakov Yehosuha Falk) in Levov. According to some versions, the Ba’al Shem Tov invested much effort in order to bring Rabbi Dov Ber under his tutelage, and even journeyed to the Pnei Yehoshua to enlist his help in convincing his prospective disciple to study with him.

As opposed to his Rabbi, the Ba’al Shem Tov, who would travel from place to place, the Maggid stayed in Mezritch and from there sent his students to teach Torah and establish centers of Chassidic life throughout Russia, Poland and even Germany. A few months before he passed away, the Maggid moved to Anapoli at the behest of Rebbe Zusha of Anapoli, due to a plague that had broken out in Mezritch. He passed away on 19 Kislev 5633 (1872) and is buried in Anapoli.

The great Chassidic aliyah to the land of Israel came from the Maggid’s study hall, led by his disciple, Rabbi Menachem Mendel of Vitebsk who made aliyah in 1777. Among the Maggid’s other famous disciples were his son, Rabbi Avraham the Angel, the Alter Rebbe of Chabad, the brothers, Rabbi Zusha of Anapoli and Rabbi Elimelech of Lizhansk, Rabbi Aharon the Great of Karlin, the brothers Rabbi Pinchas Ba’al Hahafla’ah and Rabbi Shmelkeh of Nikolsburg, Rabbi Yehudah Leib Hakohen, Rabbi Ze’ev of Zhitomer and many more.

Eyewitnesses testified that when the Maggid would put his holy hand near a candle, the light of the candle would be seen through his hand. His hand seemed to be transparent. This was not some sort of trick. The Maggid had refined his body to the point that it became like an illuminated pane.

We can think of refinement of the body as cleansing. The opaqueness of the body is not its natural state. It is ‘dirt’ that comes from the sin of Adam. The sages say that before he sinned, Adam’s body shone with such blinding light that his heel outshone the light of the sun. When he sinned, God gave him garments of skin (עור), which the Zohar calls ‘snakeskin.’ In the Torah scroll written by the Mishnaic sage, Rabbi Meir, next to the word for “skin,” he wrote the word with an alef (אור) which means ‘light.’ When a tzaddik refines his body, it becomes a clean vessel for his soul, which illuminates through it, as in the words of the verse, “A man’s wisdom illuminates his face.” )Ecclesiastes 8:1).

Even after his soul left his body, his body still continued to fulfill the will of the soul: When the pre-burial purification of the Maggid’s body was being performed, the Maggid himself bent over and immersed in the mikvah. Another story says that when he was being brought to burial, the stretcher upon which he was lying lifted itself up into the air. The Maggid’s disciples hurriedly caught the stretcher to keep it down, out of respect for the tzaddikim of previous generations, whose holiness was not expressed in this type of revelation.

The Maggid’s soul also had an effect on other people and even inanimate objects:

On one Friday afternoon, when Dr. Gordon entered the Maggid’s room, he saw that his condition was not good at all. He exited the room for a moment to tell the other students to pray for their rabbi. When he tried to enter the Maggid’s room again, the door was locked, with the key in the lock. Dr. Gordon was very concerned and peeked through the keyhole to attempt to see the Maggid. He saw the Maggid lying on his bed, which was floating in the air. The Maggid was reciting chapter 107 in Psalms. Dr. Gordon heard the Maggid say the part of the verse, “Their souls detested any food,” and began to vomit incessantly. He vomited so much that he felt that his soul would leave his body. At the last moment, he ran away. When he related this later to the Maggid, the Maggid said, “It’s a good thing that you didn’t wait around for the end of the verse, ‘And they reached the gates of death.’ You wouldn’t have gotten out of that alive.”

As in the previous story, when the Maggid’s soul ascended to heaven, his body also ascended, together with the bed upon which he was lying. In this story, the Maggid also effected a purification and refinement of the body of his disciple, when the doctor’s body reacted to the Psalms that the Maggid was saying as if he had swallowed an emetic. As in the verse, his soul detested all food and his body immediately responded in kind.

We may understand from this that refinement of the body is achieved through asceticism and fasts, which undermine a person’s solid sense of being. While this can play a certain role, it is not the main method at all. In Kabbalah, the body and its refinement are part of the sefirah of tiferet (beauty). The early Kabbalists taught that the sefirah of tiferet is called “the transparent pane.”

From this we learn that the most refined person is the person who has the most compassion for others. This is the only way to refine the body. If the motivation for asceticism is the desire for personal loftiness, the body will become very thin, but full of a sense of self-worth and the smallness of others. (For if he does not feel this way, what will motivate him to work harder than others?) When a person’s goal, however, is to have the ability to do good for others and he does not want his body to hinder his efforts, then his body truly does become refined and will illuminate.

Photo by Joanna Kosinska on Unsplash