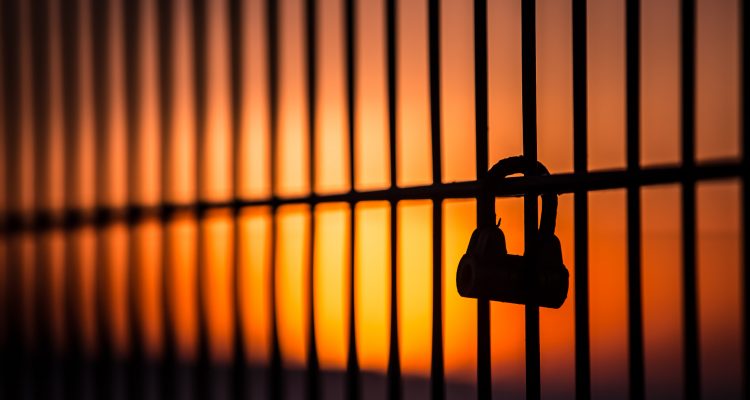 The Maggid of Trisk: What we can Learn from Prison

Rabbi Avraham Twerski of Trisk, author of the “Magen Avraham,” was born in 5566 (1806) to his father, Rabbi Mordechai of Chernobyl. His father loved him very much and would take him with him on his journeys. Hence, from an early age, he witnessed the rectifications (tikunim) that his father would prescribe (and sometimes perform) for Jews who sought his advice. Following his marriage to Rikel, daughter of Rabbi Yaakov Aryeh Leib Shapira of Kovla (Kovel, Ukraine), he settled in Trisk (Turiisk, Ukraine) and served as a maggid there.

After his father’s passing on 20 Iyar 5597 (1837) he succeeded him as the Chassidic Rebbe of Trisk. Tens of thousands of chasidim crowded to his court, among them some of the great chasidic Rebbes of Poland, who would travel to him along with their chasidim. In 5647 (1887), two years before his passing, Rabbi Abraham agreed to print his book, “Magen Avraham,” which includes his discourses on the Torah, written down by his chasidim. The book was first printed in Lublin and was soon regarded as a foundational book of chasidic thought in the Trisk-Chernobyl court and throughout the chasidic world.

Rabbi Avraham passed away on 2 Tamuz, 5649 (1889) and was laid to rest in Trisk. His son, Rabbi Mordechai, taught that 2 Tamuz is a great day for prayers. The numerical allusion brought in this context is that 2 times the value of “Tamuz” (תַּמּוּז) is 906 the value of (one of the parts of the Name of 42 letters) שקוצית, an acronym for “Accept our imploring and hear our cries, He who knows mysteries” (שַׁוְעָתֵנוּ קַבֵּל וּשְׁמָע צַעֲקָתֵנוּ יוֹדֵעַ תַּעֲלוּמוֹת).

One of the Maggid of Trisk’s chassidim visited Sadigora and engaged in a stormy debate with one of the chassidim of the holy Ruzhiner Rebbe. As chassidim are wont to do, they argued over which Rebbe was greater, and the debate became quite heated.

The Ruzhin chassid was completely unaccepting of the Rebbe of Trisk. Rebbe Yisrael of Ruzhin was accepted in his generation as the Rebbe of all the Rebbes. He was considered the greatest Rebbe of all the chassidic courts in Poland, and even in Chabad, they called him the heiliger Ruzhiner (the holy Ruzhiner). The Ruzhiner had a close connection with the Tzemach Tzedek, the third Lubavitcher Rebbe. So strong was their connection that the great intellectually minded and centered Chabad chassid, Rabbi Isaac of Homil, almost became one of his followers when the Tzemach Tzedek sent him to meet the Ruzhiner on a matter of public concern. When the chassid of the Ruzhiner Rebbe was so unaccepting of the Rebbe of Trisk, the guest from Trisk became extremely upset.

The debate ensued in the Study Hall (the Beit Midrash) after the morning prayers, while the two were still wrapped in their prayer shawls and tefillin. In his anger, the chassid from Trisk put his hand on his head-tefillin and vowed that “my Rebbe is just as great as your Rebbe, not less than him at all. The chassid then set out to go home.

His conscience, however, began to gnaw at him: “How could I have vowed with the Name of Heaven and my tefillin? Do I know who is greater? Am I so sure of myself that I took a vow on my tefillin? Perhaps I sinned? This chassid was truly a God-fearing person. There is no doubt that he was a good chassid, and he was also God-fearing. The Lubavitcher Rebbe would bless people to first be a chassid, then a God-fearing person, and then a diligent Torah scholar.

What does a chassid do when he is not sure that he did the right thing? He goes to his Rebbe and tells him the entire story. And that is what our chassid did. He journeyed to the Maggid of Trisk and told him the entire story. “In the end I took a vow on my tefillin that you are as great as the Ruzhiner Rebbe” (also known as the Rebbe of Sadigora).

Soon after, the Maggid of Trisk was also imprisoned for a short time. The authorities were not willing to reveal which prison he was in so that his chassidim, some of whom had influential connections in the government, would not be able to have him released. Ultimately, the chassidim discovered that he was in prison in Slavita and they were able to obtain his release. The Maggid of Trisk then related that God had arranged his imprisonment with His Divine Providence, so that the vow of his chassid would not be in vain.

The Maggid of Trisk teaches us two primary lessons in this story: The depth of commitment and love between a Rebbe and his chassid, and that being imprisoned can lead to acquiring a lofty degree in serving God out of fear and awe. Certainly, no tzaddik is lacking simple fear of Heaven—the feeling of God’s presence and obedience to Him. The special fear in our story is surely what is known as higher awe, which is akin to nullification of being. Chassidic thought likens higher awe to the awe a person experiences when he a great tzaddik or sage is present; every other feeling is erased by the realization of the great separation between himself and the tzaddik or sage. This type of awe is considered loftier than even love of God (following the order of awe and love, love and awe, where the second pair of love and awe refer to the higher love and awe). When experiencing the higher awe, the individual completely loses sight of his self and feels entirely subservient to the object of his awe. When it comes to love of God, however, there is still a feeling of self, a feeling that it is “I who loves God.”

We might ask why this type of awe is experienced when one is imprisoned. Perhaps because the prisoner’s free will is negated and he his freedom to act voluntarily is almost completely denied. The prisoner is left with the experience of emptiness and being of no consequence. When a tzaddik is imprisoned, he knows how to elevate these feeling to their source, interpreting his inconsequentiality as his true state in comparison to the infinitude of the Creator.

In our generation, there are Jews who are imprisoned or placed under restrictions because of their actions for the sake of the Jewish people and the Land of Israel. How can we encourage them? Apparently, they have already proven their love of God and His people, and now in Heaven it has been decreed that they should perfect their attribute of awe.

Interestingly, the yahrzeit (day of passing) of the tzaddik of Trisk, who ascends to greater heights by means of prison, is one day before the third day of Tammuz, the day that the Rebbe Rayatz was released from the Soviet prison. After his release, the Rayatz was put into a type of house-arrest Russian style, which was actually a sentence of exile in the town of Kostroma. The Rebbe Rayatz’s son-in-law, the Lubavitcher Rebbe, said that the third of Tamuz is “the inception of the redemption” (atchalta dege’ulah) leading up to the Rebbe Rayatz’s full release on the 12-13 Tammuz.

The parallel between prison as a form of exile and the release from prison as a form of redemption holds true in another way as well: Exile is a prison and redemption is the release from it. The Rebbe did not like the expression, “the inception of the redemption” (atchalta dege’ulah) being used to describe the state we have been in for the past few decades as a people. He felt that to use it was to ignore the true state of affairs, which spiritually, is one of the most difficult situations the Jewish people have ever been in wherein an enormous percentage of Jews do not identify with Yiddishkeit and do not observe the mitzvot.

Nonetheless, we can compare our situation today as a lengthy house-arrest in our own home, in the Land of Israel, where we are under constant surveillance. The nations of the world from the outside together with our errant brothers on the inside rule over us with a regime of political correctness. Our ability to express ourselves (in speech or action) is very limited. From the comparison to the third of Tammuz we can learn that this is also a stage on our way to our true and complete redemption. Until then, we will learn from the Maggid of Trisk how to extract the very best from our current situation.

Photo by Saad Chaudhry on Unsplash