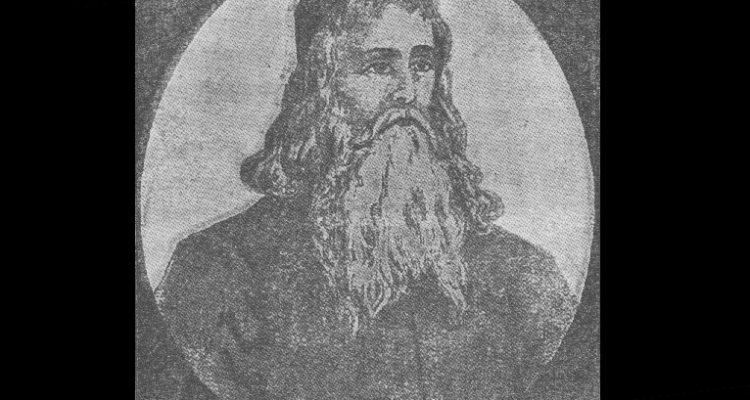 The Maharsha: Advice for the Living and the Dead

The Maharsha, Rabbi Shmuel Eliezer Halevi Idels, was one of the great commentators on the Talmud. He was born in Krakow, Poland in 5315 (1555) to his father, Rabbi Yehudah Halevi, and his mother, Gittel who was a direct descendant of the Maharal of Prague. He married the daughter of Rabbi Moshe Lipschitz, the rabbi of Brisk. He was supported by his mother-in-law, Idel, who also funded his yeshivah for two decades. The Maharsha considered her his second mother, for which reason he is known as Idels (as in Idel’s). Idel passed away in 5368 (1607) and the Maharsha went on to become the Rabbi of Chelm and later served in Lublin, Tiktin and Ostroh (Ukraine). He also participated in the Council of Four Lands in its annual meeting at Jarosław. The Maharsha was famous for his many acts of kindness. A sign reading, “My home is open to guests” was fixed to his door. He wrote his commentaries on the Talmud, Chiddushei Halachot (Legal) and Chiddushei Agadot (Homiletical) and in an unusual step, combined them into one book to emphasize the equal importance of these two different areas of Torah. Tzaddikim testified that his book was written with ru’ach hakodesh (Divine inspiration). The Maharsha is one of the first scholars of the revealed realm of the Torah to cite the opinion of Kabbalists. The Maharsah passed away on 5 Kislev 5392 (1631) and was laid to rest in Ostroh.

In the days of the Maharsha, there was a famous Jew who was known to be a sinner. This man died and one of the disciples of the Maharsha publicly shamed him prior to his burial. That night, the dead man came to the disciple in a dream and said to him: “I summon you to a Torah trial before the Heavenly Court, for you shamed me.” The young man woke up very disturbed and related his dream to his father. His father reassured him, telling him that “dreams are meaningless”[1] and the like, and the young man calmed down.

The Maharsha approached the young man’s bed and began talking to the dead man: “What do you want from this person?”

“He shamed me!” answered the dead man. The Maharsha said to him, “But surely you deserve to be shamed?!” The dead man replied, “I don’t deserve it and I wasn’t a completely evil person. Once I saw a Torah scholar fall into a river and almost drown. I endangered myself and saved his life. Since then, we became close friends. We made a Yissachar-Zebulun partnership[2] between us. I supported him well throughout my life. When I passed on and came to Heaven, they received me with great honor, as if I had been a great Torah scholar. They made no mention of my sins, for anyone who saves a soul, it is as if he has saved the entire world. Furthermore, I have a great portion of the Torah learned by the scholar and I am thus considered a Torah scholar myself. So, I am summoning the young man to court, to be charged with shaming a Torah scholar….”

The Maharsha minced no words in his reply to the dead man: “The truth is that despite all you have said, you carry a great burden of sins, but it is impossible to prosecute you because your good deeds created a strong partition between you and the prosecuting angel and all the other prosecutors. But you should know that your transgressions were not erased. You are only protected from them by your good deed. To bypass your protection, the prosecuting angel wants to ensnare you by convincing you to persecute this young man until he dies and then he will prosecute you measure for measure. While it is true that you saved a Torah scholar, you now wish to kill a Torah scholar. If you do so, it will remove the partition that is protecting you and you will be held liable for all your sins. Hence, I advise you not to take this foolish step and destroy yourself. Forgive him and all will be good for you as well.”

The dead man accepted the Maharsha’s advice, and the young man returned to good health.

Sometimes, it is tempting to defame someone who seems to be on a lower level than we are. But in our story, we see that what meets the eye is not necessarily the entire story and believing it can lead to huge mistakes. In the story, people believe that the deceased Jew was an evil person during his lifetime and was therefore deserving of shame. But then it turned out that he had strong merits to his name, even having endangered himself to save the life of a Torah scholar. At the same time, this same individual, although he merited to dwell in the Garden of Eden does not really understand his position. Outside the partition he had labored to build, the prosecutors lie in wait for even a slight misstep. They even continuously transmit thoughts of bitterness and revenge to him, which they hope he will act upon, thereby losing his protection from further prosecution.

Our story highlights the opinion of the sages that God only “bears sin” and distances it from the sinner, but does not completely erase it.[3] Hence, we learn that surprisingly, the sinner in the afterlife is still facing the same challenges he faced during his lifetime. Even there, the Divinely guided twists and turns of life continue to test him, and it is not easy for to merit full, unconditional entrance into the Garden of Eden. Our image of the Garden of Eden is that it is a state in which the sins of the past are no longer lurking. But for the soul that has not yet truly entered the Garden of Eden, the Divine scales continue to tip up and down, with no simple end in sight.

A person of the Maharsha’s stature could perceive this. The Ba’al Shem Tov said about the Maharsha that “if people knew the Maharsha’s greatness, they would lick the dust of his grave.” In his wisdom, the Maharsha managed to calm the dead man and convince him to forgo his foolish plan, which could have catapulted him into the depths.

The lesson of this story in one word is: “lowliness” (שִׁפְלוּת). If the young man had been aware of the limits of his own perceptions, and in particular regarding a fellow Jew, he would not have shamed even a person known to be a sinner. If the dead man had been aware that his heavenly reward was a total gift from God, he would not have done anything that could tip the Divine scales against him.

In this world—and even in the next—you never know….

[2]. This is a partnership in which an individual supports a Torah scholar and in-return receives the merits of part of the Torah learned.