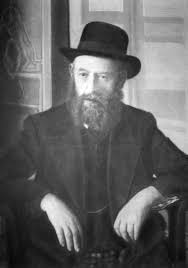 Rebbe Shalom Dov Ber of Lubavitch: The Essence of Sincerity

Once a major meeting of rabbis was planned in Petersburgh to discuss the burning issues of the day and their impact on the Jews of the region. All the great Torah scholars of the generation attended. Among them were the Rebbe Rashab representing the Chassidim and Rabbi Chaim of Brisk, representing the Lithuanian stream of Judaism. A preparatory meeting was called for the Sunday before the meeting in one of the towns. The Rebbe Rashab, accompanied by one of his senior chassidim, reached the town before Shabbat. They found an inn, the Rebbe prayed with the congregation at the local synagogue and all the while, they did not reveal the Rebbe’s identity to anyone.

In those days, in emergency situations for the Jews, all the Torah leaders would gather together to search for a solution. The great chassidim and great Lithuanian rabbis would come together with love for one another. Not only that, but Rabbi Chaim of Brisk would always completely adopt the Rebbe Rashab’s opinion. This raised more than a few eyebrows among the rabbis there. “Why do you always concur with the Lubavitcher Rebbe’s opinion? What authority does he have for you?” they asked Rabbi Chaim. “All of the Lubavitcher Rebbe’s pockets are filled with self-sacrifice,” Rabbi Chaim of Brisk answered. When self-sacrifice is needed, he just inserts his hand into his pocket and pulls some out. Do you think that I should not listen to a person with so much self-sacrifice? Do you think that I should not answer amen to his opinion?”

From this story, we can learn about sincerity and earnestness (temimut)—an attribute that the Rebbe Rashab, the founder of the Tomchei Temimim yeshivas, highlighted as the core attribute of Chassidut.

The Alter Rebbe said that one must “live with the times,” with the Torah portion of the week. The sages connect the first verse in the Torah portion of Chayei Sarah, “And the life of Sarah was one hundred years and twenty years and seven years, the years of the life of Sarah,” with the verse in Psalms (37:8), “God knows the days of the sincere (temimim).” They explain that “just as they are sincere, so their years are sincere and whole. At twenty years old Sarah was beautiful as a seven-year-old; at one-hundred years old she was like a twenty-year-old regarding sin.” A number of commentaries ask a question about this explanation (which is also quoted by Rashi): Is a seven-year-old more beautiful than a twenty-year-old? On the surface, just the opposite is true!

The commentaries explain something very important, which is the inner meaning of the explanation of, “God knows the days of temimim” regarding Sarah, the first temimah. They explain that a seven-year-old does not know that she is beautiful, and thus, her beauty is simply sincere. Her beauty is part of her natural consciousness. She is not conscious of herself. She did not yet eat of the Tree of Knowledge and is not conceited. She does not stand in front of the mirror thinking how pretty she is. If a young woman of twenty is still not conscious of her beauty, we say that “twenty years old like a seven-year-old.” This explanation best defines the attribute of temimut, sincerity.

When we understand the attribute of temimut in this manner, we see that it proves to be the rectification of the sin of the Tree of Knowledge, Eve’s sin, which injected mankind with excessive self-consciousness. Thus, Sarah rectified Eve’s sin.

According to Jewish law, a man should not look in a mirror as part of the prohibition against men wearing women’s attire. A woman, however, is allowed to look in the mirror. Some commentaries explain that a woman is allowed to have self-consciousness, which is prohibited for a man. But here we see the opposite: When a righteous woman, like Sarah, looks in the mirror she experiences a divestment of physicality. She is not conscious of herself (which is not true of a man who looks in the mirror). A righteous woman can even put on makeup without consciousness of self. This is the true beauty of a daughter of Israel, the beauty of “God knows the days of the temimim.”

One of the great Torah scholars of the later generations, the Maharam Schiff, explains the praise for a bride, “A beautiful and graceful bride,” in the same manner. What is her grace? He explains that she is not conscious of her beauty, it is wholesome beauty.

When we do not have self-consciousness, we are sincere and not looking to stand out (blitot or “bumps,” in the language of Chassidut). Even if nobody recognizes us (as was the case with the Rebbe Rashab in the town), it is just fine.