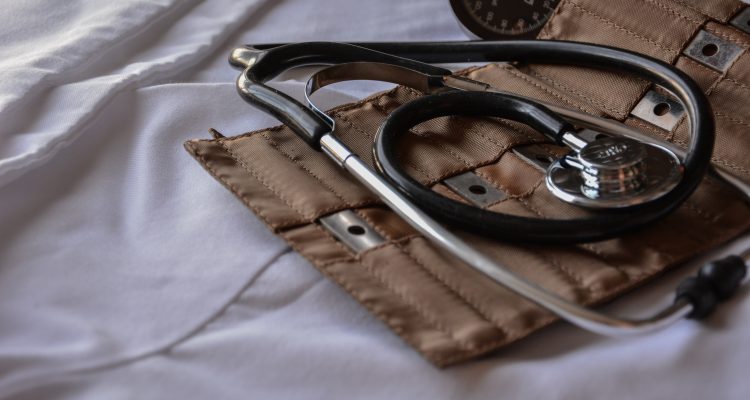 The Mittler Rebbe: Does God Exist?

Rebbe Dov Ber Schneori, the Mittler Rebbe was the second Rebbe of the Chabad dynasty. He was the son and successor of the Alter Rebbe of Chabad, Rabbi Schneor Zalman of Liadi. The Mittler Rebbe was born after the passing of the Maggid of Mezritch and was named after him. He is known for the length and depth of his chassidic discourses—so much so that his son-in-law, the third Rebbe, the Tzemach Tzedek said that “If they would cut my father-in-law’s finger, blood would not spurt out, but rather, chassidic teachings.” Like his father, the Mittler Rebbe was also imprisoned because of the accusations of those opposed to Chassidut. His day of redemption from prison is the tenth of Kislev. The day before that, the ninth of Kislev is his birthday and day of passing. Being born and passing away on the same date is a fulfillment of the verse, “I shall fill the number of your days.”[1] The Mittler Rebbe was the head of Chabad for 15 years. He died while writing a chassidic discourse and is buried in Nizhyn, Ukraine.

Prior to the passing of the Mittler Rebbe, he became ill. The doctors could not figure out what was causing his illness. Ultimately, the most senior doctor proclaimed that the Rebbe’s illness was his desire for something that does not exist in the world.

[A similar event took place when the Mittler Rebbe was in prison a year before then. As opposed to how the Russians treated his father, the Alter Rebbe, when he was imprisoned, they treated the Mittler Rebbe decently. When the Rebbe became ill, they brought doctors to examine him in his prison cell. The doctors could not find the source of his illness. Ultimately, one of the doctors said that the Rebbe suffered from a spiritual illness—like today, when doctors cannot find a physical reason for an illness, they say it is emotional or psychological. The Russians did not want to release the Rebbe, but they did feel obligated to treat him. They were told that the Rebbe was ill because he could not teach Chassidut, and that if they would allow him to teach, he would be healed. Every morning from then on, they allowed a quorum of ten chassidim to enter the Rebbe’s cell. The Rebbe taught them Chassidut, became stronger, and was healed.]

“Yes, why not?” the doctor replied.

“Please think of something now that does not exist in reality. See if you can do so,” said the Rebbe.

The doctor closed his eyes, thought a bit, and said, “I thought of something. I thought of this table spinning around in circles. There is no such thing.”

“Is there such a thing as a table in reality?” the Rebbe responded. “There is. Does a wheel exist? Yes. All that you have done is take the existing wheel and put a table on it and that is what you came up with. It is a combination of things that exist, not something that doesn’t exist.”

It seems that the doctors of those days had developed imaginations. But even if that image did come close to diagnosing the source of the Rebbe’s illness, the doctor could not imagine the object of the tzaddik’s desire. To the chassidim it was quite clear: The Rebbe longs for Divinity. What can we learn from the Mittler Rebbe’s conversation with the doctor?

An infinite gap exists between the Creator and His creations. It would seem that this gap is unbridgeable. Even Moses, about whom it is written, “He sees the image of God,”[2] could only see God’s figurative backside—which represents the manner in which God runs the world; but neither Moses nor any other prophet could see God Himself. Furthermore, the Alter Rebbe explains that the expression “the image of God” does not mean that there is an actual image of God that can be seen, even from behind. Rather, the verse means to say that Moses merited seeing reality from the Divine perspective. He saw the world as God sees it. It is impossible to see God, Himself, as is written explicitly, “for you have seen no picture.”[3]

Based on the fact that we cannot “see” God, we might venture to conclude that there is no contact between us and Him. For all practical purposes, one might think that from our perspective, God does not even have to exist. This is what the Mittler Rebbe—and Chassidut as a whole—come to forcefully negate. We can even think and contemplate God’s essence. If so, then He certainly exists!

In Hebrew, there is a play on words here. We exchange the picture (תְּמוּנָה)—pronounced temunah—of God, which we “did not see” with faith (אֱמוּנָה)—pronounced emunah—in God, with which we are equipped. Through faith, with which every soul is equipped, we can clearly see that God exists. There is a famous story about the Mittler Rebbe who said, “When I sit behind a locked door and study Likkutei Torah, (a compilation of essay written by his father, the Alter Rebbe), I exemplify the saying “I know Him—I am Him.”

Faith (אֱמוּנָה) also shares a common root with “art” (אָמָּנוּת). When we use our artistic mind to “draw,” as it were, a picture of the chassidic contemplation of the Divine, we can even transform something that for us is absolute nothingness into something that is almost tangible.