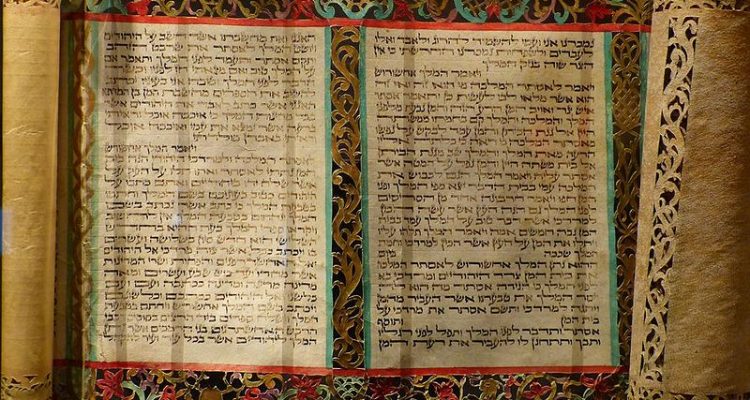 The Mittler Rebbe: It’s How You Tell the Story

Rebbe Dov Ber Schneori, the Mittler Rebbe, was the second Rebbe in the Chabad dynasty, the son and successor of the Alter Rebbe of Chabad, Rabbi Schneor Zalman of Liadi. The Mittler Rebbe was born after the passing of the Maggid of Mezritch, his father’s teacher, and was named after him. He is known for the length and depth of his chassidic essays—so much so that his son-in-law, the third Rebbe, the Tzemach Tzedek said, “If  my father-in-law’s finger was cut, blood would not spurt out, but rather, chassidic teachings.” Like his father, the Mittler Rebbe was also imprisoned because of the accusations of those opposed to Chassidut. His day of redemption from prison is the tenth of Kislev. The day before that, the ninth of Kislev, is his birthday and day of passing. Being born and passing away on the same date is an expression of the verse, “I shall fill the number of your days.” The Mittler Rebbe led Chabad for 15 years. He died while writing a chassidic discourse and is buried in Nizhyn, Ukraine.

In those days, it was customary that after the reading of the Megillah, the congregants would give megillah gelt, a tip for the person who read the scroll. After the megillah reading, each congregant would approach the reader and give him his tip. The Mittler Rebbe, who was a young man at the time, put five silver rubles in the reader’s hat. All the coins given by all the other congregants combined did not even reach the sum of one ruble. The reader, who was a modest man, said to the Mittler Rebbe: “Rebbe, this is too much money. Nobody gives me this sum.” “No, no,” the Mittler Rebbe insisted. “I have never heard such a wondrous and beautiful story in my life.”

This story does not tell us how old the Mittler Rebbe was at the time, but we can assume that he had already heard the megillah at least twenty or thirty times in his lifetime. Why did he say that he had never heard the story?

The chassidim who heard this story explained that the Mittler Rebbe had never really heard the story of the megillah. He had been with his holy father on all the previous Purims. When a tzaddik like the Alter Rebbe reads the megillah and a tzaddik like his son, the Mittler Rebbe, listens, the entire megillah is filled with secrets of the Torah. The simple, dramatic story was lost among all the secrets.

A similar story that took place a number of years prior to our first story strengthens this explanation:

When the Mittler Rebbe was about twelve years old, he heard the rebuke and curses in the Torah reading of Ki Tavo and fainted from sorrow. When asked why he fainted he answered that these were terrible curses that were read. When asked, But every year we read these curses? He answered, that every year he hears the reading from his father, the Alter Rebbe, and, “When my father reads this Torah portion, all that can be heard are blessings…”

These two stories outline a central characteristic in the Mittler Rebbe’s personality: In the merit of his father, the Mittler Rebbe spent his formative years in a heavenly, concealed world. Curses are blessings, stories are Torah secrets, and the depths of the Torah seem like the simplest of meanings. When for the first time, he encounters what we consider ordinary reality, he is taken by surprise. Sometimes, it is difficult and painful, as in the reading of the Torah rebuke, and sometimes surprising and refreshing, as in the megillah.

A similar story is told about one of the later rabbis who became a town rabbi and was asked to rule whether a particular chicken was kosher. Upon seeing a real chicken gizzard in the flesh, he exclaimed, “the holy pupik (gizzard), just like those described in the holy books.”

Parenthetically, we will add that there are tzaddikim who are completely different from the Mittler Rebbe. The Mittler Rebbe’s successor and son-in-law, the Tzemach Tzedek, was one such tzaddik, as exemplified by the following story:

“Are you a rebbe?” asked the non-Jewish driver. “The rebbe who I served all these years never asked for change!”

As opposed to his father-in-law, the Tzemach Tzedek was entrenched in this world. Ever aware of worldly matters, he used his knowledge to determine the Torah ruling in complex cases. The Mittler Rebbe, on the other hand, transcended worldly matters. When he did encounter them, he was surprised.

We can learn much about educating children from the first two stories, which happened at different times in the Mittler Rebbe’s life. As much as possible, a small child should grow up in a protected environment, without encountering actual evil. The time comes, however, approximately around ages 12-13, when a Jewish female or male accepts the yoke of mitzvot upon her/himself, when a child must mature and understand that evil does exist in the world. Suffering and sorrow, sin and punishment all exist, and so it will be until Mashiach comes. This is particularly relevant to a child who is going to become a Rebbe and leader. Interestingly, the Mittler Rebbe’s passing is also connected to a similar story:

While traveling, the Mittler Rebbe had stopped in the town of Nizhyn, Ukraine. A woman came to the room where he was staying and cried, “Rebbe! Save me! They took my only son to the army!” The Mittler Rebbe felt such deep sorrow that he became ill and passed away a few days later.

A child should be exposed to the existence of evil as an adolescent, who is preparing himself for life. But after the rebuke (in parashat Ki Tavo) comes the time for reading the megillah and learning from it too. As the Mittler Rebbe realized, an adult that embarks on a mission, needs to learn how to step into reality with all its twists and turns and navigate it successfully. In the megillah, he must primarily sense the self-sacrifice of Esther and Mordechai. It is at this point in his life that he needs to hear and integrate their story and the wondrous Divine Providence that accompanied them throughout. The Mittler Rebbe, who was occupied at that time with nullifying evil decrees, was surprised to suddenly discover that the Scroll of Esther was also about the reality that he was facing.

A good story like that, at exactly the right time, was certainly worth five silver rubles…

Image: Part of an Esther scroll of the Collection Braginsky, Fred Schaerli