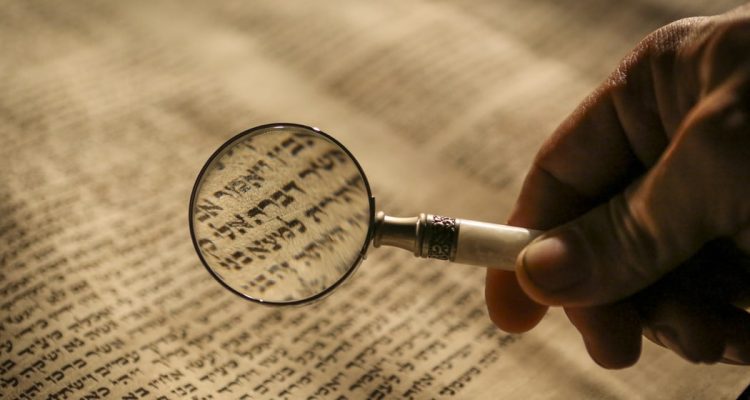 The Mittler Rebbe: Searching for the Evil Within

Rebbe Dov Ber Schneori, the Mittler Rebbe, is the second Rebbe in the Chabad dynasty. He was the son and successor of the Alter Rebbe of Chabad, Rabbi Schneor Zalman of Liadi. The Mittler Rebbe was born after the passing of the Magid of Mezeritch and was named after him. He is known for the length and depth of his Chassidic discourses – so much so that his son-in-law, the third Rebbe, the Tzemach Tzedek said that “If they would cut my father-in-law’s finger, blood would not spurt out, but rather, Chassidic teachings.” Like his father, the Mittler Rebbe was also imprisoned because of the accusations of those opposed to Chassidut. His day of redemption from prison is the tenth of Kislev. The day before that, the ninth of Kislev is his birthday and day of passing.  Being born and passing away on the same date is an expression of the verse, “I shall fill the number of your days.”

The Mittler Rebbe was the head of Chabad for 15 years. He died while writing a Chassidic discourse and is buried in Nizhyn, Ukraine.

On one of the Mittler Rebbe’s journeys, a young Torah scholar entered his chamber for a private audience (called a yechidut). Following this discussion, the Rebbe locked himself in his room in the inn and did not eat nor drink nor receive anyone else for private meetings. The chassidim were very surprised by the Rebbe’s unusual conduct. Those who managed to peek inside the Rebbe’s chambers saw an awesome sight: The Rebbe was sitting in his room and reciting Pslams, while his eyes shed tears ceaselessly. Nobody knew why.

After three days, the Rebbe announced that he would renew consultation hours. He ate, became stronger and just a few days later, set out for the rest of his journey.

The senior chassidim with the Rebbe waited for an opportunity to speak to him directly and questioned him about his unusual behavior.

The Mittler Rebbe related: “On that day, a young Torah student confessed a sin to me and asked how he could rectify his situation. You know that a Rebbe cannot advise a rectification for someone else’s sin if he cannot find a trace of the same sin within himself, albeit in a practically intangible spiritual manner, not in action, as has been performed by the person seeking his help. He must find some spiritual fault that corresponds to the sin in the most subtle manner. What the young man told me left me shaken, and no matter how much I searched inside me, I did not find a trace of that sin. Then I realized that the sin that he related to me is completely in my unconscious. I am totally unaware of it. It is an aspect of the evil world inside me. I have evil inside me and I am not conscious of it. That is something that requires repentance, and that is what I did. After three days of fasting, repentance and reciting Psalms, I found the trace of the sin within myself. It was only then that I could advise the young man on how to rectify his negative actions.”

The Mittler Rebbe fasted, repented and recited Psalms with tears for three days until he discovered the hidden evil, a trace of a trace – in his soul. If a person has evil within him, he must be aware of it. By being conscious of our hidden evil, we can rectify it in ourselves and then find the correct rectification for others. This is in keeping with how the Ba’al Shem Tov explained the verse, “Rebuke, rebuke your colleague,”[1] – First rebuke yourself, and afterward, you will be able to rebuke your colleague.

As long as we have hidden evil in our souls, we are not at the level of the tzaddik. The tzaddik is in control of his unconscious. The intermediate person, on the other hand, is in control only of his consciousness: thought, speech and action. He does not have access to his unconscious and certainly has no control over it. If the Mittler Rebbe could not find within himself a trace of a trace of something that is abstractly similar to the sin related to him, it is a sign that he too still had hidden evil of which he was not conscious. For this, a tzaddik of his stature must do teshuvah with great self-sacrifice.

In addition, as long as the tzaddik has some hidden evil within him, he can make mistakes in judgment. Mistaken judgment is most highly improbable for a tzaddik, but such a reality does exist. One of the tasks of the Mashiach is to rectify the hidden evil in the soul. There will be no more hidden evil and the verse, “And the spirit of impurity, I will remove from the land,”[2] will be fulfilled. When we reach that destiny, there will no longer be any possibility of mistaken judgment.

Photo by Mick Haupt on Unsplash