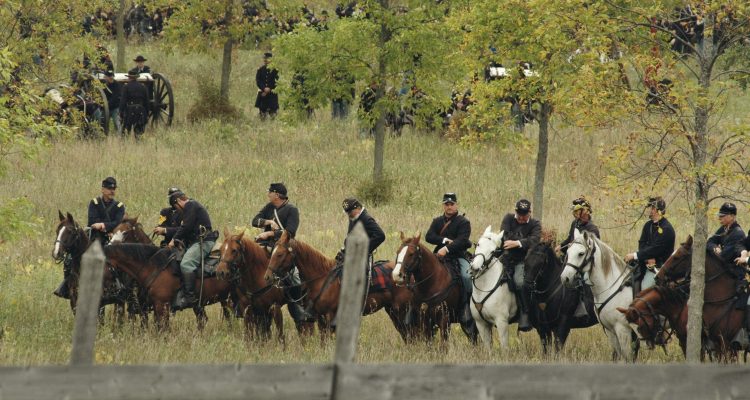 The Mittler Rebbe: The Choir and the Cossacks

Rebbe Dov Ber Schneori, the Mittler Rebbe, was the second Rebbe in the Chabad dynasty. He was the son and successor of the Alter Rebbe of Chabad, Rabbi Schneor Zalman of Liadi. The Mittler Rebbe was born after the passing of Rabbi Dov Ber, the Maggid of Mezritch and was named after him. He is known for the length and depth of his Chassidic discourses – so much so that his son-in-law, the third Rebbe known as the Tzemach Tzedek said that “If they would cut my father-in-law’s finger, blood would not spurt out, but rather, Chassidic teachings.” Like his father, the Mittler Rebbe was also imprisoned because of the accusations of those opposed to Chassidut. His day of redemption from prison is the tenth of Kislev. The day before that, the ninth of Kislev is his birthday and day of passing. Being born and passing away on the same date is an expression of the verse, “I shall fill the number of your days.”

The Mittler Rebbe was the head of Chabad for 15 years. He died while writing a Chassidic discourse and is buried in Nizhyn, Ukraine.

One of the royal features of the Mittler Rebbe’s court was his so-called Cappella, the court orchestra that sang and played music before him on special occasions. In addition to the Cappella, the Mittler Rebbe also had a group of chassidim whose accomplished horse-riding earned them the nickname, “Cossacks.” The musically talented chassidim were in the Cappella, while those who were not musically inclined but were strong, became the Cossacks. At special times of good will, the Rebbe would look out from the window of his home and signal to bring the Cappella and the Cossacks. The Cappella would play their music and sing and the Cossacks would ride their horses in a celebratory dance.

Rebbe Nachum, the Mittler Rebbe’s own beloved son, was a strong young man and joined the “Cossacks.” Once, in the middle of the week, with no special occasion in sight, the Rebbe signaled for the Cappella and the Cossacks to come before him, where they danced and sang. In the midst of the celebration, the chassidim began to shout to the Rebbe that his son, Rebbe Nachum, had fallen from his horse and was gravely injured. The Rebbe did not react. He instructed his chassidim to continue with the music and the horses as if nothing had happened.

The chassidim did not understand, but if the Rebbe said, that is what they did. The celebration continued, and after some time, the Rebbe was informed that Rebbe Nachum was not in danger, only his leg had broken. The Rebbe said that he would be completely healed, and so it was.

Later, at a time of good will, the chassidim asked the Rebbe what had happened. Why did he call upon the Cappella and the Cossacks with no apparent special occasion, and even less understandably, why had he not reacted when his son fell? The Rebbe explained that that morning, he had sensed that there was serious prosecution against his son. The Rebbe’s way of sweetening the severe judgment was to employ joy.

The main thing that we can learn from this story is the power of joy to sweeten severe judgments and nullify bitter decrees. This is the best way to face off against negative circumstances and also to retroactively annul them: When the Rebbe was informed that his son had fallen from the horse, he immediately understood that this was the decree that he had sensed that morning. Instead of feeling badly that it was he, himself, who had caused his son to fall by calling in the Cossacks, he instructed his chassidim to redouble their joy, thereby effecting a complete salvation.

Mashiach, the final redeemer, will also triumph in battle in the merit of the fact that he will be joyous (the letters of Mashiach, מָשִׁיחַ permute to spell the word “will be joyous,” יִשְׂמַח) and will make others joyous (יְשַׂמֵּחַ, another permutation of Mashiach). We can imagine that the Rebbe was feeling quite tense about what he had sensed, but the joy that he brought upon his chassidim with their singing and dancing made him happy as well, and then he was able to bring the salvation into reality. Similarly, when the Lubavitcher Rebbe fell ill, the last words that were heard from his mouth were, “with an abundance of song and chorus.”

It is interesting that in the Mittler Rebbe’s court, the greatest expression of joy was specifically a legion of “Cossacks,” which was certainly a display of harsh judgment. But together with the Cossacks, the Cappella would sing, transforming the Cossack’s display of might into a celebration of victory. The Rebbe Rayatz explains in his discourse, Bati Legani, that the joy of victory is the greatest of all joys.

The first letters of the expression in Chabad, “Didon notzach” (meaning, “Ours has won”), דִּידַן נָצַח, are dalet and nun, which spell the word for judgment (דָּן), pronounced dan. This word equals 54, which is the number of years that the Mittler Rebbe lived. Dalet nun are also the first letters of the two sefirot, knowledge and victory (דַּעַת נֶצַח), alluding to the fact that holy victory is affected with the power of knowledge. Knowledge, or da’at, is the sefirah of connection—between people, between the individual and his Creator, and between the individual and himself. The sitrah achrah (other side), which is all about ego and separation, lacks this power of connection. This is expressed by the Zohar, which writes, “The other side is barren and does not produce fruits.” This in contrast with goodness, where the next generation is born in the merit of the connection between the father and mother of the previous generation.

This brings us to another dimension in the sefirah of victory, which also means “eternity” and “perpetuation.” The power of the connection of the sefirah of knowledge effects the victory typical of the tribe of Dan—beginning with Dan’s son, Chushim, who beheaded Esau and continuing with Samson (from the tribe of Dan), who smote the Philistines. In our days, the person who knows the essence of the connection between himself and his nation and his God, will also be able to know his enemy and triumph over him—with joy.

Photo by Jen Theodore on Unsplash