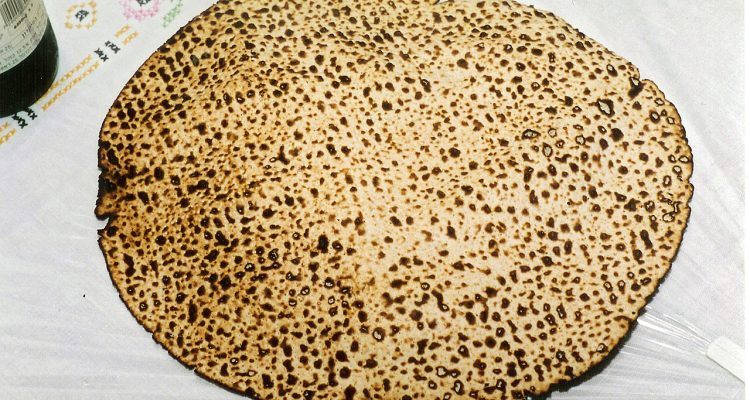 The Ohev Yisrael of Apta: Matza No Reason to Fight

Rabbi Avraham Yehoshua Heschel of Apt (Opatów, Ukraine) was born in 5508 (1748) to his father Rabbi Shmuel, the head of the Beit Din and of the yeshivah in Neustadt. After his wedding, Rabbi Avraham became the rabbi in Kolvesov in Galicia. While he was there, Rabbi Levi Yitzchak of Berditchev and Rabbi Moshe Leib of Sassov visited his town and influenced him to study Chasidut. As a chasid, he first learned from Rabbi Yechiel Michel of Zloczów and later, from Rabbi Elimelech of Lizhensk. Rebbe Elimelech loved him and drew him into his inner circle. Rabbi Avraham is considered one of Rebbe Elimelech’s four inheritors. Prior to his passing. Rebbe Elimelech gave his powers to four disciples: He gave his eyesight to the Seer of Lublin, his intellect to Rabbi Menachem Mendel of Riminov, his heart to the Maggid of Kozhnitz and his mouth to the Ohev Yisrael of Apt.

In 5546 (1786) chasidim began to gather around the Ohev Yisrael in Kolvesov and in 5560 (1800) he became the rabbi of Apt in Poland, where he established a chasidic house of study. The Ohev Yisrael was the rabbi of Apt for eight years and he requested that he be known as the rabbi of Apt. In 5569 (1809) he became the rabbi of Yasi. As Yasi was the main Jewish city in Romania, Rabbi Avraham Yehoshua Heschel served as the chief rabbi of Romania. In 5573 (1813) Rabbi Baruch of Mezhibuzh passed away and Rabbi Avraham Yehoshua Heschel became the chasidic rebbe there. By 5575 (1815) he was the senior chasidic rabbi in Europe (after his three friends, the disciples of Rebbe Elimelech had passed on). He was considered the elder chasidic tzaddik of his time. The Ohev Yisrael of Apt passed away on the 5th of Nissan 5585 (1825) and was buried in Mezhibuzh by the side of the Ba’al Shem Tov.

The Ohev Yisrael of Apt was known for his Divine service of eating, for which he was praised by the tzaddikim of his generation. In his book, Ohev Yisrael, the tzaddik wrote:

When a person throws his desire behind his back and pays no attention to the physical aspect of the food, but rather, to all that emerges from God’s mouth, to the spiritual vitality that is assimilated in that food, and he elevates the holy sparks in that food etc., then that act of eating is considered Divine service in lieu of a sacrifice, and the table is like the altar that atones, for his eating is in holiness.

While we are instructed not to indulge in too much regular meat, it is worthy to eat large amounts of meat from the sacrifices in the Holy Temple. Perhaps for this reason, it is told that the Ohev Yisrael gave directions for his coffin to be constructed from the wood of the table upon which he ate in holiness.

Until the age of 36, the Ohev Yisrael would fast regularly. It was only afterwards that he began to eat:

Once the Ohev Yisrael of Apt became so ill that he seemed to be dying. He saw different foods that were reprimanding him for not eating them and elevating them. “I fear that eating will harm me,” said the Rebbe, “as for a long time I have not been accustomed to eating.” The Rebbe received a promise from Heaven that he would not be harmed by eating those foods. “I fear that I might be harmed spiritually by eating those foods,” he continued. He received another promise from Heaven for that, and then he began to eat. Nonetheless, he eliminated his desire for food to such an extent that he testified that, “ever since I learned the special intentions for eating from Rebbe Elimelech, in everything that I eat, I literally taste dust,.”

If eating was a major issue for the Ohev Yisrael throughout the year, eating the matzah on the Seder night was particularly special. When the matzah was being baked in his city, the Rebbe of Apt would close himself in his room and help the matzah baking in his own way. Even though he did not enter the bakery many times, the Ohev Yisrael felt particularly responsible for the baking and safeguarded the matzah of his townspeople from far. This spiritual guard duty was the focus of his attention, and during those days, he did not receive his chasidim for an audience.

More than the Ohev Yisrael was diligent in his service of God, he was a great lover of his fellow Jews, as the name of his book by which he was known indicates. It literally means, “the Lover of Israel.”

Once, after Pesach, a couple came to the Ohev Yisrael and told him that they wish to divorce. Why? The husband’s custom was not to eat gebrochts (matzah that has come in contact with liquid) on Pesach, while the wife, who did not grow up in a Chasidic home, was not willing to accept this custom upon herself. The Ohev Yisrael said to them: “I will tell you what happened in my home this Pesach. I prepared very special matzah this year for the Seder, with all the stringencies and holy intentions that I could invest in them. On the eve of the holiday, my wife mistakenly took my special matzah and gave it to a poor person who needed matzah. When she realized that she had made a huge mistake, she felt terrible and took simple matzah and put it in place of my special matzah. Do you think I didn’t sense the difference? With my ru’ach hakodesh (holy spirit) I knew exactly what had transpired. But I didn’t say anything so that there would not be anger in our home. If I ate simple matzah this year instead of my special matzah without anger, you can also get along with your wife even if she does not adopt the custom of not eating gebrochts.

The Ohev Yisrael, who inherited the power of the mouth from Rebbe Elimelech of Lizhensk, knew how to eat and how to speak. We can say that the power of eating parallels his name, Avraham, about whom it is written “I shield [magen] you.”[1] As Rebbe Meir of Premishlan (Peremyshlyany) explained that Abraham, whose tent was always open to guests, asked God to give him a strong stomach (in Yiddish, magen means “stomach”) so that he could eat with every guest, thus fulfilling the mitzvah of hosting people in the most beautiful way. The Ohev Yisrael’s power of speech is alluded to by his second name, Yehoshua, about whom it is written, “One leader (dabar) for the generation.”[2] The word dabar literally means “a speaker,” and leadership is about the ability to speak.

In our story, we see that the Ohev Yisrael also knew when to stay silent. “He has golden scales in his mouth” said one of the tzaddikim about him, “and he weighs each word before he utters it.” With his silence, the Ohev Yisrael teaches us that unity and peace are possible only when people are not overly stringent with each other. This is one of the reasons that the final meal of Pesach, the Feast of Mashiach, is celebrated by chasidim on the final day of Pesach (or on the seventh day until nightfall and the end of the holiday). On the last day of Pesach in the diaspora, even the chasidim eat gebrochts. The feast of Mashiach and the coming of Mashiach are dependent upon unity between Jews. The Mashiach’s feast must be a feast in which all Jews—those who are more stringent and those who are less—can participate together.