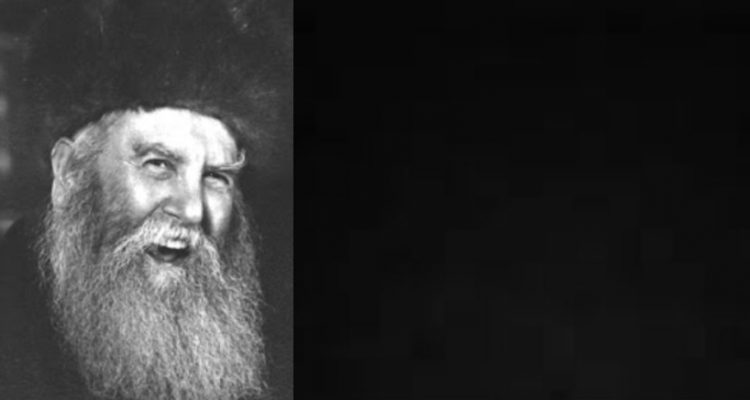 The Rebbe is Always with his Chassidim

The Rebbe Rayatz, Rabbi Yosef Yitzchak Schneerson, was the sixth Chabad Rebbe. Born to his father, the fifth Rebbe of Chabad, the Rebbe Rashab, in 5640 (1880), the Rebbe Rayatz worked tirelessly to keep Judaism alive in the Soviet Union and was jailed for his heroic efforts. Forced to leave Russia, he continued to conduct the struggle from Latvia, and then from the Warsaw Ghetto, eventually escaping the Holocaust to the United States. By the time of his passing in New York on the 10th of Shevat 5710 (1950) he had laid the foundation for the global renaissance of Chassidic Jewish life in the US and throughout the world.

In 5707 (1947), two years after the end of World War II, Rebbetzin Chanah Schneerson, the mother of the Lubavitcher Rebbe, reached Paris on her way to the US, where she planned to live near her son. This was after she had remained with her husband, Rabbi Levi Yitzchak Schneerson, for years of forced-exile deep in Russia. Rabbi Levi Yitzchak passed away during that period of exile.

The Lubavitcher Rebbe, who at that time was the Rebbe-to-be, traveled to Paris to greet his mother, whom he had not seen for years, and to escort her to the US. The Rebbe stayed in Paris a number of months until they could set sail. During that time, the Chabad chassidim in Paris took advantage of the opportunity and held farbrengens with the Rebbe.

At one of the farbrengens, some of the chassidim asked the Rebbe to request of his father-in-law, the Rebbe Rayatz, to awaken Heavenly mercy upon them so that they would succeed in obtaining visas to leave France for America. The Rebbe looked at the very important chassidim, smiled a bit at their request and said, “Do you think that someone has to remind the Rebbe to think good thoughts and awaken abundant mercy upon them? I will tell you a story.”

The Rebbe related the following story: Due to the Rayatz’s imprisonment in a Communist jail and the terrible hardships he faced there – he was sentenced to death and was brutally tortured – he became ill. Once the Rayatz reached the US, there was a period of time during which a nurse would enter his room every morning to give him a shot. This took place daily at exactly 7 AM. The Rayatz would sit ready at his table, the nurse would knock on the door, enter and give him the shot.

Once, the nurse knocked on the Rayatz’s door early, at one minute before 7. Nobody answered. She waited until 7, and then knocked again. But still no answer. She opened the door and walked in. The Rayatz was sitting, facing the door, completely awake, but with eyes closed. He looked as though he was not really there. Concerned, the nurse immediately called the Rebbetzin, who was concerned as well. Finally, they called the Rebbe to come quickly. The Rebbe put his ear near the Rayatz’s mouth and could hear that he was quietly saying the Song of the Sea with its cantillation notes. The Rebbe told the nurse and family that the Rayatz was in a state of communion and disembodiment and that he was perfectly fine.

That night, twelve hours later, they received a telegram informing them that a group of the Rayatz’s chassidim had miraculously escaped over the Russian border. If they had been caught, they would have been summarily executed. The very moments during which they managed to cross the border, with great Divine intervention, were the minutes the Rayatz was saying the Song of the Sea in his state of disembodiment.

“So,” the Rebbe finished telling the chassidim, “know that the Rebbe is always with everyone, especially with his close chassidim. He is always connected to them, particularly in times of need. When a chassid is in trouble, the Rebbe is together with him, awakening Divine mercy upon him, as if he was grasping his hand and extricating him from danger.”

This is a story of cleaving between Rebbe and chassid that is above reason and knowledge. Of course, any Jew can, in one moment, become a Rebbe’s chassid. It is written that a Rebbe thinks about his chassidim (and doesn’t only pray for them). Besides feeling them and knowing what is happening to them, he has the power to bring them out of trouble with his thought. This thought, however, is not just an intellectual type of thought. The Rebbe achieves the salvation for his chassidim by awakening Heavenly mercy for Divine assistance, above and beyond what could be naturally effected.

How did the Rayatz, thousands of miles away from his chassidim, know that they were in danger and manage to awaken mercy upon them?  To awaken great mercy is to awaken the secret of the Dikna. The Dikna is the metaphoric beard of the Long Countenance (Arich Anpin), the lower of the two partzufim in the sefirah of crown and possesses thirteen conduits (tikunei dikna), which correspond to the Thirteen Principles of Divine Mercy (Exodus 34:6-7). As such, these thirteen conduits are considered the source of God’s great mercy. When a supernatural miracle is needed, the great mercy of the crown is necessary, as the more accessible mercy of the emotive powers of the small countenance (Ze’er Anpin) are not sufficient.

If the Rebbe told this story in response to the chassidim’s request of the Rayatz to awaken mercy upon them, it is a sign that according to the Rebbe’s “feel” for the Rayatz – and if anybody could feel the Rayatz, it was the Rebbe – the place from which the salvation came was even higher than the Dikna of Arich Anpin and its source. According to Kabbalah, the thirteen levels of rectification of the Dikna have two sources (to understand this, one has to study the writings of the Arizal in-depth): the concealed mind (mocha stima’ah), also known as the wisdom of the sefirah of Crown, and even higher – the so-called skull (galgalta) which is the Crown of the Wisdom of the Crown, also known as the great love [of the Almighty] (ahavah rabbah) in Chassidic teachings or the will of the will.

In this story, we see how the Rebbe can save those who are connected to him from danger with his limitless right hand, while he is completely focused and divested of physicality (as described in this story). The Rebbe’s knowledge of what is happening with his chassidim is much more than mere telepathy. The Rebbe is actually there with his chassidim. His arm embraces them, and that is how he saves them from danger. The enclothement of the right-hand of Atik in the skull (of Arich Anpin) together with his ability to connect from afar with his concealed mind, are the two sources of the thirteen levels of rectification of the Dikna, from which the great mercy is drawn.

One more point that we can take with us from this story and that can benefit us all, even if we are not initiated into the teachings of the Arizal, is that there is a powerful connection between saying the Song of the Sea and awakening mercy from Heaven. If the Lubavitcher Rebbe noted this (he could have told the story without mentioning what the Rayatz had been saying during his disembodiment), it means that we should be aware of this. If you think about someone who needs Heavenly mercy and recite the Song of the Sea with sincerity and the proper intent, you will be awakening the Heavens to be merciful with him. This is true both for an individual and for the entire Jewish people.