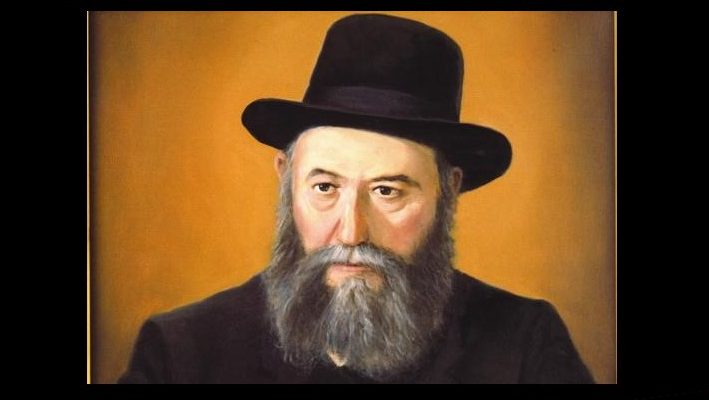 The Rebbe Rashab: The Greatness of Being Small

Rebbe Shalom Dov Ber Schneerson (the Rashab) was the fifth Lubavitcher Rebbe, son of the fourth Lubavitcher Rebbe, the Rebbe Maharash and Rebbetzin Rivkah. At his circumcision ceremony, his grandfather, the third Lubavitcher Rebbe (the Tzemach Tzedek) gave him the title Rashab (an acronym for Rabbi Shalom Dovber). Eleven years after his father passed away, the Rashab accepted the leadership of the Chabad Chassidut, initially in Lubavitch and toward the end of his life, in Rostov.  The Rashab founded the Lubavitch yeshiva network, Tomchei Temimim as well as the Torat Emet yeshiva, first in Hebron and then in Jerusalem. He was called ‘the Rambam of Chassidut.’ The Rashab was born on the 20th of Cheshvan in 5621 (November, 1860) and passed away on the second of Nissan, 5680 (1920). He was laid to rest in Rostov in Russia.

When the Rebbe Rashab became the Rebbe and head of the Chabad movement, one of the elder chassidim arrived from the Land of Israel to accept him upon himself as his Rebbe.  During a farbrengen, the young Rebbe asked the elder chassid to sing a song of the Land of Israel (He actually said to bring something from zimrat ha’aretz, which technically means “from the fruits of the Land,” but alludes to the [inner] melodies of the Land”). This particular chassid came from Hebron, where the Sephardic and Ashkenazic communities were very connected. When the Rebbe Rashab asked him for a song of the Land of Israel, he said he would sing a beautiful Sephardic melody: “My friend, my shepherd, He Who uplifts me from under the trampling of people of mockery, tell me upon whom did You abandon the few sheep?” The chassidim sang the song and the young Rebbe cried with much emotion. “Why did the Rebbe cry so profusely?” the chassidim asked after the Rebbe wiped his tears away. “When I heard the words, “upon whom did You abandon the few sheep?” I understood it as follows: “God, upon whom did You abandon the immense work of infusing the “few” into the sheep?”

“God did not set His love upon you, nor choose you, because you were more in number than any people–for you were the fewest of all peoples” (Deuteronomy 7:7). The sages explain this verse, about the numerical inferiority of the Nation of Israel, as relating to a feeling of essential inferiority, humility and lowliness that characterizes tzaddikim in particular and the Jewish Nation as a whole. Abraham says, “And I am dust and ashes.” Jacob says, “I have been made small,” and David says, “And I would be lowly in my eyes,” and “and I am a worm.”

Today, being the “fewest of all the nations” is considered a dangerous and precarious state, which can create fear of the nations and feelings of inferiority when facing them. But it is specifically because of its numerical inferiority and the feelings of lowliness that God chooses the Nation of Israel.

Moses personifies the depth of smallness and nullification in his statement, “And we are what.” Not few, not small and not even a worm. Nothing beyond the will of God that works within him. Thus, it is only Moses – and after him, the spark of Moses in every generation – who can infuse other Jewish souls with this feeling. The young Rebbe, who had now become the Rosh Bnei Yisrael (the head of the Nation of Israel, for which the word Rebbe is an acronym) turns to God with a question: To whom did You assign this task, which can only be accomplished by a Rebbe?

The Rebbe Rashab explained only the end of the song, but the beginning is also very significant to his persona: When founding the Tomchei Temimim Yeshivah, the Rebbe Rashab had to face off against both communist organizations and the Jewish “enlightenment” movement, which had both become a threat to Judaism in that era. Those “people of mockery” in the song are not an external enemy with weapons of war, but rather those who wish to mock and trample Jews who maintain fear of God, lowliness, submission and humility in their hearts.

Chabad is an acronym for Chochmah, Binah, Da’at (wisdom, understanding, knowledge). The Rebbe Rashab added that it is also an acronym for Chayalei Beit David (Soldiers of the House of David). The Rebbe saw his chassidim as soldiers going out to battle – to bring souls back to their Father in Heaven.

Interestingly, there is no generation in Chabad that is completely emotion-based. Instead, the emphasis skips from the generations that highlighted knowledge to the generations of action. Of course, taking action is the product of both emotion and intellect. But the Chabad intellect quickly reaches the conclusion that “the main thing is taking action.”

The Rebbe Rashab became a Rebbe when he was young, but he had to face a complex challenge. He foresaw that it was time to send his thousands of chassidim to a battle to bring Jewish souls back to God – a battle that would eventually bring the Mashiach.

The Rebbe Rashab was the Chief of Staff of the Soldiers of the House   of David. He saw his role as infusing the Nation of Israel with the consciousness of being “few.” We can learn from this that the “smallness” that can seem like a danger to the Jewish Nation is really the key to the redemption. We can even say that it is a strategy, in the merit of which the many will fall into the hands of the few – despite those who mock “the footsteps of Your messiah.” The strategy of smallness is to remain small and to know that it is God who is fighting for the Nation of Israel.