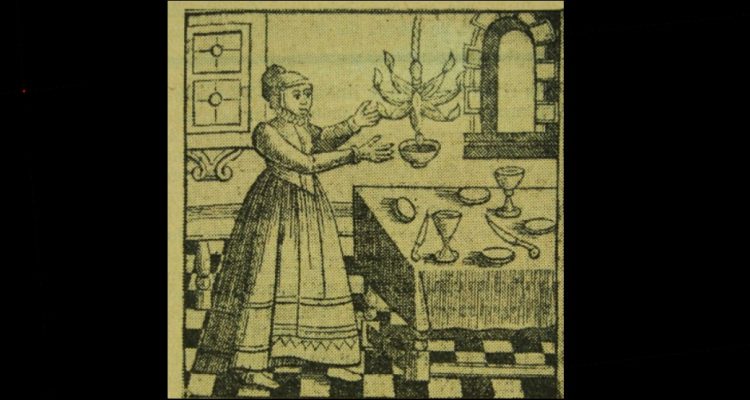 The Saraf of Moglanitza: The Righteous Women in his Life

Rabbi Chaim Meir Yechiel Shapira, known as the Saraf of Moglanitza, was born in 5559 (1799) to Rebbetzin Pearl, the daughter of Rabbi Yisrael of Kuzhnitz and his father, Rabbi Avi Ezri Zelig Shapira of Granitz, a descendant of the Megaleh Amukot. He was the disciple of his maternal grandfather, of the Seer of Lublin, the Ohev Yisrael of Apta, the Holy Jew of Pashischa and of the son of Rabbi Yerachmiel Rabinowitz of Pashischa. He married the daughter of Rabbi Elazar of Lizhansk (the son of Rabbi Elimelech). The Saraf served as the head of Kollel Rabbi Meir Ba’al Hanes for the Jews of Poland in the Land of Israel. He became a chassidic rebbe in 5588 (1828) but would still travel to the tzaddikim of his generation, such as Rabbi Yissachar Ber of Radoschitz, Rabbi Yisrael of Ruzhin and the Sar Shalom of Belz. After the passing of Rabbi Yissachar Ber of Radoschitz, many of his chassidim became the Saraf’s disciples. It was then that the Saraf became famous as a miracle worker. He passed away in Warsaw on the 15th of Iyar 5609 (1849) and was laid to rest there.

Rabbi Meir Yechiel’s mother, Rebbetzin Pearl, gave birth to many children who died shortly after they were born r”l. Her father, Rabbi Yisrael of Kuzhnitz, took her to many of the tzaddikim of the generation to request their prayers for her. On a trip to Rebbe Elimelech of Lizhansk,  Rebbetzin Pearl implored of him to promise her a son, and she did give birth to a son who did not die shortly after his birth. The son was called Moshe. He once heard his grandfather, the Maggid of Kozhnitz talk about the Waters of Dispute in the Torah portion of Chukat. To the surprise of the Maggid’s audience and to the delight of his grandfather, the seven-year-old boy rose and explained at length why Moses did the right thing by striking the rock. That same week, on Tuesday, the boy Mosheleh prayed the Silent Prayer at length. When his grandfather asked him why he was praying for such a long time, he replied that it was revealed to him from Heaven that he would be passing away soon. He added that it would not help to pray for him for the decree had already been imposed. That same day, the boy became ill and he passed away the following Thursday. His grandfather the Maggid explained that he had the soul of Moses and the purpose of his descent into the world was only to explain why Moses struck the rock at the Waters of Dispute.

Rebbetzin Pearl was heartbroken over the passing of her son and beseeched her father to bless her with another son. Her father explained to her that because of her lofty thoughts (particularly during marital relations with her husband) she was drawing extremely holy souls down into the world and they were not able to exist here. To give birth to a soul that would be capable of existing in this world, her father advised her to become more ‘coarse’ and to wear a garment that was fashionable at the time. “Then,” her father told her, “people will say that you are brazen, and you will be able to draw a lower soul into the world.”

Rebbetzin Pearl went to a tailor, who sewed a dress in the latest fashion – a dress with twelve silver buttons, as her son related years later. She walked back and forth on the street in her new dress. Then Rebbetzin Pearl became pregnant with a son who grew into adulthood, the Saraf of Moglanitza. Rabbi Chaim Meir Yechiel admired his mother very much and testified in the name of tzaddikim that she had the soul of a great tzaddik. At her funeral, he related the words of Torah that were spoken close to her death and implored her to pray for him, his descendants and his rabbis (the Rabbi of Ruzhin and the Rebbe of Belz). “Mother, mother,” he cried, “you are missed only by me.” (Not surprisingly, he passed away half a year later). The Saraf claimed that she would suffer embarrassment in the upper worlds when she would discover that he was not the tzaddik that she thought him to be in this world. Several days later, however, he said that he saw her and that she still thought that he was a tzaddik – “because she is a great tzaddekes (righteous woman), in Heaven they do not want to cause her sorrow, so they allow her to mistakenly think that I am a tzaddik…” When he told the story of the dress that brought about his birth, he said, “Truly, she drew down a brazen soul. Am I not brazen when I pray and make claims for Jews who are not worthy? That is really chutzpah!”

On the seventh night of Pesach, the Saraf’s wife died suddenly. In the book, “Toldot Hanifla’ot,” his disciple relates the Saraf’s wondrous reaction: “He immediately called upon all his children to be careful not to cry for their mother on Shabbat and the holiday. Immediately after the holiday was over and he counted the Omer, he told his assistant to bring him his weekday clothing. He removed his Shabbat clothing, and at the moment that he adorned his weekday clothing, suddenly an intense cry, like booming thunder emerged from him. Hearing his cry, his children and all those present cried profusely. He went immediately from there to his home and stood at the entrance to his home, where she laid and wrung his hands and cried abundantly and spoke much and cried. He stood thus for about an hour and cried. And then he entered and stood next to her and spoke there as well and cried profusely. And then he entered his room and sat down and began to speak about her. And I heard from his holy mouth that he said ‘My holy grandfather told me that she has ruach hakodesh (Divine inspiration).’

At the burial, I stood next to the Saraf of blessed memory, and he was standing next to the grave and he said in Yiddish, ‘I am ending our partner-hood only in the body, but our souls will remain together, the sanctity will continue together. The unifications that a Jew does before (the mitzvah of marital relations) we can continue to do together.’ All of this I saw and heard myself. From all this we see his great righteousness and wondrous holiness, and that all his intents were in holy unification. And it is already known and publicized that he would not engage in marital relations until he would see the Name of God, Havayah, clearly before his eyes.”

The Saraf of Moglanitza was known for his enthusiasm and cleaving to God, and for his lofty unifications. But the stories about the righteous women in his life are a unique phenomenon, from which we can understand a bit about the root of the tzaddik’s soul.

His mother, Rebbetzin Pearl, was surprisingly similar to Sarah. Like Sarah, she did not merit living children, like Sarah, she was a righteous woman and like Sarah, she had a masculine soul. Regarding Sarah, it is written that “she did not have a child” and the sages explain that she did not even have a place in her body to house the child (a uterus) until it was miraculously created. Sarah’s son, Isaac, was a feminine soul in the body of a male, as per the rule, “(If) the man gives seed first, the woman gives birth to a female, (if) the woman gives seed first, she gives birth to a male.”

Of course, if Rebbetzin Pearl was Sarah, then her son the Saraf was Isaac. His grandfather, the Maggid of Kuzhnitz, even wanted him to be named Yirmiyahu (Jeremiah) – the prophet who parallels Isaac (from among the three main prophets – Isaiah, Jeremiah and Ezekiel). His great love for his wife, and the sanctity of their unification, coinciding with unifications in upper worlds, point to his connection to Isaac, who is the only Patriarch who did not marry another woman, even after her death. Thus, the Saraf also emphasized that the separation from his deceased wife was only on an external level, but on an internal level, their connection and their mutual service of unifications would continue at an even higher level.