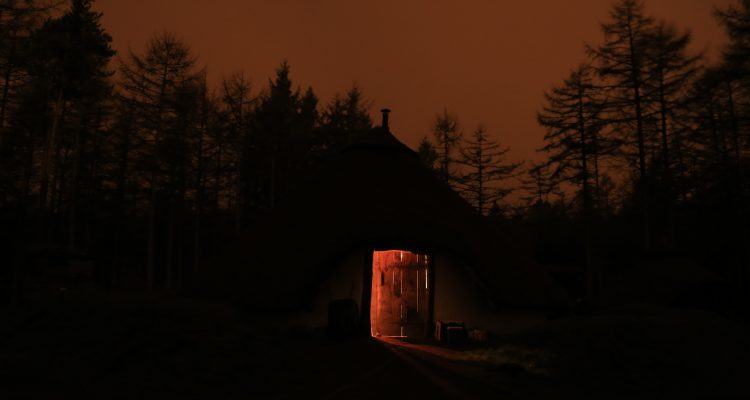 The Seer of Lublin: There is a Judge

Rabbi Yaakov Yitzchak Halevi Horovitz, known as the “Seer of Lublin,” was born in Poland in 5505 (1745). He was the disciple of the holy Rebbe Shmuel Shmelkeh of Nikolsburg (Mikulov) and the holy Maggid of Mezritch. After they passed away, he became the primary disciple of Rebbe Elimelech of Lizhensk (Leżajsk). He established his chassidic court in the large city of Lublin and the masses flocked to learn Torah from him. The Seer was known as a holy genius who had the gift of special spiritual sight. It is told that he received this gift from his Rebbe, Rebbe Elimelech. The Seer was deeply engaged in efforts to bring the redemption. He sent his senior students to spread the teachings of Chassidut throughout Poland and Galicia. Among those students were “The Holy Jew” of Parshischa, Rebbe Uri “the Saraf” of Sterlisk, Rebbe Naftali of Rupschitz and many more. On Simchat Torah 5575 (1814) the Seer fell from the window of his home under wondrous and mysterious circumstances while he was engaging in spiritual endeavors to bring the redemption. He was severely injured and bedridden for close to a year, and passed away on the ninth of Av, 5575 (1815). He was laid to rest in Lublin.

Two chassidim of the Seer of the Lublin, who were merchants by trade, visited Lublin to be near their Rebbe. After a few days, they came to take leave of the Seer and receive his blessing for a safe trip.

“Why are you leaving at night?” the Seer asked. “A person should come at the best time and leave at the best time. It is best to wait until the morning.” The chassidim explained to their Rebbe that they had an important business meeting and they had to be there on time. The Seer heard and did not answer.

The two chassidim set out on their way. In the middle of their route through a thick forest, they lost their way. After some wandering, they saw a light from afar – a house in the heart of the forest. The chassidim approached the house and to their surprise, saw that there was a Jewish wedding taking place inside. At the head of the table a venerable elder was seated and all the guests sat around the table, but were not dancing as is customary at Jewish weddings. When the chassidim asked why they were not dancing, they were told that the guests were all waiting for Reb Moshe the wedding jester to come and tell his jokes. After laughing and merriment, they would get up to dance.

In an instant, Reb Moshe the wedding jester arrived. He stood up on a table and began to tell his jokes. (It is customary at Jewish weddings to bring a wedding jester, called a badchan, and to pay him substantially—even more than the musicians—for creating a joyous atmosphere for the bride, groom and guests. There were great tzaddikim who started out as wedding jesters, such as Rebbe Naftali of Rupschitz and Rebbe Isaac of Homil—the famous Chabad scholar. This is not surprising because in order to tell a truly funny joke, one needs a sharp intelligence).

Reb Moshe the Badchan began his repertoire and everyone was joyous and laughing. The guests rose to dance and then, in the middle of the dancing, the ceiling opened, a hand holding a white-hot sword descended from heaven and pierced Reb Moshe the Badchan’s stomach and threw him off the roof!

The chassidim were aghast. When they asked the guests, who were once again seated, what was going on, they answered that they were all waiting for Reb Moshe the Badchan to come and tell his jokes. After just a moment, Reb Moshe the Badchan entered again as if nothing had happened, and everything repeated itself. The jokes, the laughter, the dancing and then again the white-hot sword. This happened a number of times.

The chassidim understood that they had somehow gotten into a space of impure spiritual beings and that this was apparently Reb Moshe Badchan’s punishment. The next time that Reb Moshe entered, the chassidim approached him and asked, “Why do you deserve this punishment?

“All my life I was a wedding jester,” Reb Moshe answered. “When I would be telling jokes, I would be laughing with the women and joking with them. This is my punishment.”

“But tell me,” he turned to them, “all the guests here, including the venerable elder, are all impure spiritual beings (called sheidim). But you are regular people. Who are you?”

“We are chassidim of the Seer of the Lublin. We lost our way and ended up here,” the chassidim explained.

“Please, I beg you,” Reb Moshe beseeched them when he heard that they were chassidim of the Seer. ”When you get out of here, go immediately to your Rebbe and beg him to awaken mercy on my soul, so that I can finish my soul’s rectification.”

The chassidim left the house and immediately found themselves on the main road. Instead of going on to their business meeting, they returned to their Rebbe in Lublin and told him the entire story. The Seer did what he did to rectify Reb Moshe’s soul.

“You should know,” he said to his chassidim, “that there was one reason that I sent you to that place. It was so that you should know that there is judgment in the world and there is a judge.”

This is no standard chassidic story. It is a story full of severe judgment. Indeed, one of the roles of a Rebbe is to infuse the hearts of the Jewish people with the knowledge that the world is not just rolling along by chance. Contrary to the expression that, “there is no judgment and no judge,” the Rebbe makes it clear that there certainly is. The wedding jester had blemished his service of God by looking at forbidden sights and engaging in sexual impropriety. These two things were perhaps the most essential to the Seer. Thus, apparently, the Seer sent his chassidim to see this specific situation so that the fact that there is judgment in this world and there is a judge—reflected in God’s attribute of severe judgment—would be deeply engraved on their hearts.

It is written that the heavenly court sits in the Chamber of Merit, which among the seven chambers (heichalot) corresponds to the sefirah of might, the attribute of judgment. The name of this chamber—the Chamber of Merit— teaches us the purpose of the judgment: To purify the person and give him merit so that he will ultimately be pure and cleansed.

Before the era of the Ba’al Shem Tov, it was customary to learn the book, Reishit Chochmah. The chapters in this book in which purgatory is described are so frightening that some of the people who studied them ended up depressed or deranged. Thus, there were tzaddikim who forbade the study of this book, particularly the sections that describe the punishments in purgatory. In this story, we find the chassidic approach to teaching the important concept of “there is judgment and there is a judge” and how it impacts us. There is no need for us to see or imagine the seven vestibules of purgatory. It is quite enough to read this story and take it to heart.

Who especially needs to know that, “there is judgment and there is a judge”? Apparently, the merchant who must go out in the middle of the night—not at the best time—to travel to his business meetings. Apparently, those who are sunk in the darkness of this world and its machinations need to know about the cleansing process for those who stray from God. Those people who do not merit to permanently dwell in the chambers of “the light of Torah,” where God’s presence is clear, need to see the toll of engaging in the mundane world so that they can take it to heart and beware.

Photo by Frances Yeung on Unsplash