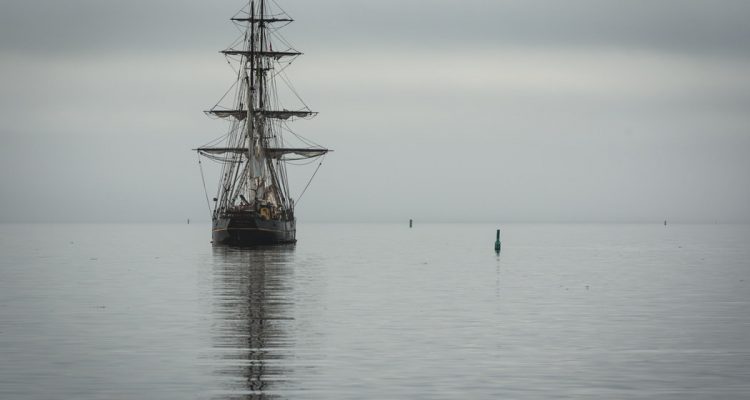 To Set Sail on a Rickety Boat: Rebbe Menachem Mendel of Vitebsk

In 5537 (1777), Rebbe Menachem Mendel made aliyah together with 300 of his Chassidim. This was a very significant number of people to make aliyah as a group in that era. He first settled in Peki’in, then moved to Tzfat and finally to Tiberias, where his congregation settled.
Rebbe Menachem Mendel conducted himself and his court in a royal manner on an external level. Rebbe Yaakov Yosef of Polna’ah said that Rebbe Menachem Mendel conceals his deep lowliness specifically in what could be misinterpreted as grandeur. Rebbe Menachem Mendel would sign his letters with the addition, “the truly lowly”. Despite his youth, the disciples of the Ba’al Shem Tov admired him and Rebbe Pinchas of Kuritz even called him “the king of Israel.”

Rebbe Menachem Mendel died on the first of Iyar, 5548 (1788) and was buried in the ancient cemetery of Tiberias, in the section of the students of the Ba’al Shem Tov. His student, Rebbe Elazar Zusman, gathered the words of Torah that he would speak on Shabbat into the book, “Pri Ha’aretz.”
From many stories about Rebbe Menachem Mendel, we can learn the correct path of the true tzaddikim in all that is connected to establishing the Jewish community in the Land of Israel. In the following story, we will also learn why it is so important to do so:

To Continue the Ways of the Tzaddikim of the Land of Israel.

When Rebbe Menachem Mendel and his followers reached Istanbul, on their way to the Land of Israel, they went to the port to choose a boat for the last leg of their journey. There were new, strong and safe boats at the port, but surprisingly, Rebbe Menachem Mendel chose an old, rickety boat anchored at the side of the port. Rebbe Menachem Mendel’s decision also had to stand up to the test of a great storm that descended upon the travelers on the sea. The boat almost broke apart and Rebbe Mendel’s special prayer that miraculously quieted the sea is the topic for another story. Why did the Rebbe choose this particular rickety boat? He sensed with his ruach hakodesh (holy spirit) that a spirit of holiness dwelled on the old boat. Later, they learned that approximately forty years earlier, Rebbe Elazar Rokeach, author of “Ma’aseh Rokeach,” had made aliyah with that boat.

Rebbe Menachem Mendel of Vitebsk, who also made aliyah with a messianic consciousness, preferred to travel with his hundreds of followers on a physically rickety but spiritually safe boat, as he saw that a spirit of holiness of a special tzaddik of the previous generation who had made aliyah, dwelled upon it.

This is an important lesson for our generation: Those who have merited that their mission in life is in the Land of Israel, building and developing it with the purpose of hastening the true and complete redemption (establishing the Kingdom of Israel in the path of the Torah in the Land of Israel, until the fulfillment of all the goals of the redemption in the Land) should identify with the tzaddikim who preceded them in this task, even if they must employ self-sacrifice. Even if it seems that there are newer, safer ways that will have more chance of success, we must continue in the boat of the tzaddikim of previous generations and identify with them. We must adopt their love of the Land of Israel, which was part of their complete cleaving to the ways of holiness, and their aspiration for the true and complete redemption. It is specifically with this rickety boat that we will reach our destination, with God’s help.

Financial Independence in the Land of Israel

There are another two stories connected to the same point:

“I heard from the Admor, author of the Birkat Avraham: In the beginning, when Rebbe Mendele arrived in the Land of Israel, he settled in Peki’in. His plan was for the group to work the land for half a day and study Torah for half a day. The ba’al davar (evil force) came to him and told him that if he would not leave Peki’in, he would be leaving the world entirely. The ba’al davar threatened to focus strictly upon him. With no option to remain there, Rebbe Menachem Mendel left Peki’in. If he had remained there, it would have been possible for him to exchange in Heaven all the abundance to the entire world so that it would come specifically from the Land of Israel. The ba’al davar did not agree to this.” (Vayehi Or, page 120)

Before his aliyah, Rebbe Menachem Mendel founded the Kollel Reicin (and appointed the Alter Rebbe to head the Kollel) in order to attend to the financial needs of his followers who would be making aliyah with him. One time, the messenger who was to bring the funds raised overseas for the community in Tiberias was delayed, and starvation set in. When his followers complained to Rebbe Menachem Mendel, he replied, “Of course you are hungry. But why think about it all day? Do as I do: In the morning, I am hungry for about a quarter of an hour, which is the time that I am accustomed to eating breakfast. After that, I continue with my day. The same is true of the other meals. When you have food, you do not eat all day. And when there is no food, it is enough to be hungry at mealtime.”

The words of the Rebbe sounded to them like an attempt to cheer them up, which did not fit their mood, and they continued to complain. Then the Rebbe said that he sees with his ruach hakodesh that the messenger is already nearby and that they can borrow money to buy food on credit. Later, Rebbe Menachem Mendel sorrowfully pointed out that if they had listened to his advice and held out for just a short time more, they would have absolved themselves of their dependence on funds from overseas and the community would have enjoyed financial independence.

“The Land of Israel is acquired through hardship.” In order to achieve true independence, we must safeguard our pure faith, expanded consciousness and focus our needs on what is truly necessary. In light of the previous story, we can say that in order to achieve pure Jewish independence, we sometimes have to forgo comfortable, safe and plush options and cling – while withstanding the trial and sufficing with little – to the ways of the true tzaddikim who aspire to pure Jewish independence and Fear of Heaven.

The Four Species: Strength to ...

On Sukkot we have the

Q: My daughter has gone