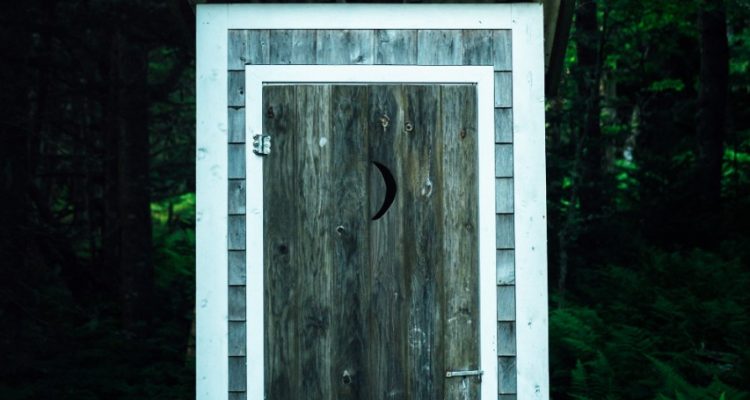 Truly No Space Void of God: Rebbe Shlomo of Karlin

The holy Rebbe Shlomo Halevi of Karlin, HY”D, was born to Rabbi Nachum in 5494 (1738). He was a preeminent student of the Maggid of Mezeritch and of Rebbe Aharon Hagadol of Karlin. After the passing of Rebbe Aharon, Rebbe Shlomo assumed his mantle in Karlin. He was known for his powerful devotion to God and became famous as a miracle worker motivated by genuine self-sacrifice. His prayers were fiery, he gave all his money to charity and his Torah learning was enthusiastic and stormy. The great sages of his generation admired him, and he had a particularly special relationship with the Alter Rebbe. His primary students include Rebbe Asher of Stolin, Rebbe Uri (the Saraf) of Sterlisk and Rebbe Mordechai of Lechovitch.

In the year 5552 (1791) a Russian soldier shot Rebbe Shlomo while he stood devoutly in prayer. Rebbe Shlomo suffered for five days, until his soul ascended to heaven on 22 Tamuz. Many considered him to be the Mashiach the son of Joseph. His teachings were compiled in the book ‘Shema Shlomo.’

Once, the daughter of a Torah scholar married, but after a short time, her husband disappeared, leaving her an agunah. (An agunah is a woman who is “anchored” to her husband. Due to the fact that his whereabouts are unknown, he is unavailable (or refuses) to give her a divorce, so she remains bound to him until it can either be proven that he is no longer alive, or until  he is located and gives his wife a proper divorce.) Nobody knew where the young husband was, or if he was alive or dead. The family searched for him extensively and did all that they could, but nothing helped. After all of their efforts, the Torah scholar’s wife turned to him and said, “Nothing else seems to have helped. You have to go to the Tzaddik, Rebbe Shlomo of Karlin. Perhaps the salvation will come from him.” The husband, who was not a Chassid at all, reluctantly agreed to do her bidding. His concern for his daughter overpowered his concerns about the Chassidim.

The father reached Rebbe Shlomo’s home right when he was exiting the bathroom, before he had even managed to ritually wash his hands. A bit taken aback by the awkward situation and not sure quite what to do, the father went straight over to Rebbe Shlomo and blurted out, “My daughter is an agunah.” Rebbe Shlomo pointed to a wagon standing nearby and said, “Her husband is sitting there in the wagon. Run over there quickly and you will find him.”

A moment before running off in the direction of the wagon, the father turned once again to Rebbe Shlomo and asked in surprise, “You employ ruach hakodesh (Divine inspiration) before you even ritually wash your hands? How can that be?”

“You should know,” Rebbe Shlomo answered him, “that the fact that Tzaddikim see things from afar is not due to their ruach hakodesh at all. It is perfectly natural. Everybody in the world has clay on their eyes, which hides all that transpires. But for those who merit – God removes the clay. Once a person has ritually washed his hands and he is pure, he is required to study Torah and pray. He does not have time to look around at what is happening in the world. But when a Tzaddik is in the bathroom, where he cannot pray and study, he has time to look at what is happening in the world. And so it was, when I was in the bathroom, I naturally – without ruach hakodesh – saw your errant son-in-law on the wagon.”

Rebbe Shlomo began by teaching the father that he did not employ ruach hakodesh, but rather, this was a natural phenomenon, natural consciousness that is part of the innate, behavioral part of the soul. This is not something in which the Tzaddik invests any special thought or effort. It is specifically in the bathroom, a place that is not relevant to Torah study or prayer, that the Tzaddik can look at what is happening in the world. Tzaddikim do not need to read the newspaper in the bathroom, as some people do, because they see everything without the newspaper – much more in line with the truth than the dubious reports in the media. From their vantage point, they can orchestrate reality and do what needs to be done (as is written in other stories of Tzaddikim, particularly about Rebbe Shlomo of Karlin).

One of the essential points of contention between Chassidim and Misnagdim (those opposed to the teachings of Chassidut) in the early days of Chassidut was about the tzimtzum. The Misnagdim maintained that the contraction of energy performed by God (tzimtzum) in order to create a void space (called hachallal hapanui) in which to create the world is truly void of God, Heaven forbid. The Chassidim countered that although we don’t see God, He is everywhere, just as He was before the tzimtzum, as explained at length in Chassidic teachings. One of the ‘accusations’ of the Misnagdim  – which seems strange to us today – was that the Chassidim, who do not take the tzimtzum literally, but rather maintain that God is everywhere, also believe that God is in impure places like the bathroom. This, concluded the Misnagdim, contradicts the Torah, which teaches us not to study or pray in unclean places. This is also the source of the question that the father asked Rebbe Shlomo: How could he have ruach hakodesh after exiting the bathroom, before ritually washing his hands?

Chassidut explains that God is everywhere: “There is no place void of Him.” Learning Torah and praying, however, are allowed only outside the bathroom. From this story we see that the bathroom is a kind of control room for Tzaddikim, from where they can keep an eye on what is happening throughout the world.

On a deeper level, the unchaining of agunot (anchored women) is one of the Torah issues in which the Tzaddikim and sages have invested the most time and effort, as is reflected in the many volumes of Responsa on this topic throughout the generations (including in our generation, unchaining widows of fallen soldiers whose whereabouts are unknown, may God have mercy). When a true sage is required to find a way to unbind a woman and save her from bondage (which is a type of saving her life) generally, he will prove that the husband is not alive. Unbinding the agunah is actually an entry into the challal hapanui, the space “void of God” as it were, outside the borders of holiness and certainty – in order to find the deceased (in Hebrew, challal) husband. The power to exit the boundaries of holiness belongs to the behavioral part of the soul, which is the lower sefirot of Netzach, Hod and Yesod.

The greatest Torah-based triumph (nitzachon, as in Netzach) of a Torah adjudicator is to unchain an agunah. This also allows the soul of her deceased husband to ascend from the challal hapanui to the Garden of Eden (for the very fact that he is still anchoring his wife also damages his own soul).

While the Torah engages the challal hapanui and determines what is supposed to take place there (such as the determination in Jewish law that one should not learn Torah in the bathroom), the Tzaddik who locates the living husband, such as Rebbe Shlomo in our story, penetrates the challal hapanui with the behavioral innate traits of his soul. He does so by means of a type of Divine inspiration, which, for him, is nothing more than natural consciousness, with the knowledge that the state of concealment is nothing more than superficial “clay on the eyes,” and that in truth, God is in every place. The Tzaddik can see Him naturally, and reveal to the world that there is no place void of Him.

Photo by Tim Foster on Unsplash

Q: Along with the great joy

Vayigash: The Secret of Tears

There are several types of