For a deeper explanation of some of these concepts, see our Glossary of Kabbalah and Chassidut

2. Togetherness –
a. Uniting with God — natural consciousness
b. Basis for togetherness with others

These three letters spell Isha — woman. In Kabbalah, Imma, the mother principle, gives birth to Ekyeh asher Ekyeh, the secret of redemption. As we approach Mashiach, the feminine side of reality must mature and surpass the male side of reality.

At the close of Shabbat we recite the Havdalah  (Separation) prayer. We bless God for separating between:

There are two Manifestations of Divine Light

The ultimate good of God. Every creation should receive the utmost according to his potential. Every individual is different, but equal in the optimal individual good that he can contain. This is equality of Natural Consciousness.

G-d relating to everything as absolutely equal. This light surrounds every point of reality, but is not visible. Relates to everything objectively as equal.

The secret is: God is All and All is God — all is equal before Him

Teva is spelled  tet, beit, ayin. The tet and beit are the subroot of "good".

The ayin (last letter of the word "ra" bad) also means "eye" It is the eye of consciousness finding the evil, identifying the holy spark in it and making it a throne for good.

Teva — t'viat ayin — the power of the eye to make an impression on an object and to identify it as one's own, thereby redeeming the holy sparks in it.

God's Nature is Teva Hatov — the nature of Good to be good. This is His essence.

Nervousness is vulnerability to serve other gods. A nervous person goes to doctor, overeats, develops addictions etc., all forms of idolatry. If a person experiences any pain, turn to G-d (Maimonides).

First to withstand trial of temptation

Tzaddik, tikun pgam habrit – Righteous Person, Rectification of the Blemish of the Covenant

Moshe praises Levi in his blessing to tribes: "V'shamru imratecha ubritcha yintzoru."  — Levi has kept Your word, and guarded Your covenant.

Rashi: "Kept Your word" (lishmor) — guard  — At the sin of the Golden Calf, the tribe of Levi kept the negative commandment "Lo yihyeh lecha Elohim acherim al panai" — the prohibition of idol worship.

"Guarded your covenant" (lintzor) — nurture — throughout 40 years in desert only Levi performed the positive commandment of circumcision.

Present Consciousness — what you see is what you get

There are two types of order: Birth Order and Rectification Order

1) Birth (natural) Order: The power of yesod is the deep power in the psyche to line up and order one's talents. They will then emerge from the channel in an orderly manner. If person tries to accomplish objectives in an improper order, he will not actualize his objective.

2) Order of Rectification — Mature order — for those wrestling with pgam habrit. Pgam habrit begins with hitkashrut (spiritual) touch of da'at.

Stage 1. Da'at: The impulse of touch — not necessarily physical — experience of mature soul.

Stage 2. Yesod: Firm readiness to act toward objective. This stage ascends immediately to keter, which subdivides into three stages of da'at (in purple):

Stage 3. Gidei Ratzon: Volition — Will to impregnate reality.  The will to convey the electric impulse of will to consummate, which was created at the first moment of touch. This is the unconscious will to bring out potential.

Stage 5. Gidei Hargasha: — Sensation — Binah — Unconscious becomes conscious — complex experience — Sensitive to feedback, either from within or from without.

Stage 6. Blood: The blood connects all the organs of body. Seed, produced from blood is the concentrated code of all the limbs of body. Feedback from #5 is integrated into blood and entire soul identifies with  the vector force of actualization of potential.

Stage 7. Kidneys: Until now, the experience has been raw. After the body identifies with the experience, it has to enter into high pressure cooking. The readiness to give over is cooked in the kidneys.

Stage 8. Yesod: — Self realization — The release of potential is  going to happen immediately. This is the performance of mitzvot with joy. In order to do this, one must be ecstatically joyful. The realization of one's purpose in creation.  Emet  Self verification is the inner dimension of yesod. This is the realizion of one's latent inner potential.

In Hebrew, brit (covenant) is spelled beit, reish, yud, tav; The first word in the Torah, "Breishit," is spelled beit, reish, alef, shin, yud, tav. These are the letters of brit, plus the alef and shin in the middle, which spell "eish," fire. The Torah is God's covenant of holy fire with the Jewish people. 612 = 36 times 17 (tov, Hebrew for "good")

The remaining letters of barak and ra'am, reish, kuf, ayin and mem, equal 410, the numerical value of the final two letters of brit; yud tav.

There are 6 letters in the union of barak and ra'am (3 letters each in Hebrew). The average value of these two words, (612 divided by 6) is 102, which is emunah (faith) or tzvi (deer). In The Ethics of our Fathers, our Sages advise us to be as agile as a deer in our fulfillment of God's commandments. 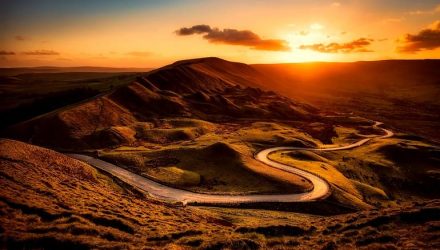 The Fifty Gates of Understa...