Av: The Meaning of the Name 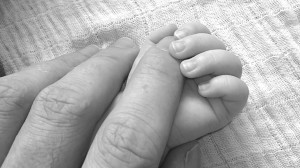 To the name of the fifth month of the Jewish year (according to the Jewish calendar, the months are counted from Nissan) — Chodesh Av – – it is customary to add the name Menachem (which means "comforter," or "consoler" and is one of the names of the Mashiach) — Menachem Av.

Though in the scroll of Lamentations, that we read on Tisha b'Av, the day of the destruction of both the first and second Temples, we find: ein la menachem, "she has no consoler," the name of the month, which reflects its deepest essence, states that, in truth, there is a consoler, though in time of exile, he remains concealed.

The Ba'al Shem Tov teaches us that whenever the Hebrew word ein (spelled: alef,yud, nun), whose literal meaning is "no," appears in the Torah text, by changing its vowels to read ayin, the implied negation becomes transformed into a positive assertion. Ayin means "nothing," referring in Kabbalah to the Divine nothing from which all reality — something — is continuously recreated. The consciousness of ayin is identified by the Ba'al Shem Tov to be the source of the Jewish soul (based upon the rabbinic phrase, ein mazal l'yisrael, "Israel is under no astrological sign," which he reads ayin mazal l'yisrael, "the Divine nothing is the soul-source of Israel").

Thus, the above phrase from Lamentations, ein la menachem, may be read ayin la menachem, "the Divine nothing, the soul-source of Israel, is her consoler." In fact, the two words ein mazal, (read ayin mazal, as above), equal numerically the nameMenachem (138).

Our sages teach us that from the outset of the month of Av, we are to "diminish" (mishenichnas Av, mema'atim…). This is the time to reach our soul-root of ayin, Divine nothingness, from which emanates our true, eternal consolation.

Av means "father." In Chassidut we are taught that just as our Father in heaven consoles us (as we read in the beginning of the haftorah of the Shabbat following Tisha b'Av: nachamu nachamu ami, yomar elokeichem, "Comfort, comfort My people, says your G-d"), so are we to console our Father in heaven (especially during the first nine days of Av), for, "woe to the Father who has exiled His children from His table" (Talmud, Berachot). We comfort Him by assuring Him that even in the darkest moments of our exile we retain perfect faith and trust in Him, that ultimately, all is for the good (though often we are unable to fathom this) and that our true and complete redemption is imminent.

The word Av is constructed of the first two letters of the Hebrew alphabet: alef, beit, which stand for (are the initial letters of) the two words emunah and bitachon, "faith" and "trust." In order to reach the initial alef and its subsequent beit, we ourselves, must return to our original alef, the Divine nothingness of our soul-root, as explained above.

May we merit this year to see our holy Temple rebuilt and standing eternally on the Temple Mount in Jerusalem, with the coming of Mashiach, of whom it says, hinei zeh ba, "behold, he has come." The Hebrew word ba ("has come" or "is coming"; spelled: beit, alef) is actually the inversion of the word Av (spelled: alef, beit). The Mashiach's coming is Menachem Av. Amen.

The Lowest of the Low

On Tisha B’Av we reach the low point of

Can we be Happy and Sad Sim...

How can we transform the mourning and sorrow over