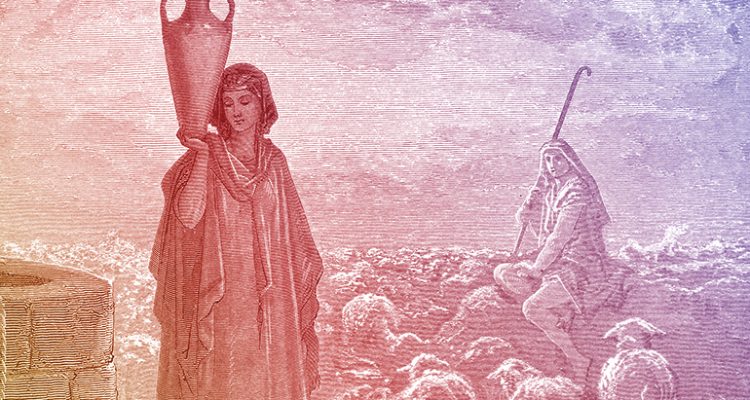 The summer pairs are:

We can further our understanding of what each month represents if we see the three pairs of winter and summer each representing three generations of father and mother, son and daughter, and grandson and granddaughter. Using this correspondence, Tishrei andCheshvan represent a father and mother. That Tishrei is a father is suggested by the first word in the Torah, בראשית which permutes to spell תשרי אב meaning, “Tishrei [is a] father.”

Thoughts of our father usually suggests to us a commanding and domineering figure, just as the month of Tishrei is full of commandments (Rosh Hashanah, the ten days of repentance, Yom Kipur, Sukot, the Four Species, etc.) from the Almighty, our Father, that alter our daily schedule for its duration.

But, in our mind’s eye, our mother usually suggests a gentler and more understanding figure whose instructions fit into our daily routine and guide us in refining our character and our lives. Likewise, the month of Cheshvan is void of any holidays or special commandments. Instead its focus is on resuming the normal pace of life and refining it.

Indeed, one of the most important days in the month of Cheshvan is the 11th, which commemorates the day of passing of our matriarch Rachel. Rachel was Jacob’s most beloved wife and was the principal of his household and thus the principal of the entire house of Israel. From the first day of the year, the 1st day of Tishrei, the 11th day ofCheshvan is the 41st day. 41 is the numerical value of the Hebrew word אם , which means “mother,” thus the 11th of Cheshvan is truly the Jewish Mother’s Day.

“Rachel cries for her children, she will not be comforted….” Rachel constantly mourns over the exile of her children, the Jewish people, and the Almighty comforts her with the words: “Withhold your voice from crying and your eyes from tearing, for there is a reward for your actions… and the children will return to their border.” Literally, “return to their border” refers to the return of the Jewish people to the Land of Israel. But, more deeply, it refers to the return of our people to our natural spiritual environs: Judaism and our ancestral Jewish nature. These are the borders that truly circumscribe the uniqueness of our people. Amazingly, numerically, the value of the Hebrew word for “border” (גבול ) is exactly the same as the value of the word for “mother” (אם ); both equal 41. How much more beautiful are the words of the prophet who promises our return to our border, our mother Rachel.

The mother defines and guards the uniqueness of the Jewish people, both physically and spiritually: physically, because one’s nationality as a Jew passes through one’s mother; and, spiritually, because the culture, atmosphere, and nature of being Jewish are nurtured by the Jewish mother. Our ability to return to, defend, and hold on to our physical borders, i.e., to the Land of Israel, depends on our success in returning to and guarding the spiritual borders of our people. Thus, Jewish mother’s day is also the day for reclaiming Judaism. The month of Cheshvan is therefore the month to return to our religious, cultural, and spiritual territory and to the actual physical borders of our physical territory, the Land of Israel.

Let us gain some insight into the month of Cheshvan and Jewish mother’s day by making some numerical observations. In Hebrew, Cheshvan is written with the four letters: חשון . The borders (the first and last letters) of Cheshvan are ח and ן , which together spell the word חן , meaning “beauty.” The word חן , “beauty” equals 58. The 58th day of the year is the 28th day of Cheshvan.

The numerical value of the two middle letters, שו , is equal to אשה , meaning “woman.” Thus, the name of the month itself hints at the special and unique grace endowed to women. King Solomon says that external beauty by itself is deceitful. If external beauty is all that a woman seeks then the name of the month becomes Marcheshvan, which means Bitter-Cheshvan. It is of such a woman King Solomon says: “And I find the woman to be more bitter than death.” But, of true beauty, the beauty of a Jewish woman that emanates from within, he says: “The woman of beauty shall support honor.” This true beauty is given to us, the Jewish people, by God through the Torah, for “there is no truth but Torah” and “there is no honor but Torah.” It was Rachel, who was first endowed with this real beauty. Rachel is described as the most beautiful woman in the Torah, “She had a beautiful face and a beautiful figure.” Thus, Rachel was the embodiment of the verse: “A woman who fears God, she shall be praised,” praised both for her grace and true beauty.

The beauty of the Jewish woman is not just a passive agent of spirituality. The sages teach that the offspring of Esau and his grandson Amalek can be defeated only by the children of Rachel.

But, sometimes the spirit of Amalek becomes bolder and captures a Jew (whether he be a private individual or a political figure) to the point of driving him or her to unconscious or even conscious self-hatred. This can result in a Jew’s cooperation with the enemies of our people.

Finally there are the direct spiritual offspring of Amalek: those enemies who threaten the lives of Jews and our return to the Land of Israel.

The sages say that beauty is a woman’s weapon. With everything that we have said about Rachel, her role as our matriarch, as the progenitor of Jewish nature, and of her beauty, it should now be clear that our weapon for defeating Amalek is the special beauty and grace of the Jewish mother. Joseph the tzadik inherited his mother Rachel’s beauty and he too is described as having a beautiful face and a beautiful figure. That is why the prophet says about him that “the house of Jacob will be fire and the house of Joseph its flame and the house of Esau straw, and together they will ignite him and consume him; and there will be no remnant for the house of Esau.”

But, beauty is no regular weapon. True grace and beauty work by attracting the sparks of holiness that are bound within the enemy. These sparks are God’s will that the enemy still exist. Yet, when they are redeemed by their attraction to true beauty, they escape the enemy’s grasp, leaving him void of any Divine source and causing his demise. True Jewish beauty and grace destroy the enemy indirectly by leaving him void of any beauty or grace himself, making him irrelevant and powerless.

The battle against Amalek in our generation must be conducted primarily with our ability to communicate to all around us the true nature of Jewish beauty and grace. It is to this beauty of Jewish nature and character that we return during the month of Cheshvan by reconnecting with our matriarch Rachel, with our own Jewish nature, and with ourselves.

The 11th of Cheshvan can be called “Jewish Mother’s