Cheshvan (in Hebrew: חֶשְׁוַן), or as it is also known, Mar-Cheshvan, is the eighth of the twelve months of the Jewish calendar.

In the Bible, Cheshvan is called the month of bool (בּוּל) a name that stems from the word for "flood" (מַבּוּל). The flood began on the 17th of Cheshvan, and ended the following year on the 27th of Cheshvan. On the following day, the 28th of Cheshvan, Noah brought his sacrifice to God and God swore never again to bring a flood upon the earth to destroy all mankind, and then revealed the sign of His covenant with the world, the rainbow.

Cheshvan is the only month which has no holidays or special mitzvot.We are taught that it is "reserved" for the time of Mashiach, who will inaugurate the third Temple in Cheshvan.

The letter nun is considered to be the letter of Mashiach, as is said (with reference to Mashiach): "Before the sun, his name is Ye-non [from nun]" (Psalms 72:17). As a verb-root, nun means "to reign." As a noun, it means "the heir to the throne" (from nin).

Cheshvan, the eighth month, is the month of Mashiach, because eight signifies the eternal revelation of the supernatural (the consummate state of rectified nature being the secret of the number seven). Whereas in our present reality, the "harp" played by King David and used in the Temple has seven strings, the harp of Mashiach possesses eight strings. Just as 8 transcends 7, so does 50 (the numerical value of nun) transcend 49 = 72.

In our present reality, the nun is bent over, confined by the boundaries of nature. With the coming of Mashiach, the nun will "straighten out" (the shape of the final nun – ן), and will break through the boundaries of nature also descending ("below the line") into the subterranean realms of reality in order to reveal there God's all-encompassing Infinite light.

Our sages teach us that the scorpion (עַקְרָב) is the deadliest member of the general category of poisonous creatures whose archetypal figure is the primordial snake of Eden. The Hebrew word for "scorpion," derives from the word meaning "heel" (עַקֵב) as is said: "And you [the snake] shall bite him [man] at the heel" (Genesis 3:15). Thus the scorpion symbolizes the consummate "bite" of the snake at the heel of man.

While the poison of the snake is considered "hot," the poison of the scorpion is considered "cold." The Mashiach is the one and only soul who can overcome, kill, and ultimately revive the primordial snake (in order to convert it to good). (The soul of Mashiach and his continuous state of consciousness manifest the ultimate rectification of "heat," "burning" solely in his love for God and Israel, as well as that of "cold"-absolutely "cold" to the false vanities of this world.) This is the secret of the well known gematria that "Mashiach" (מָשִׁיחַ) equals "snake" (נָחָשׁ).

Indeed, the Mashiach is also numerically related to the scorpion since "Mashiach" (358) plus 14 is equal to 372, the value of "scorpion." 14 is the value of David (דָוִד) and the 14th letter of the Hebrew alphabet is nun, the letter of the month of Cheshvan. Furthermore, the root-letters of Cheshvan are chet-shin-nun and they permute to spell "snake." One final point about the relationship of Cheshvan to the Mashiach who rectifies the snake is that whereas the snake is crooked and bent the nun in the word Cheshvan is "straightened out" as it is the final nun, as above.

Menasheh is the firstborn of Joseph. Deriving from the word "to forget" (literally "to leap, up and away"), Menasheh suggests the power of the tzadik (Joseph) to make us forget the hardships, trials and tribulations of this world, with the coming of Mashiach. By the power and sense of Menasheh, all of the pain of this world will transform and metamorphose into the pleasure of the Messianic era.

The name Menasheh (מְנַשֶׁה) permutes to spell "soul" (נְשָׁמָה). Menasheh represents the sense to reveal the Divine soul in Israel. In one place in the Bible, Moses is called Menasheh, for Menasheh is Moses (מֹשֶׁה) with an additional nun (the letter of Cheshvan).

Of Moses it is said that, "He is the first redeemer and he is the final redeemer" (See Shemot Rabbah 4:2; Zohar 1:253a; Sha'ar HaPesukim, Vayechi; Torah Or, beginning of Mishpatim). In his first lifetime (as "the first redeemer"), Moses did not attain the 50th gate of understanding—the understanding of God Himself, as it were, and His deepest intention in the creation of the universe. 50 is the numerical value of the letter nun, the letter ofCheshvan. But, when Moses will return as Mashiach—the final redeemer—he will be given forever the 50th gate, the nun of Mashiach, the secret of Menasheh (Moses with an additional nun).

In the Zohar we are taught that when Moses first passed from this world he received the 50th gate and was subsumed, as it were, in the Mishnah (מִשְׁנַה), another permutation of Menasheh (and Moses plus an additionalnun). Through the study of Mishnah today (in the time of exile) we reveal the soul of Israel and thereby merit the redemption of Moses-Mashiach and the universal revelation of the 50th gate of understanding.

The sense of smell is the most spiritual of all senses. The Hebrew word for "smell" (רֵיחַ) is cognate to the word for "spirit" (רוּחַ). The sages teach us that smell is the one and only sense that "the soul enjoys and not the body." As noted, in Hebrew, "soul" is a permutation of Menasheh.

The sense of smell is the only sense (of the five senses) that did not participate, and thereby was not blemished or polluted, in the primordial sin of man in the Garden of Eden. It is the sense which saved the Jewish people in the time of Mordechai and Esther, who are called Mor veHadas ("myrrh and myrtle," the two primary sources of fragrance).

Furthermore, it is explicitly stated that the sense of Mashiach is the sense of smell. "And he shall smell with the awe of God"—"he shall judge by smell" (rather than by sight or hearing. Isaiah 11:3; Sanhedrin 93b). By his sense of smell (his "holy spirit") the Mashiach will know how to connect each Jewish soul to its Divine root, and thereby identify its tribe (branch) in Israel.

The word for "intestines" (דַקִין) derives from the same root as the words meaning "minute" (דַקָה) or "grain" (דַק). It implies the power to dissect into fine, refined parts.

In the process of preparing the incense for the Temple (the consummate expression of the sense of smell in the Temple service), the priest would repeat (over and over) a phrase which uses the verb "to grind" (הַדֵק הֵיטֶב, הֵיטֶב הַדֵק), which is also cognate to the word for "intestines."

All of the sacrifices in the Temple service are meant to produce a "satisfying aroma" (רֵיחַ נִיחוֹחַ) and please the Divine sense of smell, which symbolizes God's "satisfaction" with the service of His children Israel in particular and with creation in general. The sages interpret the phrase "satisfying aroma" as "I am satisfied, for I have spoken and My will has been fulfilled." This Divine satisfaction with man and creation was first expressed on the 28th of Cheshvan, when Noah offered his sacrifice to God. Due to His satisfaction, God swore to Noah never again to destroy the world by flood. As is expressed explicitly in laws of the Torah, it is the fats of the intestines that when offered on the altar produce the "satisfying" aroma for God. For this reason the intestines are understood to control the sense of smell.

Cheshvan: Resources For the Hebrew Month of Cheshvan 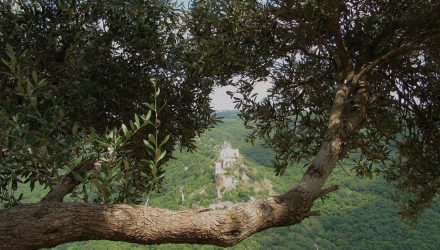 The Love of Rachel

On 11 Cheshvan we commemorate the day of the passing of our matriarch, Rachel. This day invites us to connect to her persona, learn about her and