The Month of Ziv

It is related in the Prophets (Kings I, 6:1) that King Solomon began the building of the First Temple "in the fourth year of Solomon's reign over Israel, in the month of Ziv, which is the second month, he began to build the House of G-d." The Radak explains: "The month Ziv is the month of Iyar… and it is called Ziv, as our sages explain, because of the splendor of the trees, namely the brilliance of the flowers and buds." Ziv means "splendor" or "brilliance." In this month of "brilliance" King Solomon "began to build the House of G-d."

The two names of the month, Ziv and Iyar (from or, the primary word in Hebrew for "light"), are indeed two synonyms for "light." They both relate to the special light that shines in this second month of the Jewish calender. In particular, Iyar refers to the light source (or to the light within and proximate to its source), whereasZiv refers to the expansion of radiant-energy as it shines far from its source. With regard to G-d's Divine light, the Ziv is that radiance which descends from its source to shine on the Jewish soul as enclothed in a physical body on earth, and to awaken in it the desire to build a House for G-d (within the context of physical reality, far removed, as it were, from the source of Divine light).

The Midrash (Tanchuma, Naso 16) states the ultimate purpose of creation: "The Holy One, Blessed be He, desired a dwelling place in lower reality." The Exodus from Egypt, in the month of Nissan, signifies the escape from boundaries of typical worldly assumptions (olam, "world," shares the same root as the word ne'elam, "concealment" of Divinity and of the soul's ability to sense the ultimate purpose of creation). This is the general physical and spiritual renewal of the consciousness of the Jewish soul. In the month of Iyar, the soul is further awakened and inspired with the desire to build an eternal House of G-d "in lower reality."

From the outset of creation until the giving of the Torah, the Creator decreed that the "higher reality" shall not descend to the "lower reality" nor shall the "lower reality" ascend to the "higher reality." With the giving of the Torah (in the third month of Sivan) this decree was nullified (Midrash Tanchuma, Vaeira 15) as it states, "and G-d descended on Mt. Sinai" and "Moses ascended to G-d." The two preceding months of Nissan and Iyarprepared the way for the annulment of the decree.

In Nissan, at the Exodus, "the King of Kings, Blessed be He, revealed Himself to His people." Here, the "higher reality" revealed Himself (while remaining in His place, as it were) to the "lower reality." In Iyar, the "lower" one is intensely aware of its "lowly" status. However, because of this very awareness, it simultaneously senses the ultimate purpose of creation and sees that the desire of "the tzaddik of the world" (G-d is called tzaddik in Deutoronomy 32:4) is to dwell specifically amongst the "lower" ones; it is certain that "the passion of the tzaddik[G-d's passion in creation] He will fulfill" (Proverbs 10:24).

During Iyar, the "lower reality" is slowly refined to become a proper vessel able to receive the revelation of the essence of the "higher reality." This is accomplished by fulfilling the commandment of sefirat ha-omer ("the counting of the omer; the word for "counting," sefirah is from the same root as "saphire," the brilliant stone known as even sapir, denoting the light scintillating from within lowly materiality).

Each and every day of the omer we count, that is, we illuminate the omer  (

) the grain offering consisting of fresh, new kernels of barley–animal feed) through the "saying" (

is the inner light within the

)."  And as is known from the writings of the Holy Arizal,

), which reflect the three stages in the emergence of all things created during the first six days of creation ("with ten sayings was the world created," in the secret of "from the thickening of lights did vessels emerge").

Just as the word

("firmament"), so too does the word Each and every day of the omer we count, that is, we illuminatethe omer (

(barley offering) ascend from below to above (the secret of the "returning light" in Kabbalah) by means of the process indicated by the final letters of the same words (although now in reverse order):

("light"). Thus we understand that the secret of sefirat ha-omer is the process of the drawing down of

("saying") and the elevating from below of

(the barley offering), this being the general expression of the "work of clarification" of the shattered holy sparks (as elucidated in Kabbalah). All this is accomplished while the "lower" one maintains its "lower" level. However, through the light of "counting" (

) , there is revealed and arises within one's consciousness holy sparks of will and desire to make for G-d a dwelling place below, here in the "lower reality."

In addition, during Iyar (by means of fulfilling the commandment of counting the omer) the Jewish soul becomes connected to the light of the primordial Torah as it was unified with G-d's essence before it descended to be given to the Jewish People on Mt. Sinai in the month of Sivan. As it is written (Proverbs 8:30): "Then I [the Torah] was by Him as a nursling (which the sages interpret to read: "I was the instrument used by G-d in creation"), day by day was I His delight" (the two days are interpreted as representing two thousand years that the Torah preceded creation, similar to the idiom used in sefirat ha-omer: "Today is the…day of the omer").

The principal revelation of the primordial Torah (that G-d "perused" in order to create: "G-d looked into the Torah and created the world" (Zohar 1:134a) and that as a "nursling" provided delight) occurs on the central day ofIyar: the 18th of Iyar, the 33rd day of the omer. On this day, the "lower reality" is especially sensitive to the power of the primordial Torah, the instrument of its own creation. Sensing this revelation, the Jew is empowered to count the omer, to refine his material nature, and to become a vessel and dwelling place for G-d, Blessed be He.

This special day, the jubilation day of the Rashbi (Rabbi Shimon bar Yochai–the author of the Zohar, the "Book of Splendor," in the month of Ziv ("splendor"), the month of the "brilliance [zohar] of flowers and buds") is the day that the deeper, esoteric parts of the Torah, the soul of the Torah, was given to the Jewish people. On this day the "luminary" (

, ma'or) of the Torah is revealed. The "luminary" of the Torah is the essential light source that carries within it the Divine power to bring about the teshuva ("return") of each lowly being–even the lowest of the low–as the sages stated, "the luminary within it (the Torah) will return him to the proper way".

From all the above we learn that during the month of Iyar three different levels of light shine forth:

) is a revelation from the hidden essence (proximate to its source). The "splendor" (

) is an illumination extending from the light reaching another, far removed soul, as explained in Chassidut. These three levels may be summarized in the mnemonic

("splendor"), in the secret of the verse (Proverbs 8:22): "G-d created me [the primordial Torah] as the beginning of His way, the first of His works of old [

The level of "luminary" represents the service of the ba'al tsuvah, the "master of penitence," of whom the sages say, "in the place that the penitent stand, even the perfectly righteous cannot stand." The level of "light" symbolizes the service of the tzaddik, "the righteous one" who is referred to as the "chariot" of G-d in this world. This is also the secret of the name Iyar (from or, "light"), with is read as an acronym for the four archetypal souls which constitute the Divine chariot: Abraham, Isaac, Jacob, and Rachel
(

). Finally, the level of "splendor" is the extension of the revealed light to illuminate souls at the lowest levels, shining upon them love and caring in order to draw them close to the Torah.

When we recite "Today is the…day of the omer," it is proper to meditate on and intend that "today" reflects the

("revealed light"), and "to the omer" symbolizes the

("splendor") that illuminates the Divine spark present in the heart of each Jew, in the innermost point of the heart–"the desire of the heart"–to awaken the powerful desire to make for Him a dwelling place specifically in the "lower reality." 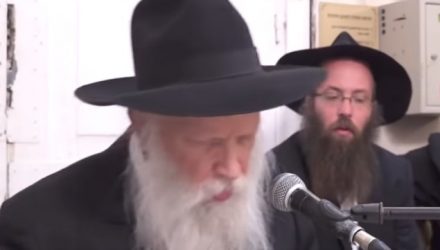